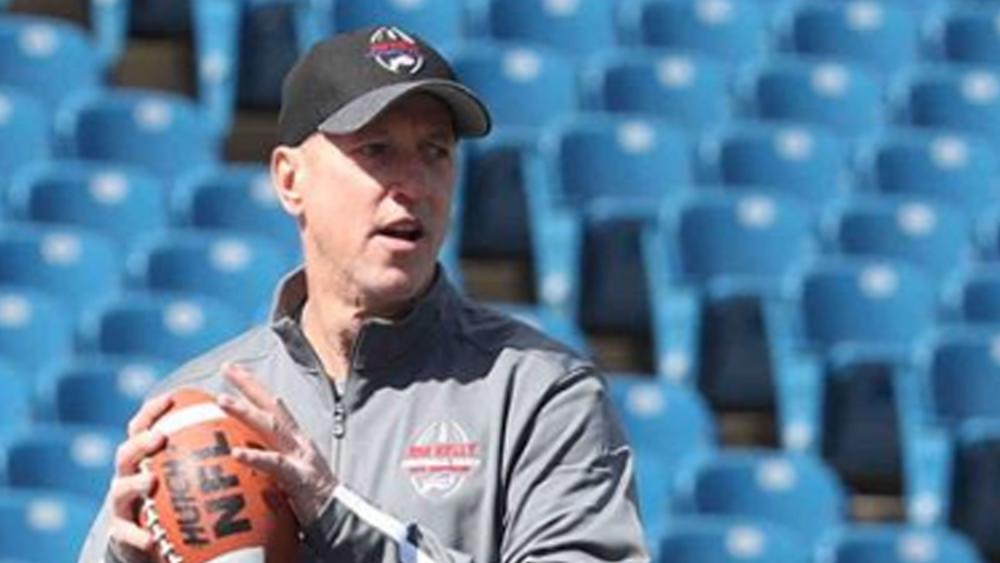 Kelly released a statement Thursday through his publicist saying he is "shocked and deeply saddened" by the news, and vows to once again fight to overcome the disease. He did not go into specifics on the diagnoses except to say the cancer was discovered following a test.

"As our family has faced many trials and triumphs throughout the years, you have blessed us with your prayers. We are asking for those prayers once again," Kelly said. "With all of you by my side, we will fight and win this battle together."

Kelly then closed his statement by saying: "Staying 'Kelly Tough' and trusting God will carry us through this difficult time."

The diagnosis comes a few weeks after Kelly celebrated his 58th birthday.

Kelly had been cancer-free since September 2014 , but had been required to undergo routine follow-up testing.

He was first diagnosed with squamous cell carcinoma, which led to him having surgery to have a portion of his upper jaw removed in June 2013.

Follow-up tests nine months later showed the cancer spread to his sinus, which led to radiation and chemotherapy treatments. Kelly lost 70 pounds while being treated.

The effects of the cancer and treatments led to Kelly having trouble speaking. He could also no longer produce saliva and had lost the sense of taste.

Kelly's wife, Jill, posted a note on her Instagram account accompanied with a picture of her with her arm around her husband.

"We are shocked, heartbroken, sad, angry, confused and just darn tired," Jill Kelly wrote. "Yet despite how we feel, we KNOW that God is a promise maker and keeper. ... The more life and heartbreak I experience, the more I realize that this is not the end of the story."

The cancer is back. We are shocked, heartbroken, sad, angry, confused, and just darn tired. Yet, despite how we feel, we KNOW that God is a promise maker and keeper. He is who He says He is! He can do what He says He can do! We don’t have to understand His ways to trust His heart. The battle is HIS. (Exodus 14:14) We need you... In addition to our faith, family, and friends...we really need you and your prayer warrior friends to pray. We’re all in this together. THANK YOU! The more life and heartbreak I experience, the more I realize that this is not the end of the story. Life is temporary. And short. But eternity...is FOREVER. Because we know that our eternity is secure in Christ, we can trust God with every breath upon this earth.

"Jim is a tough and courageous man, and we know he will fight this battle with strength and determination," the Bills said in a statement released by the team. "The Buffalo Bills will support the Kelly family during this trying time, and we ask our fans to pray for the family, as Jim beings the treatment process and the road to recovery."

Kelly spent 11 seasons with the Bills before retiring following the 1996 season and has since made Buffalo his home.

He is the Bills most accomplished quarterback and part of a team that reached four consecutive Super Bowl appearances — all losses — in the early 1990s. Kelly remains very active in the community particularly through his Kelly for Kids charitable foundation.

In January 2017, Kelly teamed with several cancer organizations and pharmaceutical giant Merck to produce a promotional campaign titled "Your Cancer Game Plan " to assist and advise people diagnosed with cancer. The campaign emphasized nutrition, education, communication with caregivers and maintaining a positive attitude.

Kelly told The Associated Press that staying upbeat helped him cope in beating cancer. He also refused to feel sorry for himself, which reinforced his desire to share his experiences with others.

"I have no room to complain," Kelly said. "If tomorrow the good Lord decides that's my last day, then I'm not going to go down with a frown. I'm going down with a smile on my face, knowing that I've gotten everything out of life."