A Fairytale End To The 16th Season of American Idol 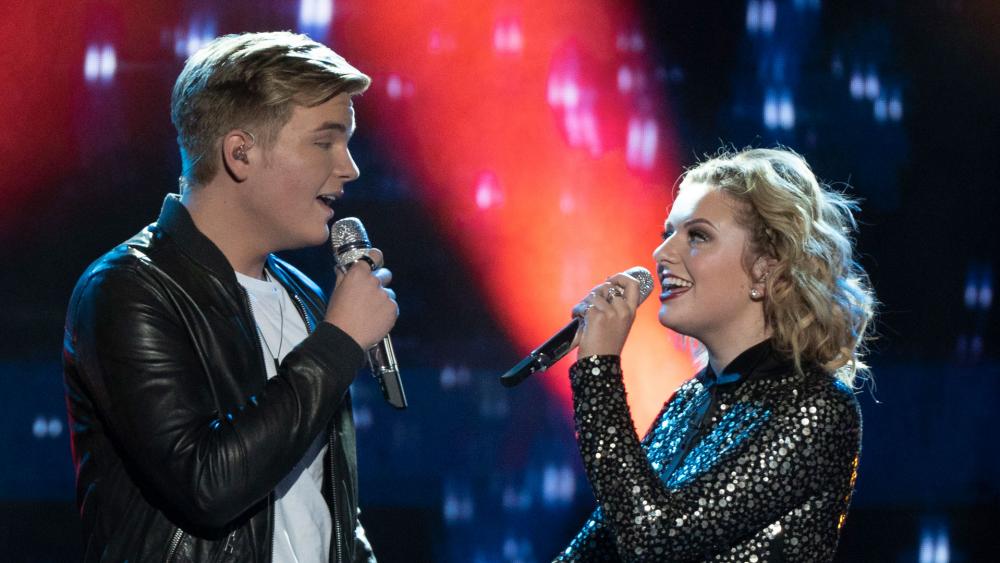 It was a fairytale ending to the 16th season of American Idol.

Just prior to the announcement of Maddie Poppe's victory, runner-up Caleb Hutchison revealed that the two are dating.

American Idol host Ryan Seacrest asked if there was any significance to the song they would be singing together, "Somewhere Over The Rainbow," to which Hutchison said,
"Well, you know, Maddie's like my best pal. I've known her since the beginning of Hollywood Week, and you know, she, uh – she actually happens to be my girlfriend."

The crowd roared in response while the couple smiled on stage. Katy Perry spun in her chair in excitement before Seacrest took the microphone again acknowledging the spin of competition.

"So, the two of them are a couple, and they're competing for the title."

After the announcement of their relationship, the couple sang their final duet as competitors. Hutchison praised the victory of his newly-announced girlfriend on Twitter:

"MY GIRLFRIEND WON AMERICAN IDOL!!! No one deserved it more than you babe. I am honored to know you and even more honored to call you mine. Don't forget about me. I love you."

MY GIRLFRIEND WON AMERICAN IDOL!!! No one deserved it more than you babe. I am honored to know you and even more honored to call you mine. Don’t forget about me. I love you ❤️ pic.twitter.com/S0g73ZIyfP

The evening closed with Poppe winning $250,000 and a recording contract.

Adding to the sentiment, Poppe broke down crying during her coronation song at which point her fellow competitors joined her on stage for a group hug and to finish the song with her.