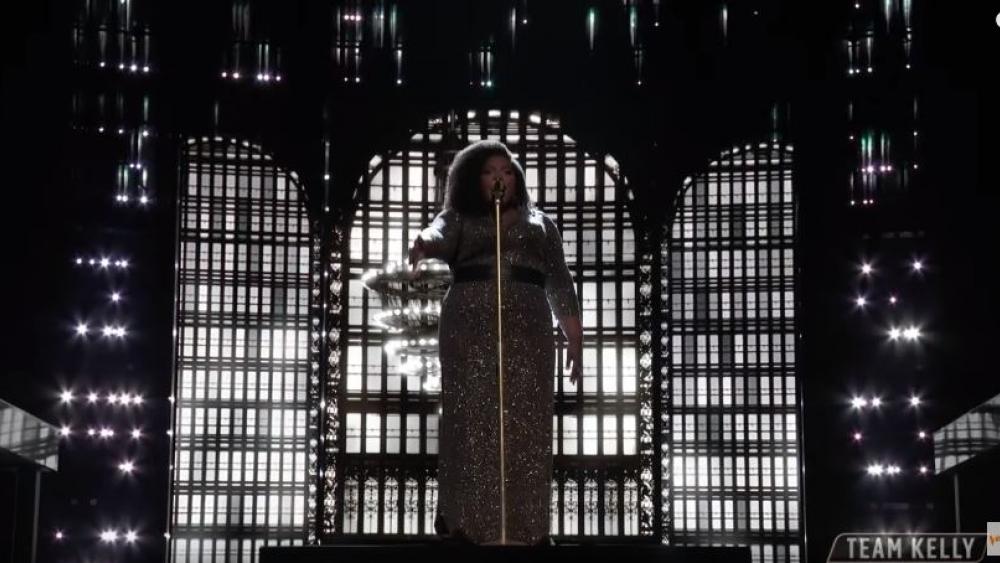 On Monday night's live telecast of NBC's "The Voice," viewers across the country probably thought they had tuned in to a gospel songfest rather than a singing competition.

The name of Jesus was proclaimed loud, long and strong by contestant Kymberli Joye when she performed the song "Break Every Chain."

"There is power in the name of Jesus," she sang on a stage dressed to look like she was standing in front of a church's stained glass window.

A native of Windsor, Connecticut, Joye, 26, is a worship leader and minister, and she sings in the choir at her church where her parents are pastors, according to her bio on The Voice website.

For the past seven years, she has been working alongside chart-topping gospel singer JJ Hairston. One of the albums they recorded has been nominated for a Grammy, according to the website.

Watch Joy's performance of "Break Every Chain" below: