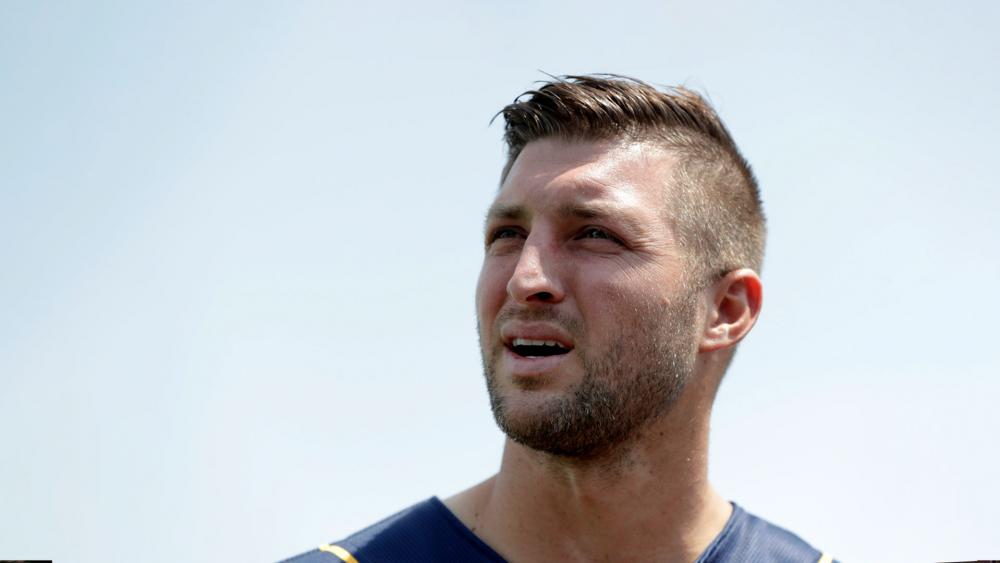 Tim Tebow is just months away from releasing his first movie.

Tebow co-produced the film with with brother, Robby. The story follows the life of Zach and David, two fictional brothers grieving their mother's death and father's sudden abandonment.

They turn to football and faith to handle their devastating loss, but it isn't easy. After one of the brothers suffers an injury, they must figure out how to salvage their careers and depend on each other.

"I wanted to be part of something that's encouraging and inspirational to the viewer. I believe 'Run The Race' accomplishes this by showing two brothers struggling with real life, but them getting through it by supporting each other and their faith," Tim Tebow said in a statement. "I hope those who see it can walk away with more faith, hope, and love."

Although Tebow isn't the one in front of the camera this time around, he can identify with the two brothers in the movie.

"There are a lot of similarities in my life between two brothers supporting one another, having each other's back, believing in one another," Tebow shared. "My family and my brother have always given me so much support. That's made such a big impact on me being able to go after my dreams."

In 2016, Tebow ended his football career to try and play professional baseball with the New York Mets. However, that dream came to a halt when he broke his hand in July.

"Every setback is just another opportunity for a comeback. I love and embrace that," He said. "I still had an exciting baseball season and it's been a really fun ride. But I'm excited to be able to get back to work, heal this thing up, and get right back at it."

'Jesus is on Your Side': Tim Tebow Preaches Powerful Message to Fans
CBN News Email Updates