'The Only Thing that Is Eternal Is Jesus': These Players Win and Lose with Grace in NCAA Tourney 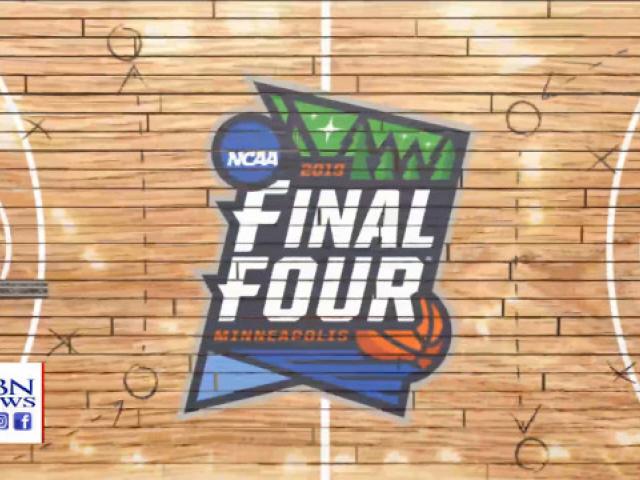 'The Only Thing that Is Eternal Is Jesus': These Players Win and Lose with Grace in NCAA Tourney

MINNEAPOLIS, Minnesota - One year ago, the Virginia Cavaliers were on the wrong end of the biggest upset in college basketball history. Now they're one win away from redemption.

Tonight, it's UVA against Texas Tech with a national NCAA title on the line. But players from all the Final Four teams say they aren't just here to play basketball.

In the 2019 Final Four over the weekend, it was Virginia vs. Auburn and Michigan State vs. Texas Tech after all four teams had battled round after round to get here for a shot at the national title.

But after an exhilarating Saturday night of basketball filled with big shots and controversial calls, Virginia and Texas Tech emerged as winners to play face off Monday night for the National Championship.

Auburn and Michigan State may be headed home, but players from all four teams agree that win or lose, God still has a plan for their lives.

The Auburn Tigers had a historic run during this year's NCAA tournament, becoming the only team to beat Kansas, North Carolina, and Kentucky back-to-back to make it to the Final Four - their first in school history. Though they fell just shy of advancing to the championship game, they still give God the glory for the opportunity.

Auburn Forward Thomas Collier said, "My sole purpose on the earth is to glorify God. And having faith in Christ, like you want to work as hard as you possibly can for the Lord. You know, that doesn't mean God will bless you with a win. Do our part play 100 percent and God will have a perfect plan for you."

Auburn Guard J'Von McCormick said, "In the lows and the highs... just know that He's going to be there for you, and you just got to give glory to God."

Michigan State did what many thought would be near impossible for any team - defeat Zion Williamson and the Duke Blue Devils to get here. A lot of their motivation came from sophomore Guard Joshua Langford who was injured earlier this season. He's relied heavily on his faith to keep things in perspective and to help inspire his teammates from the bench.

"Because of my belief in God, it's allowed me to have a good foundation," Langford said. "Throughout the whole process, I've just been trying to figure out what else God has placed inside of me, and I feel like that's you know, my voice. That's a gift from Him and I've been using it and trying to help for the team."

Michigan State Forward Gabe Brown said, "I believe God works in mysterious ways and in each way possible, so for me to go out there, He's given me the ability to play out there. So I thank him every time I step on the court because I know one day it could be taken away."

During the 2018 NCAA tournament, UVA made history, but for the wrong reason, when they lost to UMBC, becoming the first #1 seed to get knocked out in the first round. But redemption came this season because now they're playing for a national championship. It's a story that began with Head Coach Tony Bennett and five biblical pillars.

"There's a verse that says always be prepared to give a reason for the hope that you have but do it with gentleness and respect," Bennett said. "I think that's what you have to do. I know what my hope is for me. I know what my life is grounded on. There's nothing that touches it. It's a joy that's unspeakable."

"And when you have players, our program is built on pillars, five - they're actually biblical pillars," he said. "I'm always respectful, whether they believe that or not, they're wisdom for our program: Humility - do you know who you are as a team and as a player? Passion - do you play with passion? Unity - being part of something bigger than yourself. Servanthood - the way to greatness is through being a servant. And thankfulness. We use those for our team specifically. And again, you always hope that through sports they become better players and young men, and they'll always return what you just model to them."

Virginia Guard Kyle Guy has been a shooting rock star throughout the tournament. During the gritty match against Auburn, his skill was on center stage when he had to make three free throws with the game on the line after he was fouled trying to make a 3-point jumper for the win. Every kid dreams of moments like that. After preparation meets opportunity, Kyle says he leaves everything else in God's hands.

"I would not be here without Him. I always shower before games and that's kind of how I get my mind right, say a little prayer or whatever. I always obviously with everything I've been through and this team's been through, I'm always praying…I want to win more than anything. But I know Your plan is greater so that's something I can hang my hat on," he says.

Who would've thought that Texas Tech would be playing UVA in the championship game? Most probably didn't. But the Red Raiders have shown resilience the entire tournament. For some of them, that tenacity and focus stem from a shared faith in Jesus Christ.

FAITHWIRE: Texas Tech Star Was Playing the Absolute Perfect Worship Song When He Found Out He Was Player of the Year

Texas Tech Forward Norense Odiose said, "My father's a pastor and so is Jacoby's dad. I just grew up in a household where God is the center of everything that we do. Back home…we get up at 5 a.m. to pray and have our quiet time before we start our day. Just having a good relationship with Christ, it just fuels me and it keeps me going."

Matt Mooney had a big game against Michigan State. The sharp-shooter dropped 22 points against the Spartans including four 3-pointers. He says that's his way to glorify the name of Lord.

Mooney said, "Number one is my faith. At the end of the day, basketball is not eternal. The only thing that is eternal is Jesus. You can't take money or basketball when you die, so you know I'm blessed, and I try to play for an audience of one when I get out there."