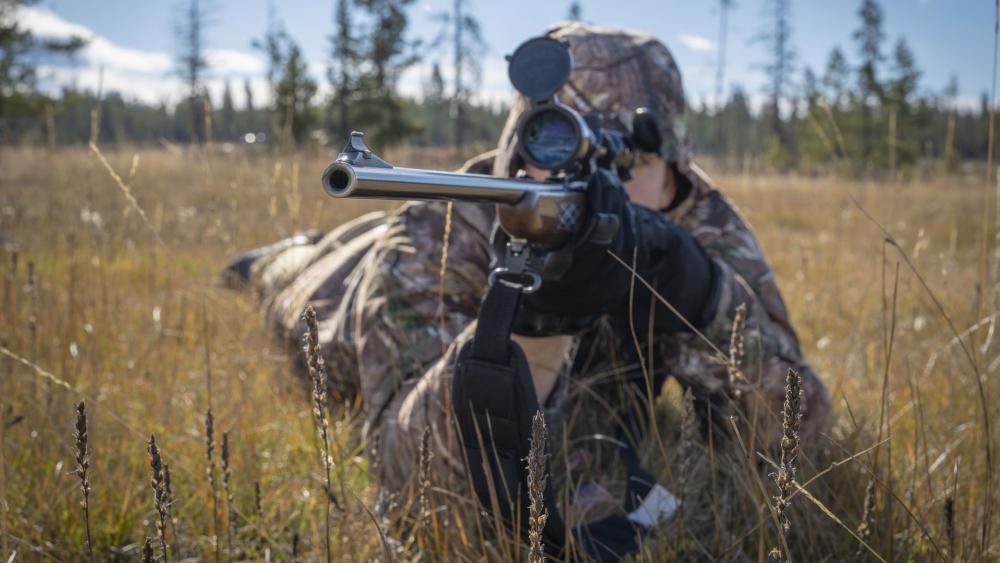 Universal Pictures has canceled the release of the controversial and violent movie 'The Hunt', simply saying that 'now is not the right time.'

"While Universal Pictures had already paused the marketing campaign for 'The Hunt,' after thoughtful consideration, the studio has decided to cancel our plans to release the film," a spokesperson for Universal said in a statement. "We stand by our filmmakers and will continue to distribute films in partnership with bold and visionary creators, like those associated with this satirical social thriller, but we understand that now is not the right time to release this film."

Following a series of mass shootings, the decision to cancel the release was made by Universal and 'The Hunt' filmmakers, Variety reports.

At first, the film sounds like a modern movie rehash of the Richard Connell's famous short story The Most Dangerous Game, in which a big-game hunter falls off of his yacht and swims to an abandoned island, and becomes the game when he's hunted by a Russian aristocrat.

But in the controversial new NBC Universal motion picture The Hunt, rich vacationers pay to hunt "deplorables" for sport. The violent, R-rated film is being slammed online and in the media well before its scheduled Sept. 27 release.

"Deplorables" is part of the phrase "basket of deplorables" delivered in a speech by Democratic presidential nominee Hillary Clinton in September of 2016, which she used to describe some of the supporters of Republican nominee Donald Trump. Trump supporters later used the term to describe themselves. Clinton later admitted in her 2017 book that it was one of the factors that cost her the election.

The timing of the movie's release has also been called into question with the recent mass shootings in El Paso, Texas, and Dayton, Ohio that has traumatized the nation.

"This certainly shows Hollywood for what it really is –  demented and evil," Media Research Center Vice President Dan Gainor told Fox News. "At a time when journalists try to blame President Trump for every act of violence in the world, wannabe Tinseltown terrorists are making sick murder fantasies about right-wingers."

The Hunt is being advertised as satire. A group of 12 strangers or "MAGA types" wake up in a clearing to discover they are being hunted by a group of elites. "It features guns blazing along with other ultra-violent killings as the elites pick off their prey," according to The Hollywood Reporter.

This week, NBC Universal, the parent company, pulled some of its advertising for the film.

"In the aftermath of mass shootings within days of one another that shocked and traumatized the nation, Universal is re-evaluating its strategy for the certain-to-be-controversial satire," The Hollywood Reporter reported Tuesday.

ESPN has also pulled commercials for the film that it had previously cleared. A trailer is already online.

DePauw University professor and media critic Jeffrey McCall told Fox News that the movie is "harmful to a culture that surely needs messages of unity and understanding" during the current climate.

"It says something sad about the state of the 'entertainment' industry that this movie ever got conceived and produced. Hollywood clearly thinks it is OK to stereotype so-called deplorables and set them up for a hunt," he said. "Thank heavens some sensible outlets are pulling the promotional ads."

Even political satirist Tim Young –  who makes a living by poking fun at topical issues – thinks The Hunt goes way over the line.

"Why would anyone think it's a great idea to have a movie about hunting down someone who doesn't agree with them politically?" he told the cable network. "It's remarkable to me that the left blames Donald Trump's rhetoric for violence, then literally spends millions to normalize the killing of people based on politics."

"We're told over and over again by the left, especially in Hollywood, that this country is more divided than ever and we need to come together... is this what they mean by it? Come together to murder your neighbors that you don't agree with? This film is sick and shows just how hateful the left has become," Young added.

Several media sources have reported the original title of the film by the producers of "The Purge" franchise was Red State vs. Blue State.

"Employees in different departments were questioning the wisdom of making such a movie in these times," one filmmaker with ties to Universal told The Hollywood Reporter. "In light of the horrific (recent shootings), is this not the most craven, irresponsible, dangerous exploitation?"