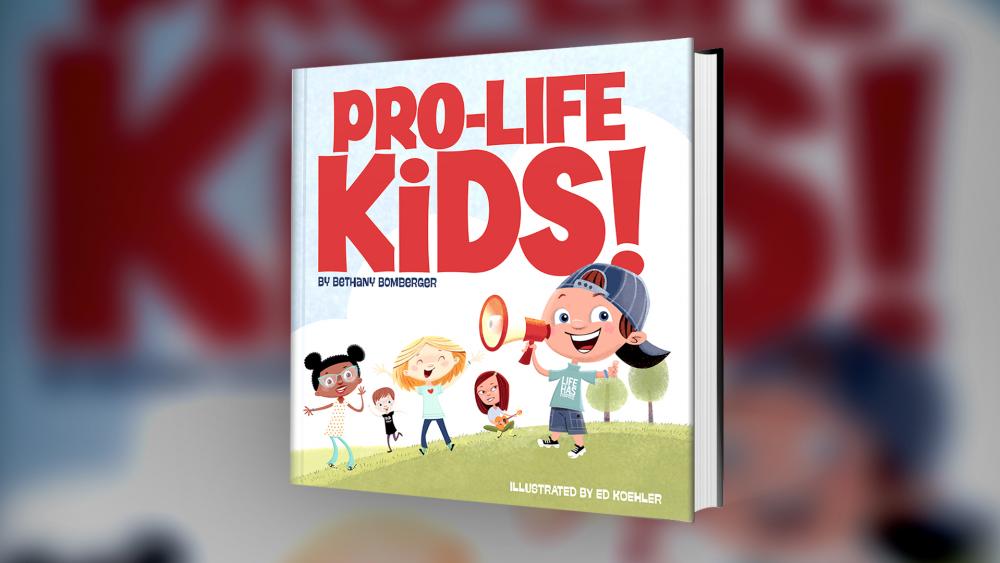 How do you pass on to children the belief in the value of each human being?  A new book for kids has been created to help do that very thing.

It's titled, Pro-Life Kids! and author Bethany Bomberger says her purpose in writing the book is to help parents instill a pro-life worldview in their children. Bomberger wants to encourage kids to "speak up for life" and refute the "lies" of the abortion industry.

"A lot of my heart and passion is empowering children to be leaders at a very young age and know what they believe," Bomberger recently told The Christian Post in an interview.

The book hopes to refute the lies of today's pro-abortion establishment by explaining other times in history when the prevailing winds of culture also diminished the importance of being human.

"The same evil pseudoscience of eugenics that has birthed Planned Parenthood and what is the current-day abortion industry is the same philosophy that motivated these things in history like the Holocaust," Bomberger told the CP. "It is where one group of people believed that they could strip humanity from another group of people. We've seen it in the Holocaust. We've seen it in slavery."

An excerpt from the book, reported by CP, explains those times and the underlying beliefs that led to the killing and mistreatment of people.

"Throughout history, many believed a lie," the book reads, as it shows an illustration of a slave owner whipping black slaves.

"You are not a person," says the next page as it shows an illustration of a Nazi officer pointing at Jews in a concentration camp.

"Today many think the lie is still true — that babies in wombs aren't people too," Bomberger follows on the next page. "Abortion is when some people say it's okay to take that baby's precious life away."

Bomberger knows firsthand the intrinsic value of a human being, no matter how that person came to be. She herself is an adoptive parent, married to a man who was born as a result of rape and later adopted.

"As a Christian, I believe that God is pro-life," Bomberger told the CP. "He sees His creation and humanity, and His heart is that we would fulfill our purposes in Him. And I really believe that was my motivation for being a teacher, for being a mentor over the years, is really stepping in and saying every life is valuable, regardless of your upbringing, your socioeconomic level."

This new children's book is 52 pages in length, illustrated, and endorsed by leading pro-life activists such as evangelist Alveda King and "Unplanned" author Abby Johnson. Target age groups for the book are kindergarten through sixth grade.

"Pro-Life Kids!" is available on backorder at the book's website. It has already sold out of first-run copies. By mid-December, it will also be available on Amazon.

Bomberger hopes her new book will go down as one that celebrates how important human beings are, even in the womb, and helps parents instill that appreciation in their children.

"And as a teacher for many years in elementary schools, we have read books on slavery. We've read Number the Stars, which is about the Holocaust," she added. "These are all award-winning books in elementary schools that are touching on issues that really talked about what happens when you strip humanity from a human. When you strip their personhood from them, it never turns out well."