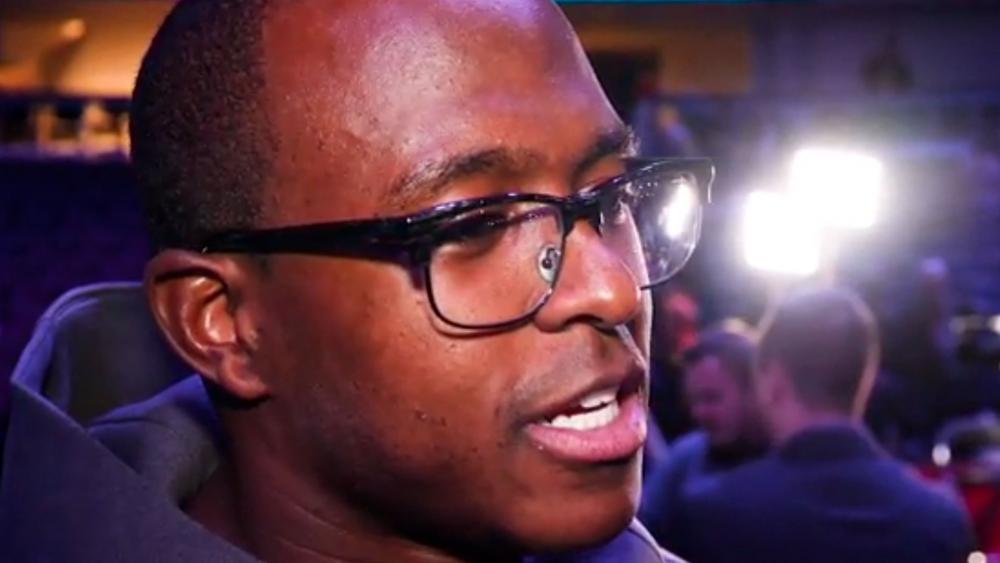 Ask New England Patriots Team Captain Matthew Slater what he's going to call at every coin toss during his professional football career and he'll tell you.

"Well, I remember as a child watching my father play in LA and him going out and doing the coin toss for the Rams," Slater, a devout Christian, told the Boston Globe.  "He always called heads, so I asked him one time, 'Hey, why do you do that? What's the story behind that?'"

"I think anyone who knows my family knows faith is important to us, and for him, he was always like, 'You know, God's the head of my life, so I call heads'," he explained. "That was something he came up with, and I've kind of just embraced it."

Slater also told the newspaper his father will be cheering for him, even though Jackie Slater spent 20-years as an offensive tackle for the Los Angeles Rams.

"We had a good conversation Sunday night," Slater said. "He's going to support his son, so we cleared the air on that last night, and we're all squared away."

Matthew Slater says the Super Bowl is just a game he's playing in this Sunday.

"This is not life and death. This is not the biggest thing that we'll do," he recently told CBN Sports. "The biggest and most important decision we'll ever make in our lives is what we do with the knowledge of Jesus Christ."

Slater continued, "We love what we do but we have to keep perspective on the greater good!"

Slater is known for being quite vocal about his Christian faith. Before last year's Super Bowl against the Philadelphia Eagles, he even made it a point during a press conference to talk about how he didn't just admire the other team's playing ability. He talked about how much he admired their faith.

"I really appreciate Carson's boldness for the Gospel, how he represents Christ day in and day out," the 11-year NFL veteran said. "And it's not only him. You know, Nick does that as well. Chris Maragos. Brother Burton. I mean, there are a lot of brothers over there that stand firm for what they believe in, they represent the Gospel in a tremendous fashion."

"Ultimately, I know, to them and myself, that's what's going to matter for eternity beyond the game of football," Slater said. "They'll be my brothers in the Lord for a long time to come."

Slater, who may hold to what's known as The Patriot Way on the field, has his own way off the field. He's known to all the Patriots fans for his football, his family, and his faith.

In 2017, before New England's appearance in Super Bowl LI, Slater also took the opportunity to talk about Jesus Christ to the media.

In a short video that was posted to YouTube, Slater is shown talking to reporters about his faith and how they too can become Christians.

"But there's a backup plan in that. He sent his son his son Jesus.  And I believe that Jesus is the Son of God... is God.  He came here. He died on the cross for my sins, your sins, everybody's sins, everybody who's willing to accept that truth," the New England Patriot said. "And if you're able to put your trust in Him, and confess with your mouth and believe in your heart that He is who He says he is.  Then from there, you can initiate a relationship with Him."

"But I also believe that repentance is a big part of that as well. You have to turn from your old life of sin and try to model a Christ-like life. I think that's something we'll never fully figure out on this side of Glory, but it is certainly a one day at a time process that I've been so blessed to be on for the last 25 or so years," Slater said.