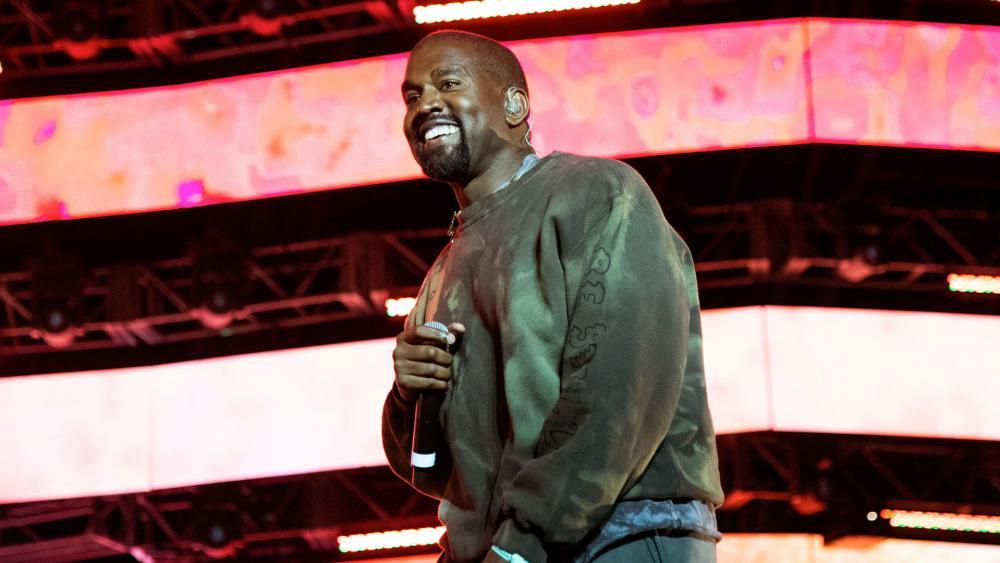 American rapper and recent Christian convert, Kanye West, has announced the launch of his first Biblical opera. The production will tell the story of Old Testament character and monarch of the Babylonian empire, King Nebuchadnezzar.

Faithwire: ‘I Wanted to Die’: Traded for Drugs as a Toddler, Her Life of Drugs and Jail Is Transformed Through Faith

West announced the new show on Twitter, revealing that it will debut at the Hollywood Bowl on 24th November, and will feature music by the Sunday Service choir.

King Nebuchadnezzar, the most powerful leader in Babylonian history, is featured heavily in the Old Testament — particularly in the Book of Daniel. After seizing Jerusalem, the King began to experience terrible dreams and commanded Daniel to interpret them for him.

Daniel interpreted Nebuchadnezzar’s dream consisting of an image made up of differing metals in Daniel 2:31-45. The four metals represent Babylon, Medo-Peria, Greece, and Rome. The different kingdoms represented in Nebuchadnezzar’s dream are often compared to the prophesies of the book of Revelation. Daniel explained to the king that the statue represented four successive kingdoms based upon power and wealth, beginning in Babylon. The stone and mountain signified a kingdom established by God which would never be destroyed nor given to another people.

Even the great King Nebuchadnezzar did not have endless wisdom at his disposal to render the meaning of his dream. “Surely your God is the God of gods and the Lord of kings and a revealer of mysteries,” the kind responded, “for you were able to reveal this mystery” (Daniel 2:47).  Daniel prayed, sought wise counsel, remained humble, and trusted God even when he could not see what outcome would be.

The King was also known for his wild temper and outbursts of rage. In Daniel 3, he commands all the Israelites to bow down and worship him.

“As soon as you hear the sound of the horn, flute, zither, lyre, harp, pipe and all kinds of music, you must fall down and worship the image of gold that King Nebuchadnezzar has set up,” the herald proclaimed.

Three of Daniel’s contemporaries, Shadrach, Meshach, and Abednego, refused. So, the King heated up a furnace to seven times its regular heat and tossed the men into the flames.

Faithwire: Texas Pastor Robert Morris: ‘There Are Consequences’ If You Don’t Take a Day Off

Incredibly, despite being bound and tossed into the inferno, the group survived. Unscathed, they emerged from the fire and came before the King to show him what the Lord had done. Nebuchadnezzar was astonished and gave thanks for the men’s faithfulness to God and the showing of His power to deliver them.

“Praise be to the God of Shadrach, Meshach, and Abednego, who has sent his angel and rescued his servants!” he said. “They trusted in him and defied the king’s command and were willing to give up their lives rather than serve or worship any god except their own God.”

In a Beats 1 interview with DJ Zane Lowe, West compared himself to Nebuchadnezzar.

“Nebuchadnezzar was the king…And he looked at his entire kingdom and said, ‘I did this.’ And God said, ‘Oh, for real? You did this?’ Sounds kind of similar, right?” West explained, according to Forbes. “I’m standing on the tip of the mountain talking about Yeezus. Saying, ‘I did this!’ That I’m a God! And I would—I could talk to Jesus at the end of my show. I had (laughs) a guy dressed up as Jesus, at the end of my show.”

Referring to his own mental health problems, West added: “Nebuchadnezzar was diagnosed with bipolar disorder…and he was still king!”