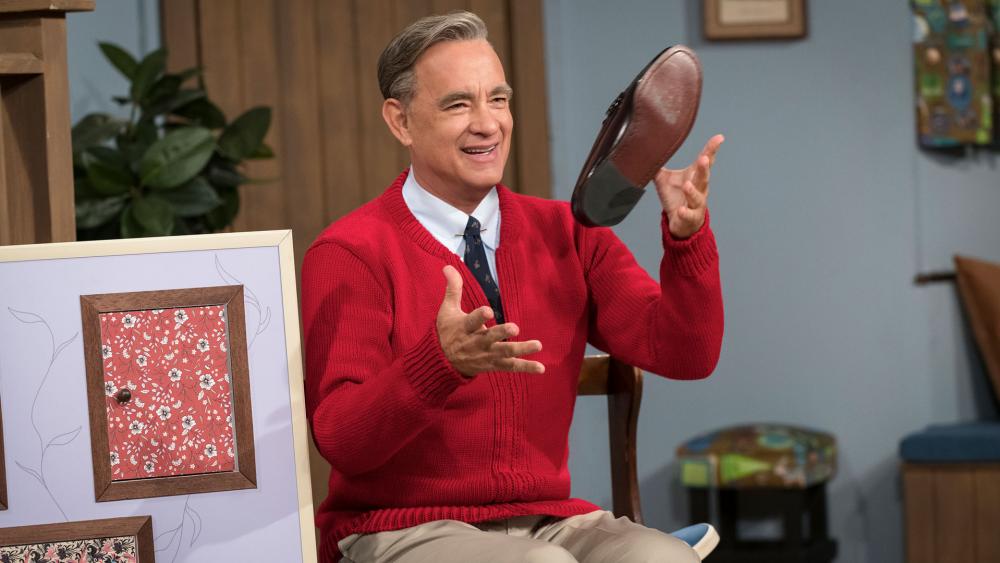 It turns out actor Tom Hanks has a lot more in common with Mister Rogers than his looks.

Talk about getting into character, as if he wasn't already the spitting image of the red-sweater-wearing icon of the PBS children's TV program "Mister Rogers’ Neighborhood", Hanks' connection to Mister Rogers goes beyond the silver screen.

"A Beautiful Day in the Neighborhood", the Mister Rogers biopic starring Hanks, opens this Friday. The feature film about the life and work of the meek and mild Fred Rogers has already scored rave reviews at the Toronto Film Festival.

"Hanks is such an obvious choice to play someone as beloved as Fred Rogers that his performance is something that could be in danger of being taken for granted or overlooked. He just makes it all look so easy - the almost uncomfortably slow way that he speaks. But it’s a testament to Hanks that you can’t 'see' the work. But much like Fred Rogers, you don’t have to understand it to be moved," Bahr writes in a review of the film.

The film is rated PG for “some strong thematic material, a brief fight, and some mild language.” It's reportedly aimed more at adults than children since it deals with a skeptical investigative journalist who just doesn't believe Mister Rogers is for real.