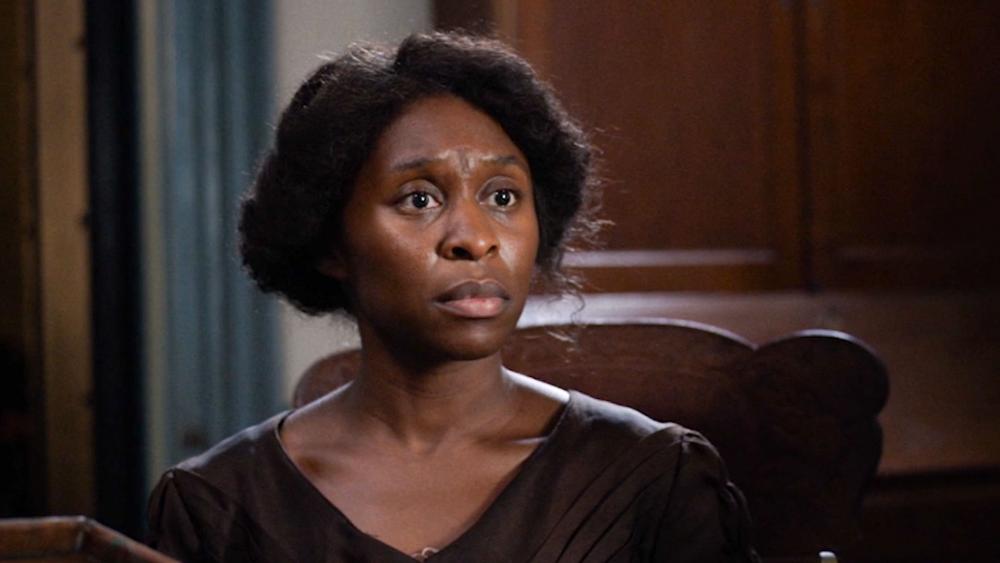 DORCHESTER COUNTY, MD – The US Treasury may have delayed Harriet Tubman's debut on the $20 bill, but her spotlight on the silver screen begins on November 1. It's an incredible journey of faith for the former slave who never learned to read or write but still managed to lead dozens of slaves to freedom.

The last known photograph of Harriet Tubman was taken about a month before she died in Auburn, New York in 1913. She's buried with the simple epitaph: Servant of God, Well Done.

The Moses of Her People

The incredible story behind these five final words begins in Dorchester County, Maryland, where she was born into slavery in 1822 and named Araminta Ross. Today there's a new mural just outside the town's Tubman Museum, where a crowd of tourists gathers to learn more about the beautiful, bold, bad, black woman called "the Moses of her people."

"She was a formally enslaved woman, who took her own freedom," Larson told CBN News.

"She was the middle child of nine children of Ben and Rit Ross. She had four brothers and four sisters. And she had this intensity about her. This love for her family. Love for her community. And profound deep faith that guided her, protected her. All of those things made this woman that became the greatest underground railroad agent of all time," Larson said.

"It's almost like my action film. This is my superhero film," Lemmons said.

Harriet Tubman was illiterate. "And remained illiterate," Lemmons said. "She never learned. She said she didn't have a talent for it. But she had a more important communication. She knew things without having to read them. It just seems incredibly inconvenient to us now."

Erivo said the greatest lesson Harriet Tubman taught her "That even when you feel small, or insignificant, you probably have more power than you know. That I have more strength and will in me in order to change the world that I have stuff to offer this world."

And even in terms of stature, Erivo has something in common with Harriet, who was five feet tall. Erivo is just five-foot-one.

The film also introduces us to William Still, who was known as the father of the underground railroad, as well as an abolitionist and writer.

"And a friend to Harriet Tubman," Leslie Odom said. "And really the last stop on the underground railroad, on this great network."

"Harriet" is the first theatrical film on the life of Harriet Tubman. I asked Erivo why it has take so long.

"I know there have many attempts up until this point," she said. "And even this film has taken a very long time. It was written 20 years ago and really didn't start seeing the light of day until ten years ago. And it was three years from the moment Deborah found me. It's taken its time. But Kasi and I like to joke maybe it's Harriet who decided now is the time for her."

And for a woman who believed in God's timing, that's no surprise.