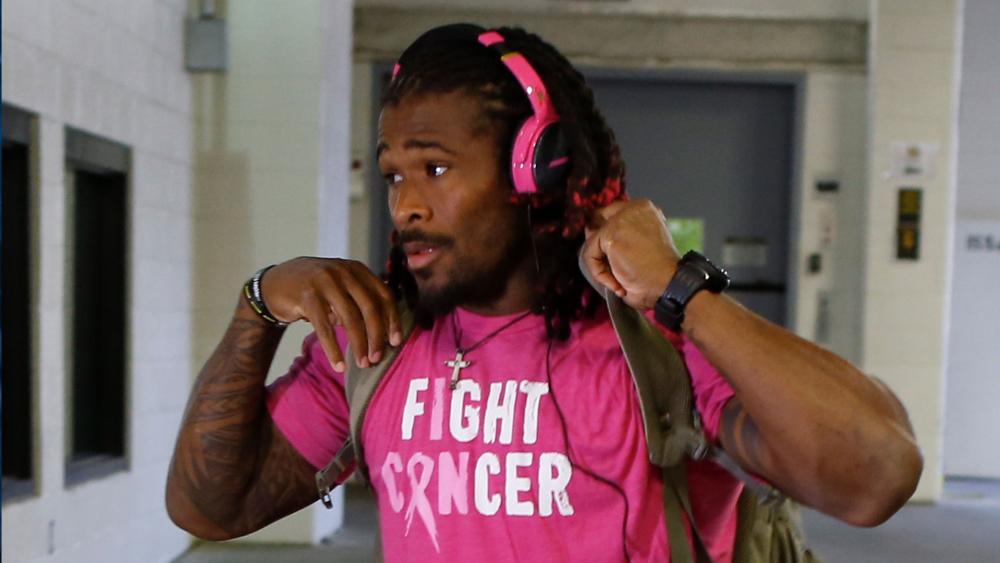 Former Pittsburgh Steelers running back DeAngelo Williams is dedicated to fighting breast cancer because for him, the matter is personal.

NBC News reports that since 2015, Williams has paid for more than 500 mammograms through his non-profit organization, The DeAngelo Williams Foundation (DWF).

Williams was inspired by his mother, Sandra, and her four sisters who all passed away from breast cancer.

He began sponsoring the free mammogram screenings through the "53 Strong for Sandra" program. Williams' mother was 53-years-old when she died from the disease.

By 2017, the foundation expanded the outreach of "53 Strong for Sandra" by funding mammography screenings for women in Pittsburgh, PA and Memphis, TN while continuing service at its home site in Charlotte, NC.

And In 2019, DWF hosted a "53 Strong for Sandra" event in Arizona at NEA Baptist Hospital where Sandra received treatment.

"This is such a serious situation, or event that's happening. And it's life-changing for some people. So you don't want them to experience it alone. And I go in there and let them know, 'Hey, I've been there before,'" Williams said.

The foundation also covers the cost of all follow-up appointments and treatments after the mammogram.

"We are enabling them to get this care that no one should ever be denied or not have access to," he added.

In 2009, Williams pushed for the NFL to allow players the option to wear pink cleats for Breast Cancer Awareness month. He has also sported pink dreadlocks throughout the rest of his football career.

"Pink is not a color. It's a culture for me. To all the survivors and all the ones going through it, we love you. You're not alone. We will continue this fight against breast cancer."

The DWF is currently looking to expand to other cities with the goal of reaching all 50 states.