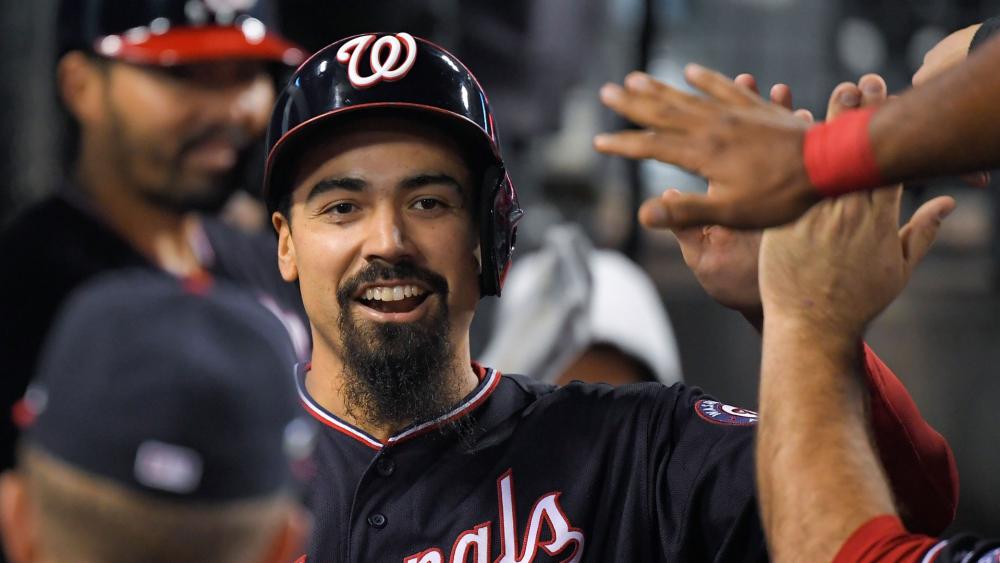 If you're a baseball fan, then you know the Washington Nationals are headed to the World Series. One of the team's players who helped the Nats get to the series for the first time is third baseman Anthony Rendon.

Rendon, 29, a Christian, posted the best stats of his seven-year-career almost across the board in 2019, according to the website Sports Spectrum. The third baseman ended the regular season with 34 home runs, 126 RBIs and a .319 batting average, which were all career-highs.  He was the game's RBI leader and was also named to the All-Star team.

However, Rendon says he's not chasing media attention or fans' attention for his defensive prowess on the diamond or the number of runners he can drive in with a bat.

In a video posted to Instagram last year, the Houston, Texas native told Houston First Baptist Church Pastor Gregg Matte that he wanted to be known as "a Christian baseball player."

"If I just try to stay in the Word and try to surround myself with good people and have good community, I think that will just guide me on that path," Rendon explained.

Rendon says he loves baseball, but he's not a fan of life on the road because it keeps him away from his wife Amanda and their daughter Emma.

He also wants a "normal" home life for his family.

"Point-blank, I don't want to raise a family in baseball. Maybe I just want to be normal. I want to go home, be a dad, take them to school. That's more important to me than baseball," he told the newspaper.

The Nationals drafted Rendon out of Rice University in 2011 and he has been with the team ever since.  After the World Series, he'll become a free agent. Will he stay with the team? Is he curious as to what the future will bring?

"You definitely think about it. You want to plan for the future," he told the paper. "But I've come to learn your plans don't always come to fruition. Obviously, with my faith, too, I don't want to seem like it's all about me, me, me. It takes away from what I do for Him, for the Lord. I'm taking it slow, maybe?"

The Nationals will play the winner of the American League Championship Series between the Houston Astros and New York Yankees in the World Series that will begin on Tuesday, Oct. 22.