'Humble Yourselves Before the Lord': Nationals Win World Series, Star Players Fueled by Faith in God 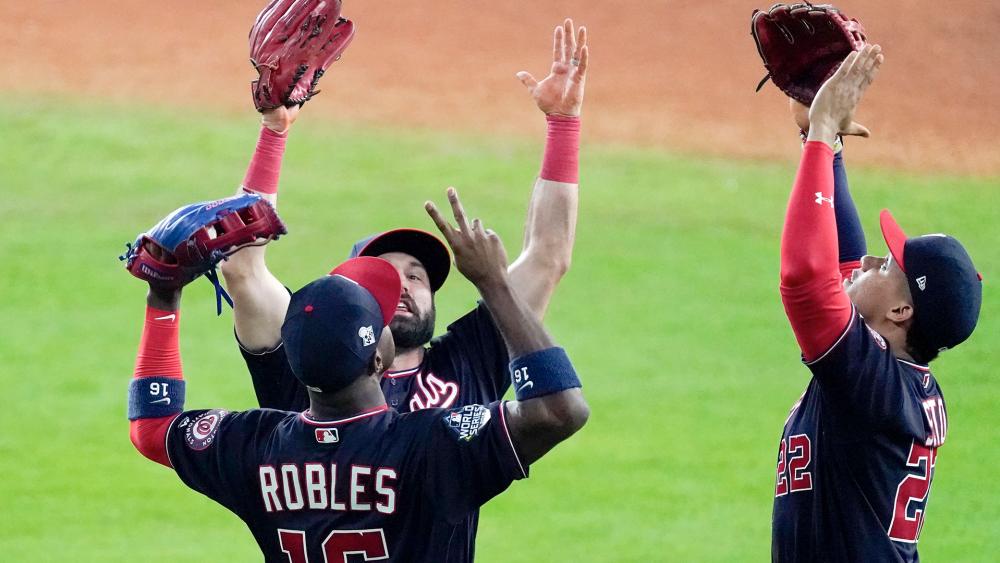 The Washington Nationals defeated the Houston Astros in Game 7 Wednesday night, becoming World Series champs for the first time ever.

The Astros took an early lead and held it most of the game before the Nationals' Anthony Rendon hit a home run in the 7th to start a rally. Then Juan Soto walked and Howie Kendrick hit a homer to knock him in and give the Nats a 3-2 lead.

In the 8th inning, Soto batted in Adam Eaton to increase the Nationals' lead to 4-2. They later extended their lead to win the game 6-2.

Many consider the star of the team to be 20-year-old phenom Juan Soto who has turned in a stellar performance in game after game. Soto is the youngest player in MLB history to hit three home runs in a World Series.

It's been a historic run for the Nationals. A focus on faith and prayer has been central for several of the key Washington players, including Soto. Throughout the season, numerous photos showed Soto kneeling on the field with fellow Nationals star Victor Robles, praying before games. In the Nats' Game 1 win of the Series, Soto hit a home run out to the train tracks at Minute Maid Park in Houston, becoming the fourth player to homer in a World Series game before age 21. He also hit a two-run double to the left-field wall in the top of the fifth inning, knocking in Robles and Anthony Rendon for two RBIs.

According to CNS News, earlier this year, as the team climbed closer to the World Series, Soto explained that he and his family asked God for His help. "We just prayed before the game. And we told Him that we just need His help. You know, go help, and right now and get the opportunity and just, get on it," Soto said.

In a powerful Instagram post in Spanish back when Soto homered to help the Nats defeat the Dodgers in the playoffs, Soto wrote a Bible verse saying, "Humble yourselves before the Lord, and He will exalt you James 4:10"

The 20-year-old left fielder has also described in interviews how honored he is to be a major league ballplayer. "It's a blessing from God, to be here in the big leagues and play baseball like I have. I never thought I'd be this talented of a player," he said.

Of course, the Nats wouldn't be where they are today without amazing contributions by the whole team, including other faith-filled players like third baseman Anthony Rendon. In Game 2, Rendon smacked a 2-run double near the beginning of the game to rally his team. Despite his incredible skill and his great love of baseball, Rendon says his faith actually comes first.

"If I just try to stay in the Word and try to surround myself with good people and have good community, I think that will just guide me on that path," Rendon added.

Returning from an injury to help lead the Nats to victory late in the season, center fielder Victor Robles is also focused on God. His Twitter bio makes it clear: #GodInFront.

Despite missing five games with a strained hamstring, the 22-year-old stayed firm with his faith and made a surprisingly fast comeback to return to the lineup.

"A lot of times when you have an injury like the one I have, it's a couple months to come back from," Robles said. "I was able to come back from it in a little more than a week and a half. I had a lot of faith in God and I knew that he was going to heal me as quickly as possible."

They're dancin' in D.C. #NLCS pic.twitter.com/mP60sxfCK6 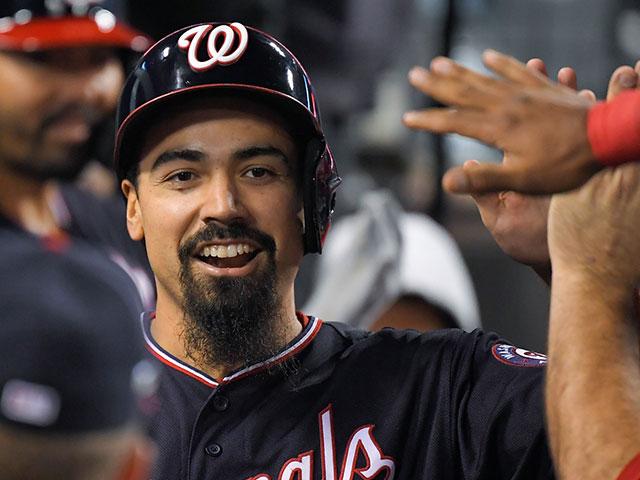 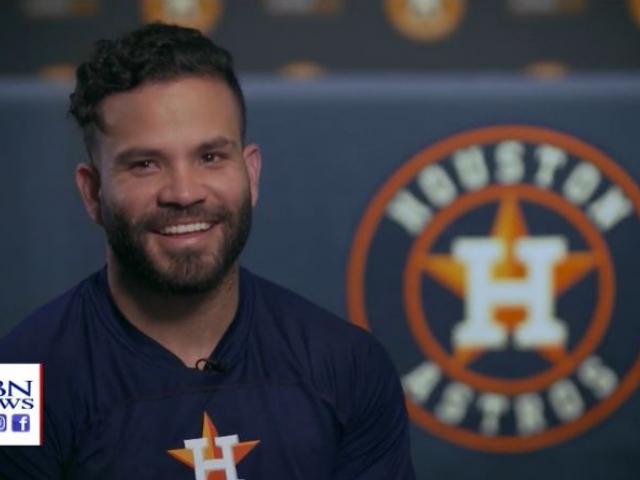