'It Made Me Feel So Loved': Why the Jonas Brothers Surprised Cancer-Stricken Teen in the Hospital 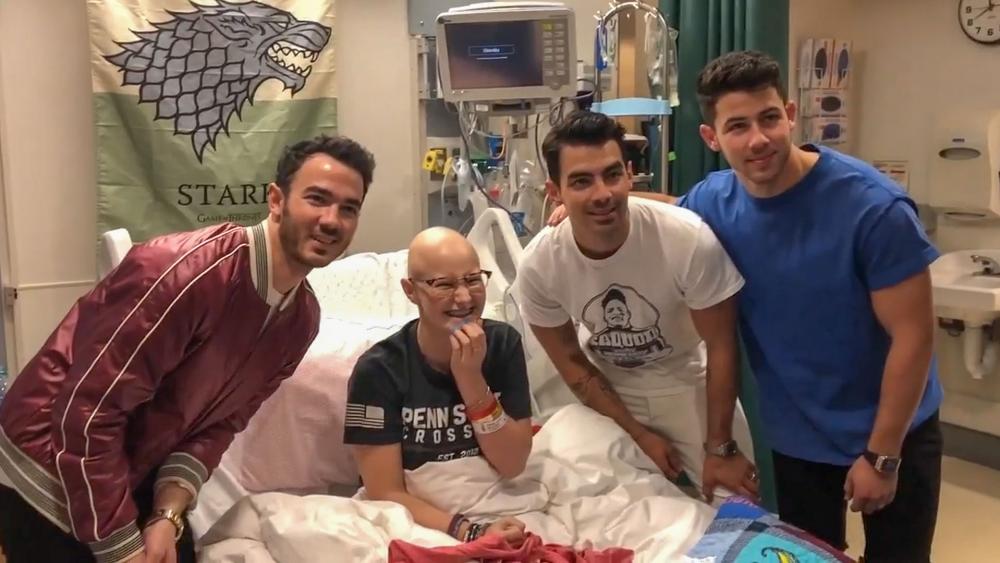 All three members of the Jonas Brothers family made a surprise visit to a teenager in a Pennsylvania hospital who couldn't attend their concert due to cancer treatments.

Sixteen-year-old Lily Jordan was looking forward to attending the Jonas Brothers concert in Hershey on Aug. 31.

A few days before the concert, Jordan realized her chemotherapy treatments were on the same day so she'd have to miss the show.

"I've never been to a real concert before. I was so pumped, and then just like a week ago I kinda did the math and realized I'd be in chemo for it. I was so so bummed," Jordan said.

The teenager wrote about her situation on Instagram and asked the Jonas Brothers to come visit her in the hospital.

A gal can dream! #lilyseesthejonasbrotherschallenge2019 #survivingandthriving #thesunwillriseandwewilltryagain PS the amount of love and support I started feeling as soon as I posted this on my story made my heart so full and warm it’s all because of you guys so thanks because y’all are the best ever

"I put something on my Instagram story and within 45 minutes it had blown up. It made me feel so loved," Jordan explained.

An outpouring of people posted to their Instagram pages, tagging the Jonas Brothers.

Even US Rep. Scott Perry (R - PA) posted on his support for Jordan on his Facebook page.

The Jonas Brother, who grew up in a faith-based family, saw the prayer requests on social media and stopped by the hospital to visit Jordan before their concert.

"Earlier this evening I was feeling really sick, but things like that that happen just make a week that has been not great into something that has been a life-changing experience," Jordan added.

Despite missing the concert, Jordan said the Jonas Brothers made her chemo session something incredibly special that she'd never forget.

Wow. The power of social media you guys. YOU did this. YOU made my crappy chemo session into something incredibly special and unforgettable. Thank you thank you thank you @jonasbrothers for taking time out of your day to come pay me a visit. Literally made my life.