'It's Never Too Late': At 67, Kathie Lee Shares Thoughts on Living a Life that Matters 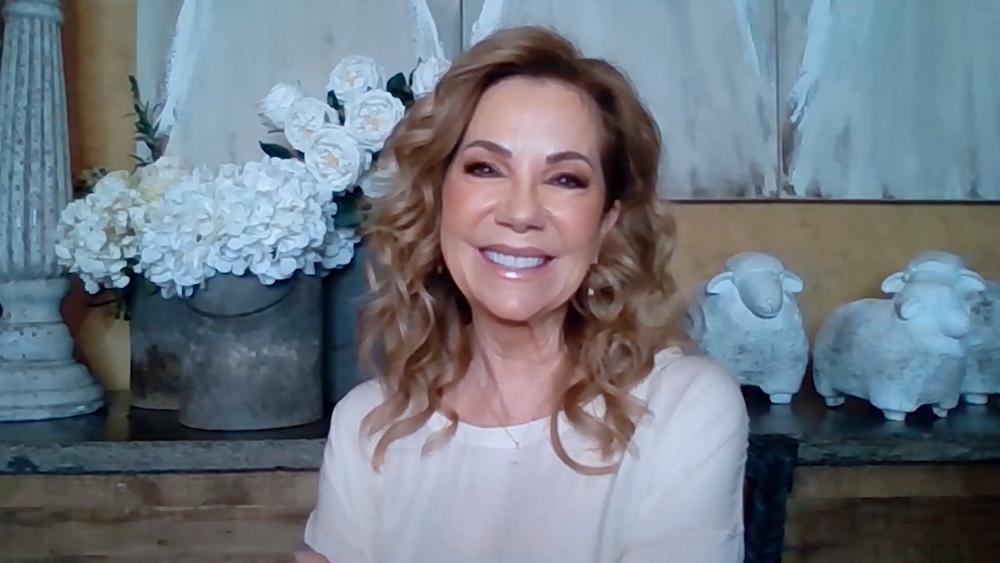 Entertainer Kathie Lee Gifford says she will never retire. She plans instead to "re-fire."

The Emmy Award-winning talk show host, singer, and songwriter says she still has a lot of work to do. She sat down with me to take a rare look back at her life to this point.

It's been almost two years since Kathie Lee walked away from her co-host spot on NBC's "Today" show.

These days, she's not only singing again, but she's also added directing her first film and writing another best-selling children's book to her list of accomplishments.

"I am in a new place at the age of 67 that I never would have dreamed I would be. I have a number one hit record. And my movie that came out just went to number one in America," Kathie Lee said.

"At this stage in my life, when I should be getting my senior discount to go see movies, I am writing them, baby. You got to laugh," she added.

This busy widowed mother of two laughs a lot. She's enjoyed a decades-long career making millions laugh right along with her. Some of the untold stories behind that success are told in her new memoir, It's Never Too Late: Make Your Next Act of Life, Your Best Act of Life.

She says it was a hard book to write for a number of different reasons.

"It's speaking to people's hearts about their fears and about God's faithfulness in every season of our lives," Kathie Lee said. "I just asked the Lord to use me. Help me to remember things, Lord. Things I have never said before. Give me boldness. But at the same, time tenderness towards people."

"But I wasn't going to write a how-to book, either," she added. "I am not an expert at anything. All I know is that God is faithful. Trust Him again. There's my book."

Kathie Lee includes some stories that she's never had the chance to tell, a "who's who" of those who have touched Kathie Lee, and those whose lives she has touched in return.

Those "who's who" stories include Paul Newman, Audrey Hepburn, Billy Graham, Al Pacino, Sting, and many more.

I asked her if God continues to "wow" her today.

"More so!" she said. "I mean, I was one of those kids that thought early in life, the world is mine because God says so," she laughed.

As many blessings as there have been, there have been hard times as well. Kathie Lee says one of the hardest stories to share and re-live has to do with her parents and their early lives.

"I dedicate the book to them," she said. "Just re-living how hard their lives were, first of all before they found each other. And second of all, before they knew the Lord. It just reminds me of how much I miss them."

Kathie Lee shared one of her life lessons, summed up in the phrase, "It's never too late to leave a good thing." She left both her talk show with Regis Philbin and the Today Show at the height of each program's success.

"Each time, I left at the height of my success with those shows," she explained. "But every good and perfect comes from above, from God.  So when that same Father says I am moving you to a spacious place, or I am moving you on, Kathie, to a new chapter of your life, I have just learned to listen to His voice. I don't say but Lord, we're number one. If I truly hear His voice clearly, and when I am clearly seeking Him, I do."

"And here is the thing I try to share with people, Efrem, in this book. God doesn't just do this for me. I am no more special than any other child of God. Or even the people that don't realize they are children of God. God loves them too. He wants them to know that He loves them. It's just that I trust Him," she added.

One of Kathie Lee's favorite songs is one she recorded long ago called, "I Want to Matter."

"I ended the book with this thought: Though I am fragile and foolish and flawed, I am sincere. I want someone to fondly remember here. More than being praised. More than being flattered, I need to know, without a doubt, that somehow I have mattered. And if I am really honest, I would like to write one song that someone will be singing, long after I'm gone."

And we all want to live a life that matters.