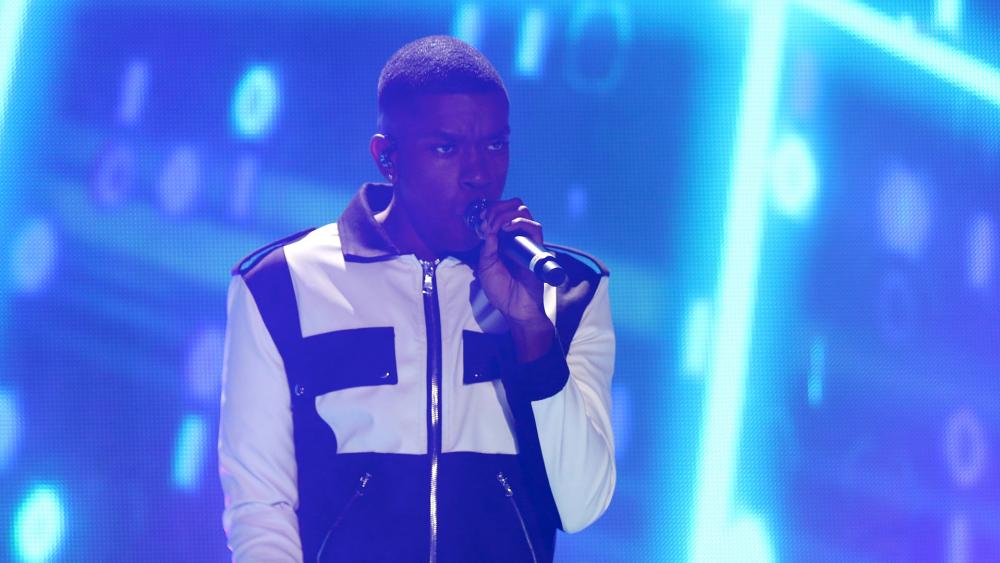 Matt Sallee of Pentatonix performs live on stage at The Forum on May 16, 2019, in Inglewood, Calif. (Photo by Willy Sanjuan/Invision/AP)

After over 4 billion listens to Pentatonix on YouTube alone, the newest member to the band, Matt Sallee, is seeing God do something new and different in his industry.

For those of you who haven't heard of them, go listen! Pentatonix is an a cappella band made up of five members who are literally performing everywhere. Taking their unique style of music and covering everything from Queen to Christmas, they have been featured in rock, pop, classic, and hip-hop spaces all over the world. Their genre-bending takes on classics have been some of the most viewed and listened to online over the past few years.

Matt is also a worship leader at his local church, which just came out with a new worship album, Make Way from E58 Worship, that also billboarded in late 2019. Matt's passion for Jesus, along with his amazing talent, have put him on some of the top stages in entertainment. I interviewed him about his unique career, his faith, and where the music industry is at right now.

Shawn: How did singing start for you?

Matt: Singing started for me at the very young age of four.  My dad was a music pastor, and I grew up singing next to him in Baltimore City. From that point, I just kept singing in everything from church plays to community theater to county choruses. In high school I did every musical, play, and anything else musical I could sign up for. My friends were all sports guys and I was always singing. It continued throughout life, and I felt purpose and calling in it.

Shawn: Your dad was more into worship. Is that what you wanted to do, or were you thinking of going mainstream?

Matt: Honestly, I didn't want to do what my dad did; I wanted to do it differently. I had been doing worship my whole life, but I'd always had dreams of being on stages and with certain people—dreams that have actually come true. I knew God had called me to sing, but he wasn't genre specific. He just attached a bunch of dreams to that.

Shawn: Let's talk about Pentatonix. It could have been really niche, but it has become mainstream. You guys combine so many types of music together.

Matt: The group started in 2011. The original group started in Texas with a show called The Sing-Off. They created a super group and won the show. That started their career. What catapulted their career was YouTube, which wasn't as oversaturated at the time. I came into the picture when one of the members left. I had so many connections to people who were involved, and that got me the audition. It was super last minute and I was the ninth add-on audition. It was a crazy God story. Three months after the audition, they asked if I could come on a trial period, and after I prayed about it, I moved to L.A.; and the rest is history. I jumped right in. God had been preparing me in life, and especially the previous four years, for it all. I had to learn more than anyone should ever know about a cappella music.

Shawn: You guys can be seen everywhere, even where people aren't looking. What is it like to blow up with this band?

Matt: It's cool. No one gives you a book on how to become famous overnight. No one tells you how to handle it. I had a wonderful upbringing. My parents taught us humility and how to give God credit for everything going on. Things change as far as followers and being recognized, and people are excited for you, but the heart of it has always been about God and music. I truly feel like God was preparing me for this group for such a time as this. I was ready to answer the call.

Shawn: Is there anything as far as being a Christian in the group that has been helpful?

Matt: I have always tried to practice loving everybody and meeting them where they are. It opened the door for them to be open to different things. Like when our church put our worship album out, they all listened and supported the album and were really touched by it. I have had different conversations with them as to how much it has impacted them, and we've had conversations we wouldn't have had if I hadn't tried to love.

Shawn: You have been blowing up. Your worship album has billboarded, the band has been nominated for a lot of awards; what is life like right now?

Matt: It's so exciting. I have been partnering with God for my dreams, and to see them come to fruition in this time is extremely exciting. Tack on another dream like going to the Grammys, where we got to be on the red carpet and meet everyone behind the scenes. God is always having us dream bigger. He takes our little dreams and adds onto them tenfold. I am so grateful.

Shawn: How do you feel God wants to use Christians who are in mainstream industries?

Matt: There are a lot of things happening behind the scenes. So many Christians are doing the work, trying to make Christian music less like a separate entity. I am seeing and hearing about crossover sessions and collaborations with different people. Even in contemporary Christian music and mainstream, lines are getting blurred with artists like Kanye, Lauren Daigle, Maverick City Music, and For King and Country. I stand in both worlds and am excited and hopeful. It shows that you don't have to be put into a box; you can do it all. I have so many other goals and aspirations. I want to be an artist with music that relates to everyone, music that can cross all borders and can give the message of God's love to everyone. God can open the door through this and get in.

Shawn: Thanks, Matt, for an incredible perspective and for sharing your life with us!

Being listened to billions of times brings notoriety, and Matt's positivity and grounded lifestyle is such a bright example of how to be like Jesus with it all. He is unashamedly a Christian but so emotionally intelligent, and he is bringing the message of Christ's love through the way he lives, not just in his words. That is causing a reaction everywhere he gets to go.

As Matt said, the lines in the music industry between what is faith-based and what is appealing to the mass market has changed. We have seen so many people share their love for Jesus through songs everyone can relate to. This is one of the most exciting times for Christian musicians to be alive when in the past they have often been restricted to being just one type of artist. They are breaking free from the old sacred-versus-secular argument that seemed to dominate Christians in popular culture in the last few decades and finding that their dreams now have no limits.