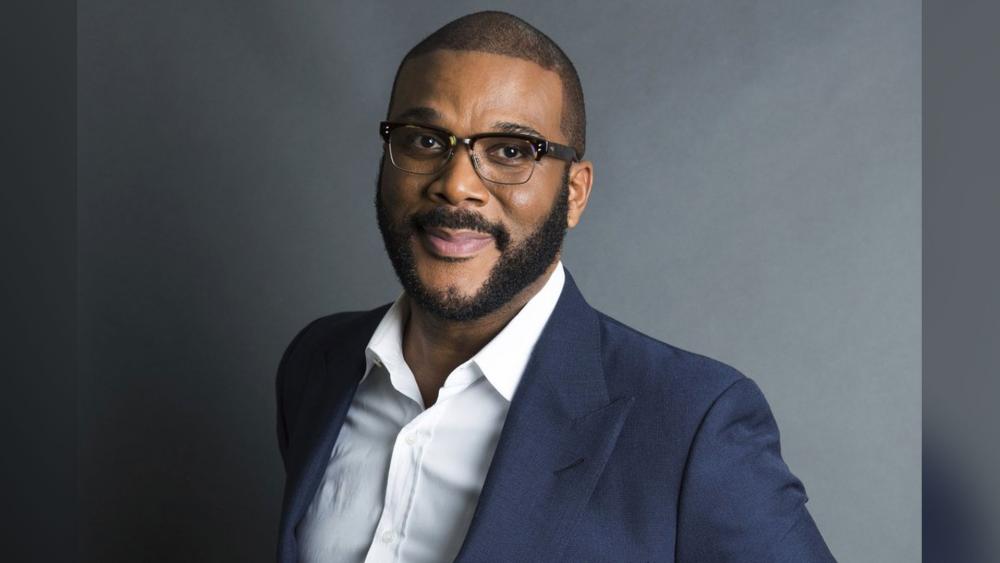 In this Nov. 16, 2017, file photo, actor-filmmaker and author Tyler Perry poses for a portrait in New York. (Photo by Amy Sussman/Invision/AP, File)

Actor-producer turned media mogul Tyler Perry can now add another title to his ever-growing resume – the title of peacemaker. He's doing what he can to help healing begin in his adopted city of Atlanta.

The New York Post reports, Perry, 50, purchased 1,000 Kroger's supermarket gift cards and gave them to the Atlanta police to hand out to the community.

"This is about the community that I love, that I live and work in," Perry said in a statement to The Post. "This about good people who are in need of a hand up, not a hand out."

"This is about the good police officers who do their job well every day, some of which are my personal friends," the statement said. "This is about trying to bridge unity in a city that adopted me and held me up high enough to reach my own branch on the tree of success."

Photos posted on Twitter by the Atlanta Police Department show police officers handing out the $50 gift cards in the city's Zone 1 and Zone 3 police districts.

It's been such a good day! We went from Zone 3 to Zone 1 to give out more of the $50 @kroger gift cards provided by @TylerPerry. Thanks to everyone who spent time speaking with us. #OneAtlanta pic.twitter.com/JgAyi1XcYe

Another tweet by the department also showed officers also giving away groceries at a local community center.

"500 food boxes were distributed to families in need this morning during the grocery giveaway event at the Dunbar Red Center," the department said. "@tylerperry donated 1,000 Kroger gift cards to give out to the community. Thanks to all of those stopped by & to our partner agencies."

500 food boxes were distributed to families in need this morning during the grocery giveaway event at the Dunbar Rec Center. @tylerperry donated 1,000 Kroger gift cards to give out to the community. Thanks to all of those stopped by & to our partner agencies. #APDCares #WeLoveATL pic.twitter.com/r6y5FIzQtO

Following the death of George Floyd by Minneapolis police, violence broke out in Atlanta during anti-police protests. The protests grew even more violent after Rayshard Brooks, 27, was shot to death by police outside of a local Wendy's restaurant.

As CBN News has reported, Perry is known for using his success and wealth to make a difference. The gift card giveaway is just his latest act of philanthropy.

Just days after Brooks' death, he announced he would not only pay for his funeral, but he would also fund the college tuition for all four of Brooks' children.

Back in April, he footed the bill for every elderly person shopping for groceries at 44 Atlanta-based Kroger stores during the supermarket's senior hour Wednesday morning. He did the same for 29 locations in his hometown of New Orleans.