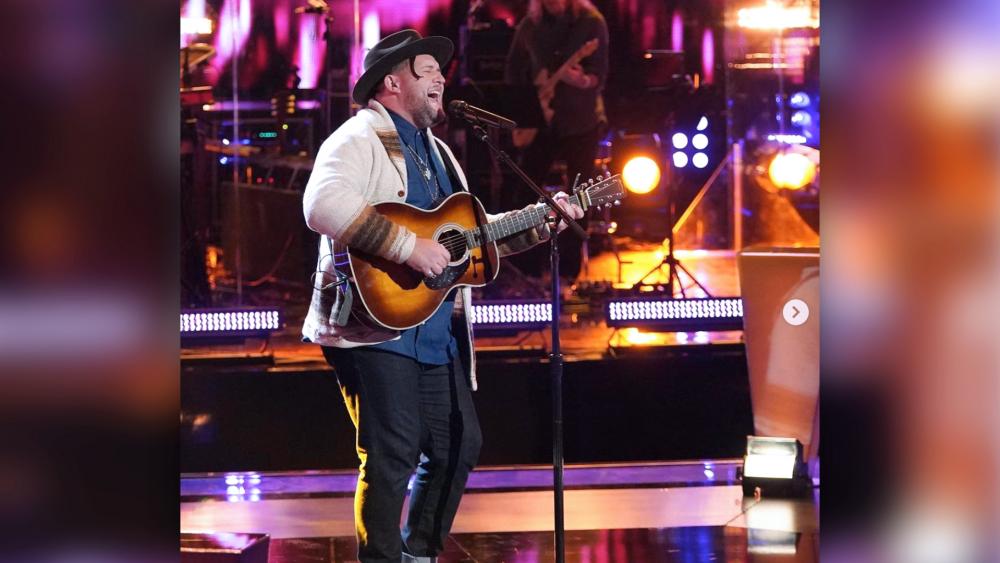 A California pastor is continuing his journey on NBC's 'The Voice' after advancing through the Battle Round portion on Tuesday night.

Jim Ranger is a campus pastor and worship leader at New Life Church in Bakersfield, California. He first secured his spot on Team Blake with his rendition of Keith Urban's "Blue Ain't Your Color" during his blind audition.

Now, his journey continues as he heads to the four-way knock-out round after beating fellow contestant John Sullivan during this week's one-on-one battle performances.

The 38-year-old says his life has always revolved around worship music because both of his parents were musicians and his father a preacher.

Ranger shared his journey with the judges and said he came on "The Voice" to prove to his three kids that it is never too late to follow your dreams.

The pastor was also featured on Season 9 of American Idol back in 2010, earning a golden ticket with an original song called "Drive."

Since appearing on Idol, The Voice News reports Ranger released a pair of Christian albums — "Fall Into Me" in 2011 and "You Call Me" in 2014.

Ranger says his goal for his music is "to bring hope and motivate dreams, all the while making your foot tap a little."

During next week's knockout rounds, he will again compete against another Team Blake singer. If he advances, Ranger will head to the live stage performances.