MUST SEE: The Most Amazing Hole-in-One Ever, and It Happened at the Masters on the Golfer's Birthday 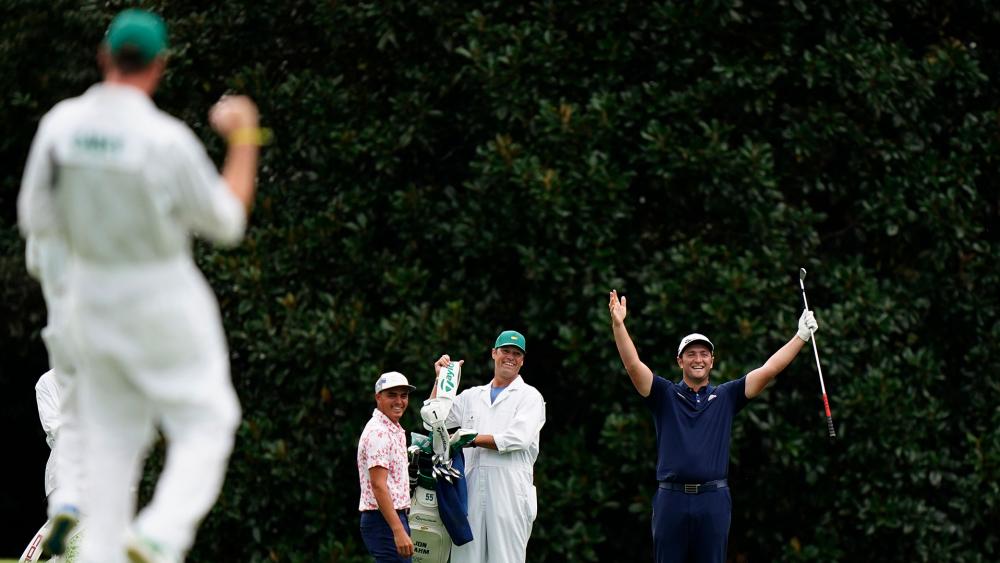 Rickie Fowler, left, watches as Jon Rahm, of Spain, celebrates chipping into the hole on eat 16th green during a practice round for the Masters golf tournament Tuesday, Nov. 10, 2020, in Augusta, Ga. (AP Photo/Matt Slocum)

It's one of the most impressive hole-in-one shots that perhaps the game of golf has ever seen.

Jon Rahm in a warm-up round for The Masters' tournament on Tuesday made an amazing shot on his 26th birthday.

On the par 3 16th green at the Augusta National Golf Club, the professional golfer skipped the ball four times on the surface of the water and onto the green. It landed perfectly and then slowly rolled all the way into the hole.

It was a golf shot so incredible, even fellow competitor Ricky Fowler gave Rahm a high-five.

"The craziest thing. The second hole-in-one of the week," Rahm said. "It could go two ways, right? Something special going on, or I'm just running out of luck already. So I don't know.

"I knew it would be a special week given it's my birthday today, so I'm hoping it's the beginning of a lot of good things to come."

Rahm, a native of Spain, is a favorite to win this year's Masters tournament. This year's winner will take home $11,500,000.

His second in two days, Jon Rahm skips his way to a hole-in-one at No. 16 - on his birthday, no less. #themasters pic.twitter.com/rtefAN5XtH