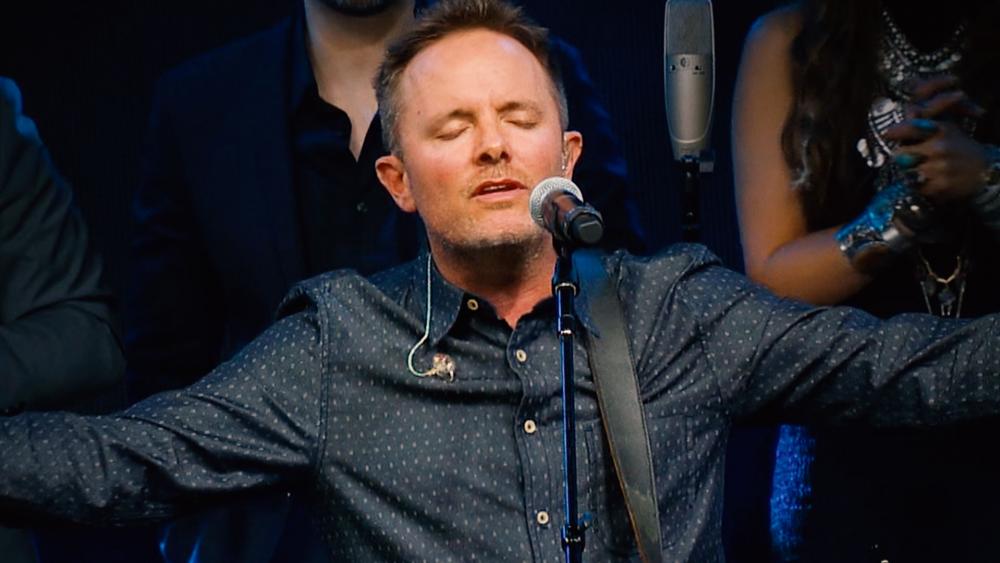 Christian music artist Chris Tomlin has just released a new holiday single that celebrates the birth of Jesus with his own personal inspiration – his wife's unexpected pregnancy.
The song is titled "Miracle of Love," to commemorate the moment that Tomlin and his wife, Lauren, were surprised to find out about her pregnancy. It will be the couple's third daughter, who is due to be born 11 days before Christmas.
In an interview with PEOPLE Magazine, Tomlin said his goal when writing the song was that each line would match and have a double meaning that talks about his baby being born at Christmas and 'the baby' Jesus being born.
"Christmas is about celebrating a gift from God, a surprise child for Joseph and Mary, a true Miracle of Love. For me, it is another gift to be able to write a song about the surprise of our third baby girl and the parallel story of the birth of Jesus." Tomlin said.
The song is just one track on his new holiday album also titled "Miracle of Love" which Tomlin says was already in the works when he got the news of their newest addition. A few months later, Tomlin shared the special song with his wife Lauren.
"She just started tearing up," Tomlin said. "I don't think she's ever done that before when I've just read lyrics to her. She just loved it. She was like, 'Wow, what a beautiful picture of both things happening.' It was real special."
The Tomlins already have two daughters, 9-year-old Ashlyn and 6-year-old Madison. They plan to name their third daughter, Elle, which means "God's promise" in Hebrew.
"It's an incredible privilege to be a dad with these girls, and especially girls," he told PEOPLE. "I feel like there's a special thing that a dad has with girls, and so I'm really grateful."
Tomlin's holiday album is out now and features six songs, including "Noel," a duo with award-winning artist Lauren Daigle. It also includes collaborations with country stars Thomas Rhett, Florida Georgia Line and Lady A.