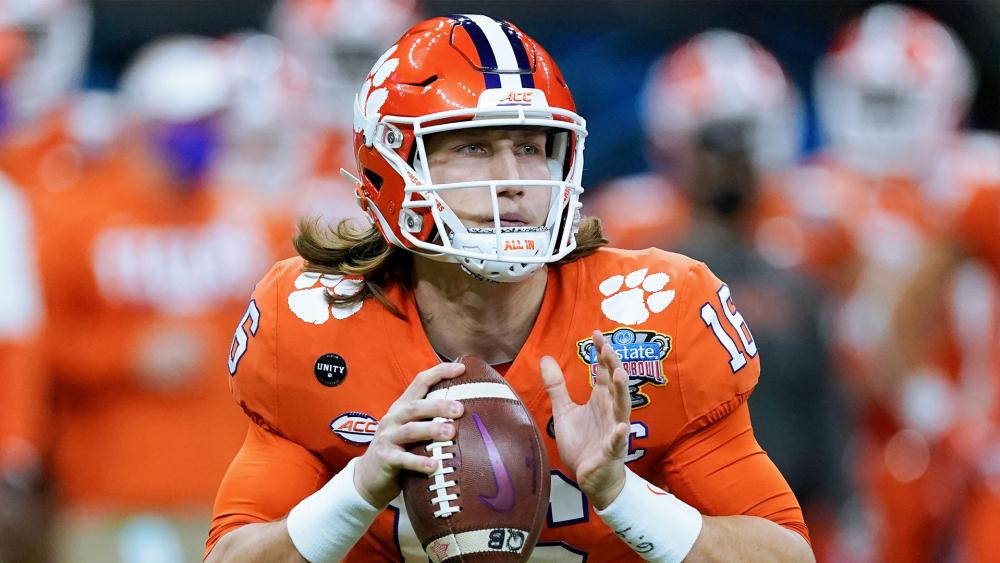 He was the star quarterback at Clemson, going 34 - 2 as a starter in three seasons, and led his team to a national championship his freshman year.

But what Lawrence lights up with his talent on the football field, he says comes from the Light that lives within him, Jesus Christ.

"I don't think anyone has abilities for no reason," Lawrence previously told Sports Illustrated (SI). "I don't think anything is coincidence. God gave me these things for a reason, not just talent on the field, but other opportunities to be a light to people."

And as he was catapulted into a promising NFL career this week, Sports Spectrum.com reports Lawrence reacted to being the top pick, telling ESPN's Marty Smith the experience is "Pretty surreal."

"Obviously this has been the dream for the past few years," he said. "And like I've said, I didn't even dream this as a kid so it's really special and just having all the people that I care about here watching, it's really hard to explain."

The 6-foot, 6-inch Lawrence with his slim build and long blonde hair was an amazing sight to see on the field for Clemson. He could connect with his great throwing arm or run the ball himself. In his time there, Lawrence threw for 10,098 yards, 90 touchdowns and only 17 interceptions, in addition to rushing for 231 yards and scoring 18 touchdowns himself.

He said what's kept him centered despite the hoopla and acclaim from football is a life-changing experience with Jesus Christ in the summer of 2018.  As he was about to start his first football season at Clemson, Lawrence attended a Christian retreat called "The Gauntlet" in Daytona Beach, Fla., with South Carolina's NewSpring Church.  On that retreat, Lawrence told SI, he "was truly saved," and that he discovered his identity in Christ beyond whoever he was or who he was going to be in football. Before that experience, he explained "he was lost."

As CBN News has previously reported, the star athlete said the faith he found at that retreat has kept his feet firmly planted through the success, pressure, and expectations of his position on a championship team. He once told a reporter, "Football's important to me, but it's not my life. It's not the biggest thing in my life. I would say my faith is. That just comes from knowing who I am outside of that. No matter how the big the situation is, it's not going to define me."

Lawrence is a winning collegiate quarterback joining a professional team that's lost at least ten games in each of the last nine seasons. NFL Network's James Palmer says if the Jags lose a regular-season game next season, it'll be the first regular-season loss of Lawrence's life.

Unless the #Jaguars go 17-0 this season, Trevor Lawrence is slated to lose his first regular season game of his life. HIS LIFE.

Never lost one in 4 years of high school or during his 3 seasons at Clemson.

But his Clemson coach, Dabo Swinney, told Sports Spectrum he's not worried about the challenges or Lawrence's transition to the NFL.

"What I love about him more than anything is he's faith-driven. He has built his life on a foundation of faith," Swinney said. "Great mom and dad, great people around him, but he's strong in his faith now. He's an inside-out kid in this world of outside-in.

"People are paralyzed by other people's opinions and what some person says on social media, and all this stuff," the coach continued. "He's not affected by that, he really isn't. He's got very thick skin, which you know that's something that's very needed if you're going to go play quarterback in the NFL. Self-motivated, self-driven and he's going to set the tone the day he shows up. He's not going to wait on anybody to set the tone for him."

Lawrence recently married his high school sweetheart in a ceremony conducted by the pastor who helped him find his way to Christ. What he found then, guides him even now, and he said it's his foundation for success in all aspects of his life.

Lawrence put it this way in 2018 as he began his time at Clemson.

"I put my identity in what Christ says, who He thinks I am and who I know that He says I am...it really does not matter what people think of me or how good they think I play. That does not really matter. That has been a big thing for me, in my situation, just knowing that and having confidence in that." 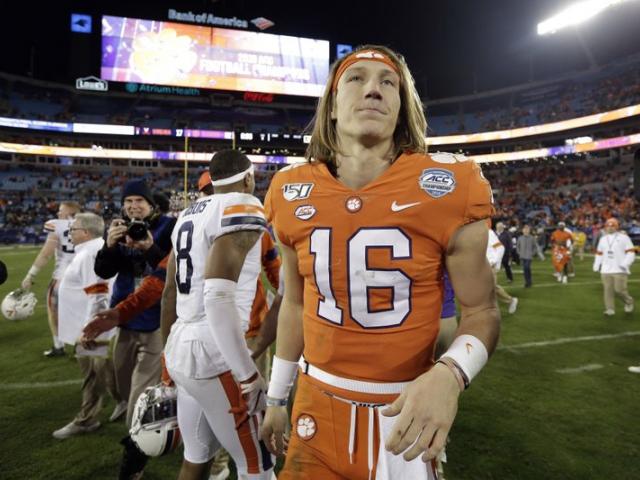