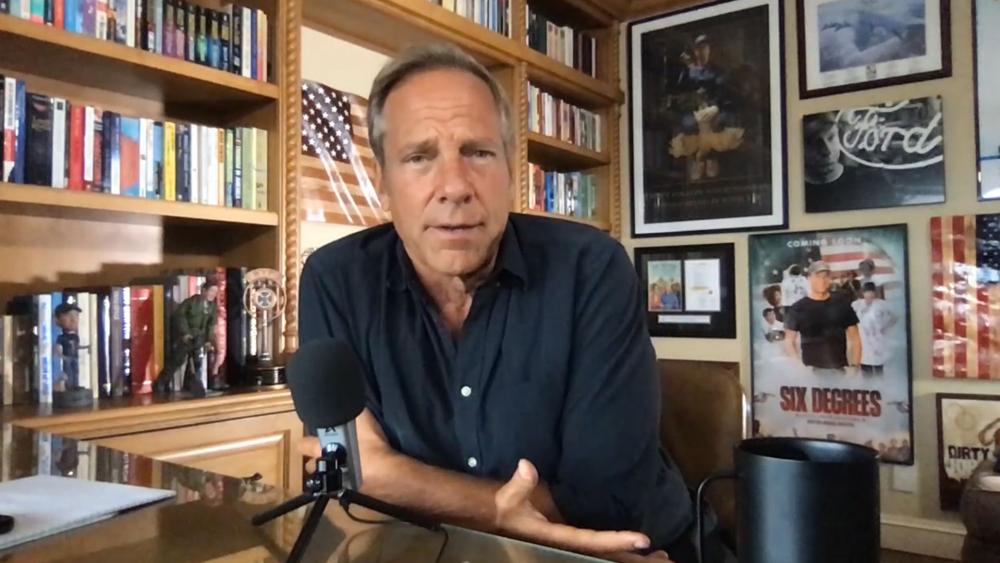 ABOVE: Mike Rowe gives a preview of his series 'Somebody's Gotta Do It' to CBN News.

Mike Rowe is a television host and narrator.  As CBN News has reported, he's also known for his common-sense talk that he shares on social media about different topics from time to time.

Some television viewers still recognize him for his work on the Discovery Channel series Dirty Jobs.  He also hosted a Facebook series titled Returning the Favor and also hosts his own podcast The Way I Heard It with Mike Rowe.

Now his series Somebody's Gotta Do It is streaming on Pure Flix.  According to Rowe, he sets out on a mission to find people from all walks of life on a unique mission - people with a passion and a calling to make our world a little bit brighter, a little bit bigger, a little bit better.

During a recent interview with CBN News' Studio 5, Rowe told Efrem Graham the show kind of began by itself.

"These are people who wake up kind of agitated because they think the world's not quite the way it could be," he explained. "Some are on the quest to build a better mousetrap. Some are entrepreneurs. Some are bloody do-gooders."

"It's basically a look at people who you wish you had for neighbors," Rowe mused. "And just an attempt to shine the light on people who I think have to some degree figured out this weird balance of happiness in this strange time that we find ourselves living in."

When asked how these people have influenced him, Rowe said being in the company of authentic people who are truly engaged in a pursuit forces you to take stock of your own drama.

"It was all just a big reminder that when you are fundamentally grateful, it's very difficult to feel anxious or angry or bitter or resentful," he told CBN News.

CBN's Studio 5 is seen Wednesday nights at 8:30 Eastern on the CBN News Channel.