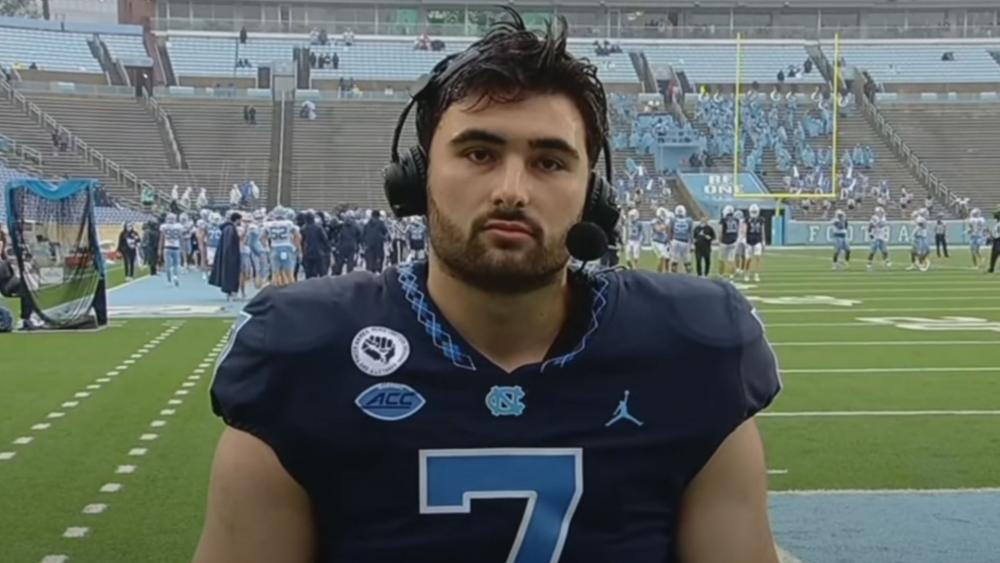 University of North Carolina quarterback Sam Howell took to social media this weekend to share the good news that he had been baptized.

Howell wrote on Instagram that "choosing to follow Christ has been the best decision I've ever made in my life."

Pastor Jack Hibbs with Calvary Chapel Church in Chino Hills, California baptized the 20-year-old, calling it a "great honor and joy" to be a part of.

Howell, who will start his junior year this fall, frequently posts messages about his faith. In May, he shared a verse from the Bible from Proverbs in an effort to uplift and inspire others.

"Commit to the Lord whatever you do, and your plans will be established," Proverbs 16:3.

In January, Howell posted how grateful he was to be able to play a full season of football despite the ongoing effects of COVID.

"With so much uncertainty in the world, we were able to play a full season thanks to the man above! With God on your side nothing is impossible," he wrote. "So many highs and lows this season but I'm proud of the way our team stayed together and kept fighting until the end."

The Tar Heel finished his sophomore season with 3,586 passing yards, the third-highest total in the school's history, and threw three touchdown passes during the Orange Bowl game, bringing his career total to 68.

During his freshman year, he was named the 2019 Freshman All-American, ACC Offensive and Overall Rookie of the Year, and the ACC All-Academic.