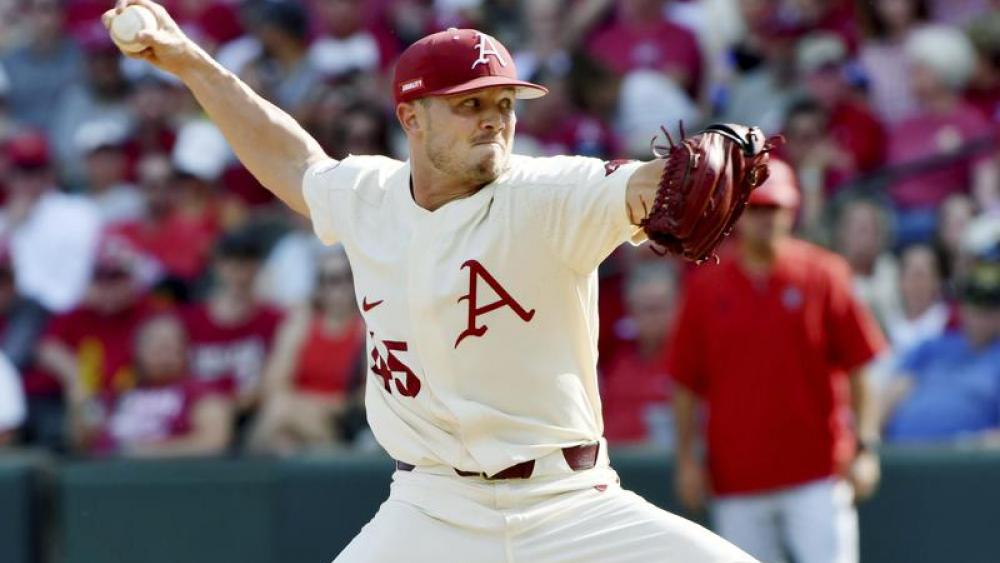 Arkansas Razorbacks relief pitcher Kevin Kopps was named winner of the 43rd Golden Spikes Award. It's given annually to the best college baseball player in the country.

During an interview with ESPN, Kopps attributed his achievement to God, along with those who have consistently stood by him.

"It feels surreal," Kopps said about the award he received Thursday. "I think it's an incredible blessing by God. I couldn't have been here without Him, my parents, coaches, teammates. But honestly, I still feel like Kevin. I don't feel any different."

The best player in college baseball.

The award is presented by USA Baseball and recognizes an athlete's integrity, character, and overall sportsmanship.

This season marked the first time it was presented to a player whose leading role was as a relief pitcher, Sports Spectrum reports. And the 24-year-old is the second Arkansas player to achieve the award, after Andrew Benintendi, who won it in 2015.

"With his record-setting consistency and dominance out of the bullpen that were unmatched by starters or relievers in 2021, Kevin is truly deserving of this prestigious award and his place within the exceptionally talented group of past winners," USA Baseball Executive Director and CEO Paul Seiler said in a statement.

Kopps says he is optimistic about what awaits him during his baseball career, however, Arkansas will always be near to his heart.

"It's meant so much," Kopps said about his time at Arkansas. "As a leader, I just try to be Christlike, and I think people just recognize that and appreciate that. My time here — Arkansas feels like home. I'm going to miss it a lot when I have to leave."

Additionally, Kopps won the Dick Howser Trophy in June, making him the first relief pitcher to receive the award.

The outspoken Christian routinely gives God all the glory for his baseball success.

"I think God has blessed me beyond what I could've imagined this season," Kopps said. "I don't think I ever dreamed it would turn into something like this, but I'm very thankful for that."