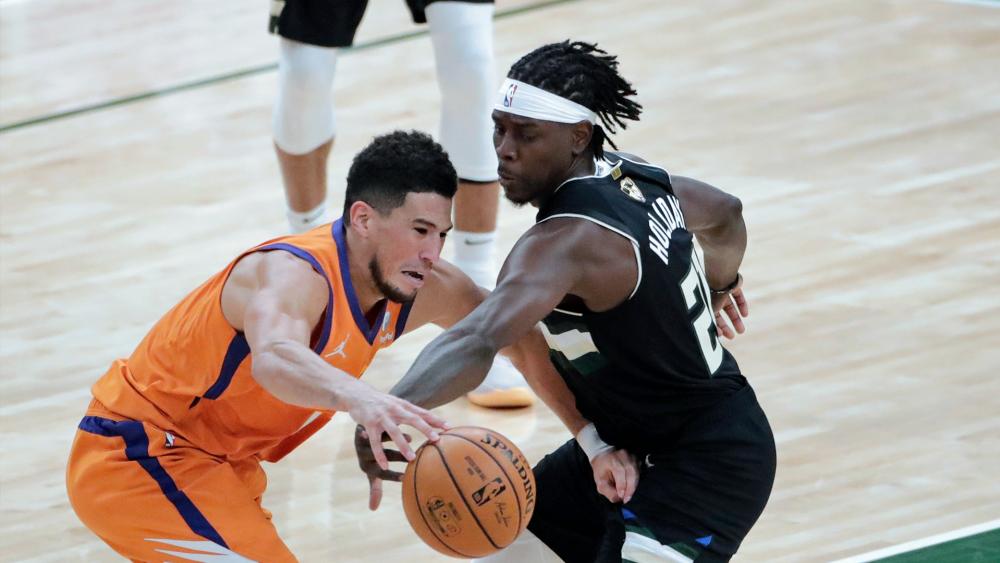 Milwaukee Bucks guard Jrue Holiday is giving all of the glory to God after the Bucks defeated the Phoenix Suns, 105-96 Tuesday night to win Game 6 of the NBA Finals, winning the championship four games to two.

It was the first time the Bucks brought home the NBA championship trophy home to the "Cream City" in 50 years.  Milwaukee's only other NBA title came in 1971 in the first of Kareem Abdul-Jabbar's three MVP seasons, according to Sports Illustrated.

Holiday has been outspoken about his Christian faith during his college and pro career and how it has carried him through the ups and downs in life.

"It was all worth it. All of it," Holiday told reporters after the game.

Before the trophy presentation, he gave God all of the glory for the victory.

"This is such a blessing, man. This is only God," Holiday said. "Like I said before, as a kid, you only dream of this moment, so to be able to actually do it, to see the confetti, to do it with my brothers, there's nothing like it."

"Coming here was obviously the greatest thing in my career." pic.twitter.com/QRxqKNafbp

Bucks star Giannis Antetokounmpo turned in a stellar performance against the Suns, scoring 50 points, nabbing 14 rebounds, and five blocked shots. He also made NBA Finals history by becoming only one of two players to score 50 points or more in a series-winning game, according to Sports Spectrum. The other player was Bob Pettit in 1958.

Holiday had 12 points, 11 assists, and four steals in the final.

In a post-game interview after the Bucks' Game 6 win against the Atlanta Hawks that advanced his team to the finals, he told the media he had been blessed over the last couple of years to land in a position to fulfill his dream.

"God had blessed me and put me in a position to go to the finals," Holiday said. "It's still sinking in and I'm trying to come down. Words can't really describe it right now."

"Making Christ a priority is huge because, without Him, I wouldn't be here. None of us would," he said last year in an interview with Rusty George, the lead pastor of Real Life Church in California.