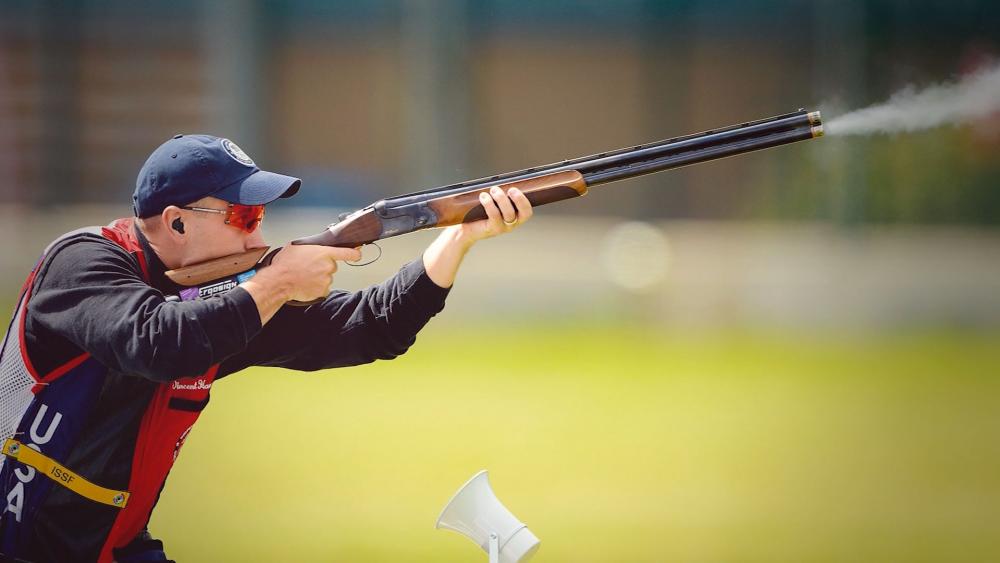 U.S. Olympian Vincent Hancock won a record-setting third gold medal in men's skeet shooting in Tokyo on Monday. The 32-year-old Georgia resident turned in a near-perfect performance in the final, hitting 59 skeets and missing just one.

The Olympic gold medalist and three-time world champion knew at 10 years old that the sport of skeet fueled a passion inside him.

He won his first world championship at 16 and recognized that self-reliance and determination were key to his success.

In 2008, while in training for the Beijing Olympics, he married Rebekah. She quietly tried to keep him grounded in Christ.

She said, "I was always trying to encourage him to know that God is in control and in any time of worry or any times of need that, 'hey, God's with us. And God has our back'."

"I'd always thought of myself as being a Christian, but looking back now, I was anything but," said Vincent. "I was focused on the gold and that was my only thought process. I basically drug her along with me."

Vincent was the world champion and favored to win the gold. He did in fact win his first gold medal in those 2008 Olympics and rode the high for awhile.

"That was my dream. That was my goal. So I rode that high, I won the world championships in 2009 for my second time," Vincent said.

But in 2010, Vincent only medaled once and began growing irritable and demanding at home.

"And then it kind of all culminated in my worst year and one of our worst years of our relationship as well in 2011," said Vincent. "Where I was competing the worst I'd ever competed, I wasn't having fun anymore, and I didn't know what to do."

Rebekah said, "I was trying to encourage him and tell him, 'just pray, and just ask God and be at that place with God so He can lead you to where He wants you to go'."

Finally, his wife's words sank in and he took her advice.

"And so it allowed me to kind of fix things and say, 'God, you were right. I'm so sorry that I've gotten to this point where I know that I want to be successful in my sport, but I have to focus on You and I have to focus on my family first'."

"And our relationship has blossomed into something that it's never been before and it's so, so much better now," said Rebekah.

WATCH the Testimony of Olympian Skeet Shooter Vincent Hancock: 'God Made Me Faithful'

A year later at the London Olympics, Vincent became the first skeet shooter to ever repeat as an Olympic champion. He credits God for it all – the wins and the change of heart.

"He truly cares about the platform God has given him, only to give it back to God," said Rebekah. "It's about what God has done through him for God."

In 2016, to the surprise of many, Vincent failed to reach the Olympic finals in Rio. But his faith in God wasn't shaken.

"At the beginning of my career I trusted only in myself and I trusted that 'I want to win a gold medal.' But to me, God has made me faithful because now I know what faith truly is. It's having a trust in what God has put in my life," said Vincent.

"I trust in Him, I believe in Him, I love Him and I am faithful to Him to the aspect of 'He is my God'."