'We Give God all the Glory:' Gospel Group 'The Erwins' Receive First Grammy Nomination 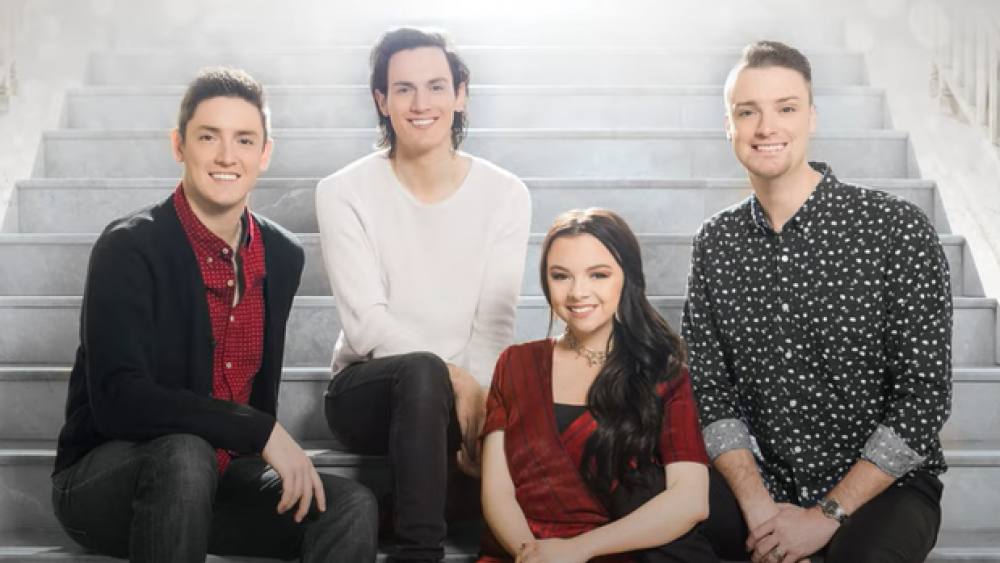 The Erwins, who are among the very talented stars of Southern Gospel's new generation, have been nominated for a Grammy award under the Best Roots Gospel Album category.

Siblings Keith, Kody, Kris, and Katie Erwin - all in their 20s - are no strangers to the entertainment business. The family grew up performing in churches and at events throughout the country with their parents, who have served as full-time evangelists for more than 40 years.

But this is the first Grammy nomination for the group, telling CBN's Studio 5 that it was quite an honor for the family.

"It's just amazing," Keith said. "We give God all the glory to be in this position and to be where He's placed us is just an amazing honor."

The siblings, who grew up traveling with their father, explained that it's been a unique and challenging year for them with over 90 show dates canceled due to COVID-19.

"This year was very very different. It was the most that we have ever been home in our entire lives," Katie said. "It was nice in a way. We got to do some things that we've never gotten to do so in a way, it's been a blessing for us."

Some of the positive aspects that came out of being home were that Keith saw the birth of his son and Kody was able to spend more time with his young children.

"I have two little girls at home, so it's never a dull moment but it's been nice," Kody explained.

But Kris admitted he's a homebody and enjoyed the extended time with his family.

"I thoroughly enjoyed hibernating for most of 2020 but we had a lot of time in the studio and we recorded two albums so we definitely were productive on the latter half of 2020," he said.

The Erwins revealed that they just finished a new album and it’s about to be released.

"We are completely done with it and we cannot wait for everyone to hear what we have been working so hard on," Katie explained. "We've invested so much time into this music we're about to release and we're so excited...more than ever."

And the recent Grammy nomination has pushed the group to be the best they can be.

"The acknowledgment means so much," Keith noted. "It makes us want to work harder knowing that this title will be with our ministry for the rest of our careers and we just give God praise for just that title of 'Grammy-nominated' and it's going to put us in a position of even more responsibility for our work ethic and we're up to the task."

As the country begins to slowly reopen, the group said they are most looking forward to performing for their fans.

"We've sung to a lot of empty pews and empty seats but it's not the same as being in a congregation, a sanctuary, or an arena where you feel the energy and we miss it," Keith said. "We talk about it all the time, how much we miss getting on the bus and going to different venues that God allows us to go to and just meeting so many amazing people all over the country.

He added, "all that stuff has kind of been put on hold and it's gradually getting back so we're thankful for that. But, we'll be ready whenever it's full speed."