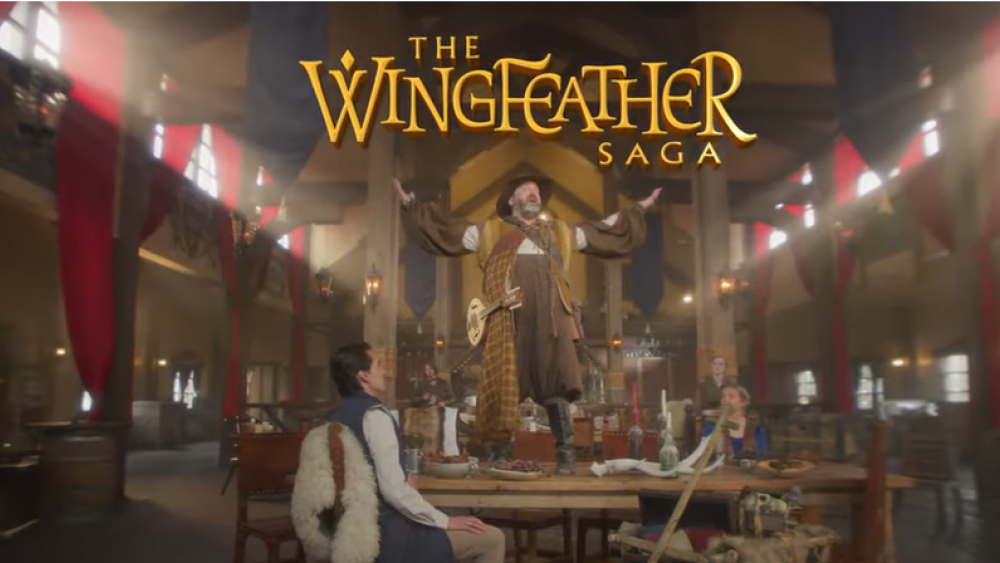 The award-winning Wingfeather Saga children's books are becoming an animated series and the creators are raising funds to bring the family-friendly production to life.

Based on the bestselling novels by Andrew Peterson, The Wingfeather Saga features a "redemptive fantasy, deep magic, loveable characters, family values, and a whimsical sense of humor," the series description explains.

"We have always hoped for a way to share in the creation of this animated series, and when the partnership with Angel Studios came up, it just felt like exactly the right fit," Wall told The Christian Post. "To have a platform where we can invite our fans to build something together with us is just amazing."

Wall and his team recruited artists from studios such as Pixar, DreamWorks Animation, Disney, Blue Sky, and Nickelodeon to help with the series.

Just like The Chosen, The Wingfeather Saga encourages fans to invest in the multi-seasonal animated series through a crowdfunding technique. Organizers are seeking to raise $5 million to fully fund the first season.

The series strives to reinforce multiple topics that focus on strengthening togetherness, identity, faith, and courage. The themes include:

• Magic can be experienced, not conjured.
• Family is foundation, not confrontation.
• Identity matters.
• Diversity is dignity.
• Love is sacrifice.
• Imagination is boundless.
• Good conquers evil.

And creators of The Wingfeather Saga say the TV series is designed to entertain both parents and kids.

"We love great stories that our whole family can enjoy together," Wall said.