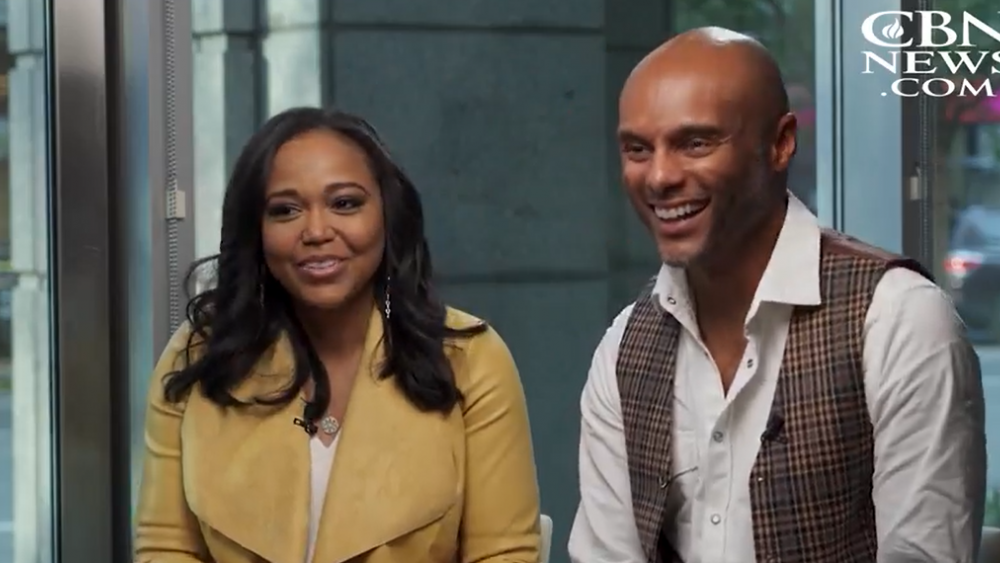 But the newlyweds hope their lives will inspire people who aren't living in the spotlight. And both have new projects with that goal in mind.

Lattimore is R&B royalty and the prince of the love song. His latest album titled Here to Stay is due out on Dec. 3. Faith Jenkins' is also celebrating the recent release of her new book, Sis, Don't Settle: How to Stay Smart in Matters of the Heart.

In many ways, their partnership gave birth to both projects in the middle of a global pandemic. COVID lockdowns came only days after they tied the knot.

Remembering that unpredictable time, Lattimore told CBN News, "It was a beautiful thing."

"On the music side, Faith became the muse and the inspiration behind all of the lyrics that were on the album," he added. "I wasn't really going to do a contemporary album. I was going to do a Frank Sinatra, Nat King Cole project ... that was really my goal."

Lattimore continued, "I thought it was an interesting time because I got to know Faith in a different way. We laugh at the whole quarantine thing in respect that the time we were able to spend together in quarantine may equal five years compared to what I would have normally been able to spend with her because of my travel schedule."

He explained that God had orchestrated the timetable for their encounter.

"It was like God said, 'no, you're going to stop. The whole world is going to stop.' The timing was perfect for us to get to know each other on a deeper level."

While Lattimore was writing and recording new music, Jenkins was working on her book. Together, they call the works complimentary.

"They kind of begin with the Sis, Don't Settle first, because if you don't settle, you can experience these love songs that I have sung about for many years," he noted.

Jenkins shares her dating journey and love advice for women in the book.

Jenkins says she shares her stories because no one did that for her. And she failed to find any relationship books that were helpful.

"I wanted to write something that I would have wanted to read when I was single and trying to navigate life and love," she said.

"I was single for a long time. I remember turning 35, and where I am from down in the South, you not being married at 35 is like seeing a dog walk on its hind legs," Jenkins pointed out. "It's very strange. So, I wanted to encourage women who are waiting until they meet the right person, but still getting all those questions about why they aren't married."

And Jenkins' husband can fully relate to her story.

While Lattimore has managed to master singing songs, he's lived on the other side. He suffered through a painful and public divorce years ago.

"I had done the work that she's talking about in the book," Lattimore recalled. "I had a period of, 'Do you like Kenny?' Just dealing with me and where I am in my life. And am I settled, and am I whole? Am I healthy?"

Lattimore had to ask himself, "What do I have really to offer in a relationship because I believe that relationships should be sacrificial ... there's service."