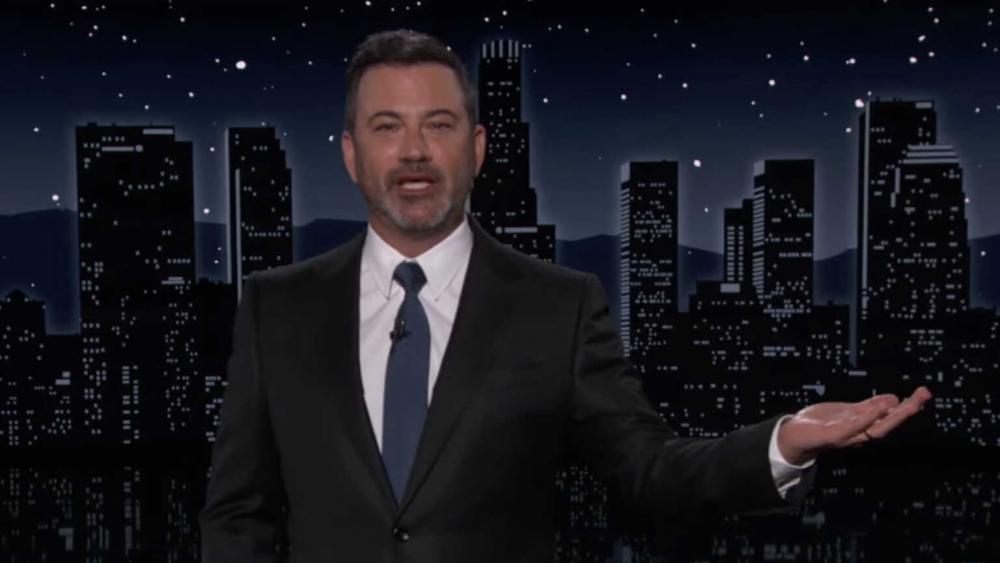 Despite his longstanding support for free universal health care regardless of pre-existing conditions, late-night show host Jimmy Kimmel said this week that unvaccinated people should be denied medical care.

He then ridiculed those who, seeking reprieve from the unrelenting and intense symptoms of COVID-19, take the anti-malaria drug ivermectin, which has shown some effectiveness in a handful of small studies, though its usefulness against this virus is highly disputed.

“Dr. Fauci said if hospitals get any more overcrowded, they’re going to have to make some very tough choices about who gets an ICU bed,” Kimmel said. “That choice doesn’t seem so tough to me. ‘Vaccinated person having a heart attack? Yes, come right in. We’ll take care of you. Unvaccinated guy who gobbled horse goo? Rest in peace, wheezy.’”

Kimmel’s “horse goo” is a reference to ivermectin, the drug created by the pharmaceutical company Merck, which, as the comedian noted, has released a statement discouraging people from taking the drug, as it is most commonly used to fight parasitic infections.

He also touted a debunked stat erroneously reported — then walked back — by the media.

“We’ve still got a lot of pan-dimwits out there,” Kimmel said. “People are still taking this ivermectin. The poison control center has seen a spike in calls from people taking this livestock medicine to fight the coronavirus, but they won’t take the vaccine. It’s like if you’re a vegan and you’re like, ‘No, I don’t want a hamburger. Give me that can of Alpo instead.’”

His claims came as a result of a seemingly shoddy report from the local Oklahoma news channel KFOR-TV. The outlet relied a great deal on quotes from one doctor, Jason McElyea, who claimed the overcrowding in local hospitals was due, in large part, to a wave of ivermectin overdoses. After the story was picked up by several national outlets, one Oklahoma hospital referenced by McElyea issued a statement saying it hasn’t treated the first person suffering from an overdose of ivermectin.

There’s also little evidence to suggest such overdoses are putting a strain on other hospitals in the state, as Reason’s Robby Soave reported earlier this week.

Rolling Stone has since edited its story to add a note, stating there were a total of 459 cases of ivermectin overdoses across the entire country in August. Soave wrote that, although a state-by-state breakdown isn’t available, “it would be surprising if this was straining the Oklahoma medical system.”

In addition, the Associated Press reported recently that 70% of the calls to Mississippi’s poison control hotline were from people who had taken ivermectin. As it turns out, this was quite the error: The actual number was a meager 2%.

As for Kimmel, it’s unclear how he squares his suggestion that unvaccinated people should be denied medical care with his belief that all people should receive health care, regardless of their pre-existing conditions — an opinion he shared in 2017, when his then-newborn son was diagnosed at birth with a heart condition. At the time, he said that “no family should be denied medical care, emergency or otherwise.”

“I want to bring us back to focus on something we can’t afford to forget, and that is health care,” he said last year, when he gave his audience an update on his son. “The vast majority of this country believes that health insurance should cover Americans with pre-existing conditions.”

Fifty-six percent of the overall population of California, where Kimmel’s show is taped, is fully vaccinated against COVID-19. Broken down along demographic lines, 66% of Asian people, 55% of white people, 50% of Native Americans, 42% of black people, and 41% of Hispanic people are fully inoculated against the virus.

Here is a (slightly dated) nationwide breakdown from the Kaiser Family Foundation: 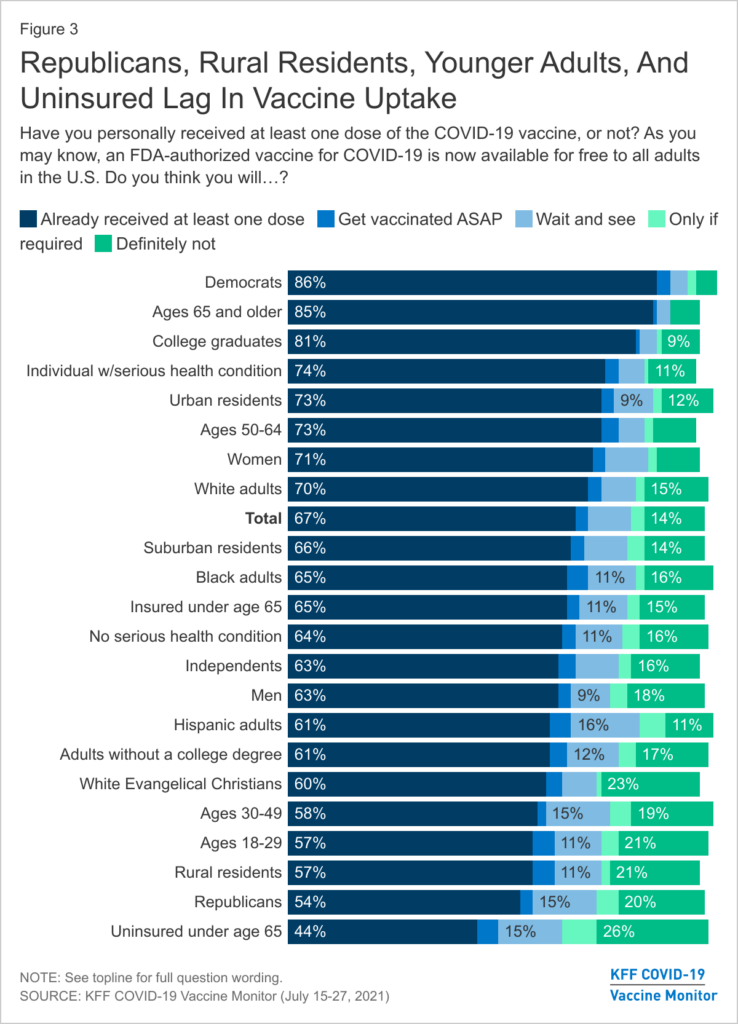