LeBron James Is Vaccinated but Says Everyone Should Have Their Own Choice: 'We're Talking About People's Bodies' 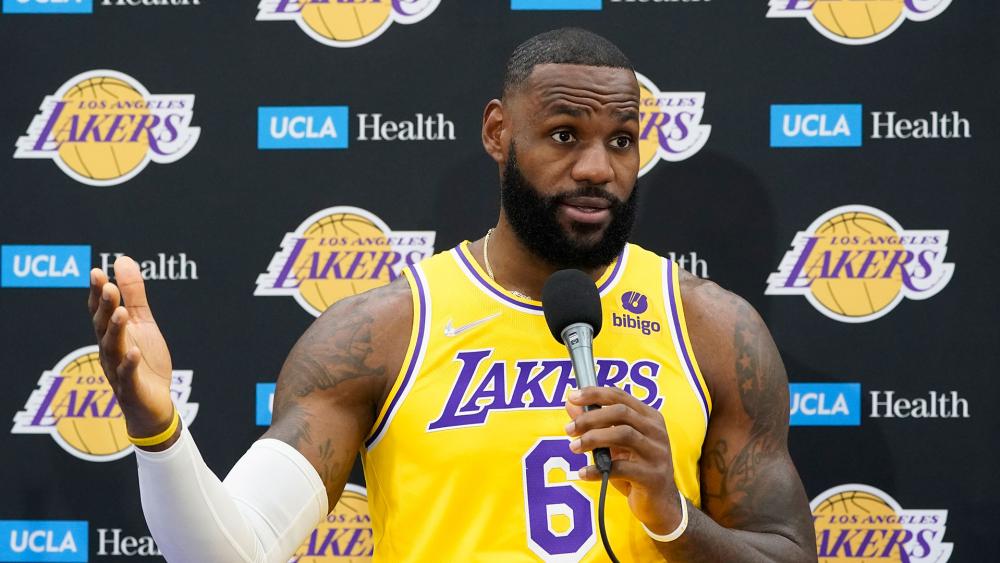 NBA superstar LeBron James said Tuesday he is vaccinated against COVID-19, but said the decision of whether to take the shots should be left to each individual.

“I think everyone has their own choice to do what they feel is right for themselves and their family,” the Los Angeles Lakers player told reporters, according to USA Today. “I know that I was very [skeptical] about it all, but, after doing my research and things of that nature, I felt like it was best suited for not only me but my family and my friends, and that’s why I decided to do it.”

LeBron James explains his decision to get vaccinated, but wanting to respect others for whether they decide to get it pic.twitter.com/khPH3NePAX

In March, James told reporters it was a “private family discussion” when he was asked at the time whether he was planning to get inoculated against COVID-19.

He said Tuesday he won’t spend his time trying to persuade others to get the shots.

James’ comments come the same week Orlando Magic forward Jonathan Isaac told the press he is not anti-vaccination but is not taking an inoculation at this time because, he argues, several studies have indicated natural immunity due to a prior infection is stronger than the immunity achieved through vaccination.

“I simply believe that it should be everyone’s individual right to make a decision on their vaccination status themselves without being pressured, without being bullied, without being forced into doing so,” Isaac said. “I think any other way for it is unjust.”

“Given the fact that I’ve had COVID before,” he continued, “I have antibodies [and with] my age group, my current physical fitness level, [COVID] is not necessarily a fear of mine.”

Isaac, who is an outspoken Christian, called out the media, saying he felt “misrepresented” by the press after explaining his thoughtfulness in choosing to forgo vaccination at this point.

“To see that many share my opinion is encouraging!” he wrote. “Whether you are vaxxed or not, you’re free to your own convictions and I stand with you and against bullying! Keep the faith and God bless!”

Thank you!! I just wanted to show how badly I was misrepresented/ share my views on things. To see that many share my opinion is encouraging! Whether you are vaxxed or not you’re free to your own convictions And I stand with you and against bullying! Keep the faith and God bless! https://t.co/zLvVCJbxJm

The two athletes’ comments come not long after President Joe Biden announced his administration is mandating all private-sector employers with 100 or more staffers to require their workers to be fully inoculated against COVID-19.