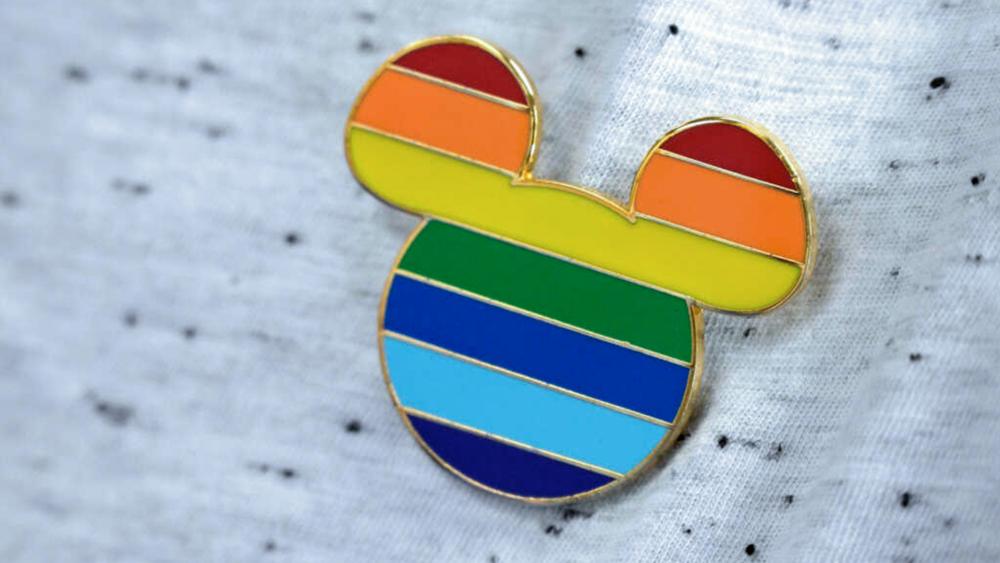 A Disney cast member displays a Mickey Mouse pin on his shirt at The Center, an LGBTQ support organization, while participating in an employee walkout of Walt Disney World, March 22, 2022, in Orlando, FL. (AP Photo/Phelan M. Ebenhack)

A stunning new poll released amid Disney’s controversial decision to rail against Florida’s Parental Rights in Education Act — as well as the release of leaked videos from Disney leaders and staff discussing LGBTQ issues — is yielding results that seemingly don’t fare too well for the kids’ entertainment company.

“News reports reveal Disney is focusing on creating content to expose young children to sexual ideas,” read the survey question from The Trafalgar Group and the Convention of States Action. “Does this make you more or less likely to do business with Disney?”

Overall, nearly 70% of likely American voters said they are less likely to do business with Disney in response to this question, with 57% saying they are “much less likely” to engage with the brand.

Mark Meckler, President of the Convention of States Action, said in a statement the results show there’s a “parents revolt movement … growing stronger every day.”

“Disney is about to learn that attempting to ideologically and sexually groom our children is a recipe for brand destruction, costing the company massively in both customers and revenue,” Meckler said.

He also detailed statistics showing parents are looking for “family-friendly alternatives to Disney.”

In fact, 70% of likely American voters said they would support family-friendly options outside of Disney, with 30% saying it is unlikely they would do so.

The survey was conducted from April 5-8 among 1,079 likely general election voters.

As Faithwire previously reported, the survey comes as Disney is embroiled in a battle with DeSantis. As noted, the war intensified last month after the governor signed the Parental Rights in Education bill into law.

Disney pledged to fight the newfound law, which critics — including Disney — have vociferously dubbed the “Don’t Say Gay bill.” The word “gay” doesn’t actually appear in the text, with the law, in practice, banning educators from teaching about gender identity and sexual orientation from pre-K through third grade.

You can read more about the debate here.