For KING & COUNTRY Star's Wife Freed from Agony of Anxiety Attacks and Addiction: 'God Is Healer' 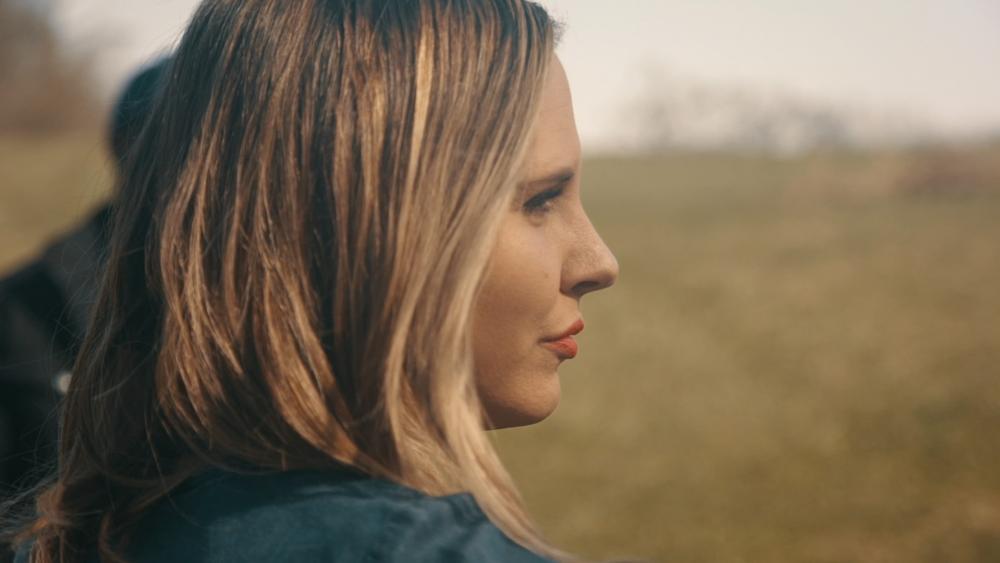 Courtney Smallbone, the wife of Luke Smallbone from the Grammy-winning Christian duo For KING & COUNTRY, was once trapped in trauma and addiction. It all started with a rare disease, and later in life when she needed medication for morning sickness, her prescription and unhealed pain soon took a dark turn.

"I felt so much shame for not being strong, and so I just didn't talk about it. Especially in, you know, I come from generations of pastors and my husband's in Christian music and so where do you have this conversation about anxiety and anxiety attacks and feeling overwhelmed by this doom and fear."

"I was 18 and diagnosed with a rare disease called Lemierre's syndrome," she explains. "Lemierre's syndrome is really rare, they say one in a million, and it's an infection that starts in your artery and shoots off to all of your organs and starts killing them."

"And when you're in ICU and people are operating on you and it's a life or death situation, I started having post-traumatic stress. During that time I shoved it down, I didn't want to talk about how I was having nightmares and how I was having panic attacks."

Though doctors were able to get her disease under control, Courtney continued to suppress her feelings of anxiety. Years later, her post-traumatic stress re-triggered when she became pregnant with her second child.

"I had horrible morning sickness," she recalls. "And so they gave me a prescription for it. And this prescription was interesting because, when I took it, I calmed down. So I would just keep taking it, high doses. My midwife was kind of questioning why I was still on it."

"In that time I didn't even share this addiction with Luke, with anyone," she says. "Sometimes this prescription can mess with your serotonin levels. So I would take it, and I would feel better. So I kept taking it."

"There was this day that Luke was at a show in Texas, and I was at home, and I had tried to get off of this pill, and I couldn't. I started shaking and shivering and having suicidal thoughts."

"And uh, my heart was racing, and I just knew I couldn't do it alone. And he didn't know this was going on, I was hiding this from everyone. And I called him, and I said, 'You need to come home.'"

"It was actually a fairly frantic phone call," he says. "And up until that point, I had never received that phone call before, and I said, 'Well, you know, well, what's going on?'"

"I can't get off of this pill. Like I'm not okay," Courtney explained. "I had just shoved it down, shoved it down, just pain, trauma, anxiety, fear, all of it just came out that day."

Luke flew home right away. "And so I got on the next plane and went home, and I come in the back door, and I see Courtney. 'Hey, Honey, you know, you-you okay?'"

"And she says, 'Well, you know, I'm okay right now.' But as the night progressed, I could see her hands begin to tremble, and I could see she actually started saying things like, 'Hey, I know the doctors have told me that I shouldn't take any more of this medicine, but if I just take one more pill to get me through the night,'" Luke recalls. "And I think it was at that point that I really realized, you know, we had a problem. And so the next day we went up to a mental health facility."

"I was checked into this outpatient facility for weeks," Courtney says. "And I was detoxing at the time, so I was shivering and grouchy and, you know, I was seven months pregnant."

"And it's in this, this place of vulnerability that he undid my shame. My shame started unraveling and I received grace in a whole new way," she recalls.

"I really started digging into the Word of God," she says. "I thought that I could, I could add to the cross, or I could detract from the cross. It's like instead I just understood in a whole new way that I can't add to what Jesus has done for me, and I can't take it away by anything bad that I could do. I just received this grace. And it was overwhelming."

Luke says, "And she'd shown such remarkable improvement in that, they said, 'Hey, you're, you're discharged, you're free to go. You're on the right trajectory, just keep it up."

Soon after that, when they were at home one night, Courtney hit another milestone in her healing.

"Luke came in, and I had taken all of the pills, all the – all of the prescriptions, and he found me in the bathroom, and I was flushing them."

"And she said, she said, 'Luke, these pills represent so much shame and so much guilt in my life, that I just need to see them leave," he recalls. "And it was at that moment that I was reminded of a story about an explorer who went to a foreign land, and when he arrived in the foreign land he said to his men, 'Hey, we're gonna go explore the horizon.'"

"And he waits a few more, a few days later, and he says, 'I want all of my men on the shoreline.' And once all of his men were accounted for on the shoreline, he gave his generals the command to burn the ships, because he says, 'We will not go back, we will not retreat, but we will force ourselves to move into the future.'"

"And I think for so many people it's difficult to move on from their pasts," he says. "You know, for those people, I say, 'Hey, go and do whatever you can to go and burn the ships.'"

"I used to feel like a victim of life, of when life would get hard. I didn't know really what to do, and I feel like my life now is when hard things come and, and pain happens, I know I'm gonna be okay."

"And I know that God is healer and that God can do anything, and nothing's impossible for Him. "