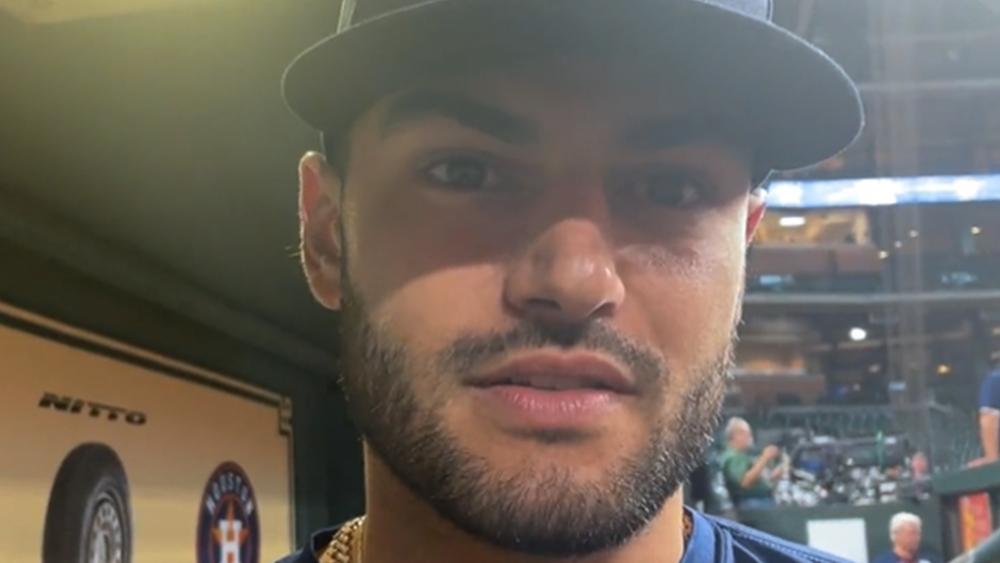 Astros pitcher Lance McCullers Jr. gave an 11-year-old boy a special gift after finding out that the young fan's baseball glove had been stolen.

The Houston Chronicle reports that Ben Brothers lost most of his baseball equipment after someone stole his family's truck last month while they were at a tournament near Houston.

One of the stolen items was Ben's prized glove, which McCullers had autographed earlier this year before a game at Minute Maid Park.

When an unexpected box was delivered to the family's house in Angleton last week, Ben was shocked to find a brand new baseball glove, which was also signed by McCullers.

An Angleton family told me a story that's going to make Astros fans love Lance McCullers more than they probably already do. https://t.co/3SeQp9Wvu2 via @chron

When asked about the kind gesture, McCullers said he saw it as a way to brighten Ben's day.

"It's just an opportunity to make a kid's day, and I think a lot of guys on our team are always looking for opportunities to do that," McCullers told Fox 26 Sports Director Mark Berman. "I knew the glove would bring him a lot of happiness, so I got it signed and sent it out to him."

Lance McCullers Jr(@lmccullers43),who knows a thing or 2 about giving back,stepped up when he found out Ben Brothers (11),of Angleton,lost his glove signed by Lance when the family’s truck was stolen. So Lance sent Ben another autographed glove. (1st reported by @Chron_MattYoung) pic.twitter.com/eBKxy7Odqe

The pitcher highlighted why it's important to use his platform as a means to make a positive impact on others.

"We have an amazing fan base and it stretches so far. They've supported us over the years and through a lot of difficult circumstances as well. I'm very grateful for the Astros fan base and so I like to do what I can when I can."

Before it was stolen, Ben used his glove during baseball games.

Brent noted that his son plans on keeping the new one "in a glass case and keep it there forever."

McCullers is known for his generosity toward children and animals.

In 2018, he saw a video of a 4-year-old Astros fan saying, "Lance McCullers is going to marry me." So, he invited the little girl and her family to a game and brought them on the field during batting practice.

McCullers and his wife Kara created the Lance McCullers Jr. Foundation as a way to raise awareness and develop programs that advocate for stray and homeless animals across the country.