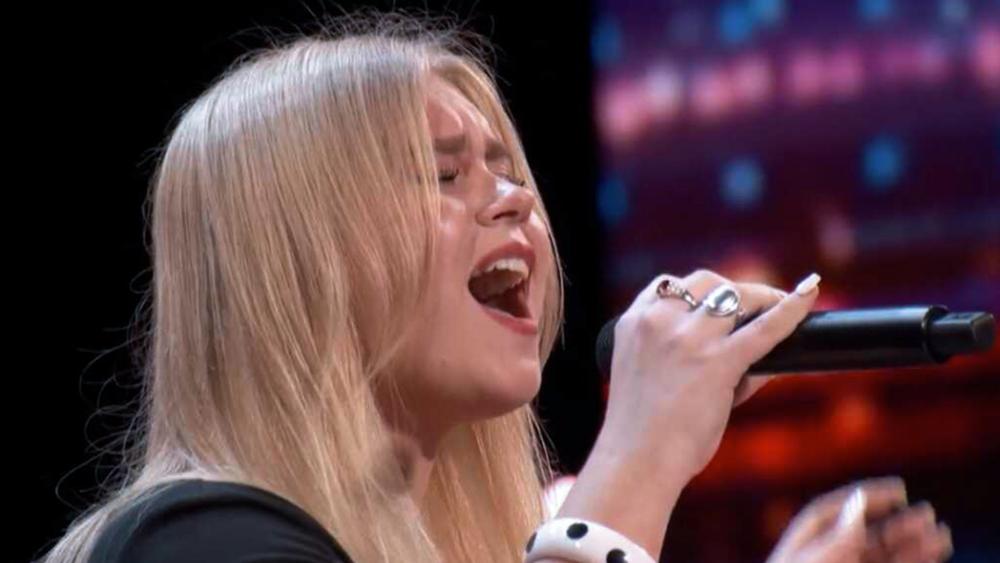 Singer Ava Swiss, 18, of Oxford, Michigan, appeared on the show last week and explained her motivation for choosing the Christian song.

“I chose this song because, back on Nov. 30, my brother and I were a part of the Oxford school shooting,” she said, with chatter and shocked reactions immediately coming from the audience. “We’ve lost four of our students, and seven others were injured.”

But despite her challenges overcoming the shooting, she said “things are getting better” and that she and her brother have been back in school for the past two months.

Music has been a solace during this challenging time, she told the judges. Here’s a song Swiss recorded last year in tribute to those lost:

“When I sing [Daigle’s song], I remember the good, I remember my community, my family, just the love,” Swiss said. “And I remember that it’s all there for me.”

Simon Cowell, who has often been known for harsh rebukes of some entertainers, told Swiss before the performance she is a “very special person.” And the reactions after the powerful performance were even more glowing.

“In life, it’s tough to show up, especially after going through incredible trauma,” he said. “The fact that you can break through that and shine the way you did today is so inspirational for every human being.”

As for judge Sofía Vergara, she added, “It gave me goosebumps.”

Continue to pray for Swiss and the Oxford community as they navigate such profound loss.