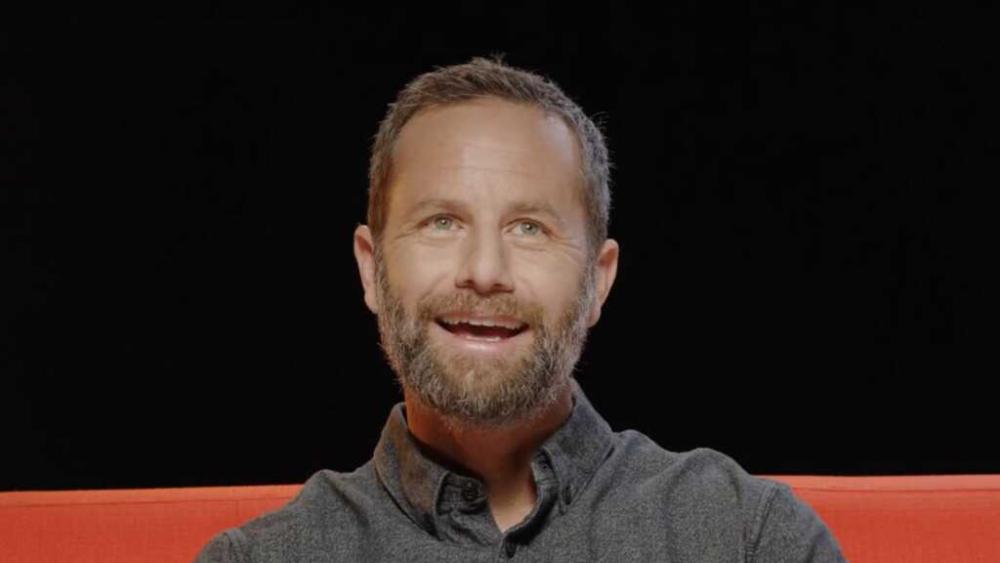 They say timing is everything — and that certainly seems to be the case for Kirk Cameron’s newest film.

The Christian actor and executive producer recently appeared on CBN’s “Faith vs. Culture,” where he spoke about “Lifemark,” a movie chronicling the true story of a teenage boy unexpectedly contacted by his birth mother, who gave him up for adoption 18 years earlier. The film debuts as a Fathom Event in theaters nationwide Sept. 9-15.

Cameron described the movie from filmmaking duo Alex and Stephen Kendrick as the brothers’ “best one yet.” The “Growing Pains” star last worked with the Kendricks in 2008, when “Fireproof” hit theaters.

The timing of the debut of “Lifemark” is certainly noteworthy, given the pro-life film’s premiere is coming just a few months after the U.S. Supreme Court ruled to overturn the precedent established in 1973 by its landmark case Roe v. Wade, granting nationwide legal cover to abortion access.

“This is a movie that’s coming out an an unbelievably providential moment in history,” Cameron told CBN show co-hosts Dan Andros and Billy Hallowell. “Who would have thought that Roe v. Wade would be gone? Let’s say that again: Roe v. Wade is gone. Holy smokes! And now here’s a movie coming on the heels of that Supreme Court decision that celebrates the value of life in the womb and the beauty of adoption.”

Telling the story of “Lifemark,” which details the last-minute decision of an 18-year-old girl seconds away from abortion stopping the procedure to choose adoption instead, was personally important to Cameron because he and his wife have four adopted children themselves — two of whom have, like the character in the movie, met their birth mothers.

One of the central reasons Cameron is so passionate about adoption is because his wife, Chelsea Noble, was adopted by her parents.

“Think about this,” the actor posited. “My wife was one doctor appointment away from not existing and our four [adopted] children were also this close to not existing. And if my wife hadn’t been born, neither would our two natural-born children. So all six of our kids and my wife wouldn’t be here if people didn’t value their lives while they were in the womb so that they could grow into these beautiful and amazing people that they are.”

As for the high court’s ruling on Roe, Cameron said later on “Faith vs. Culture” he believes it could spark a spiritual revival around the country, resulting in positive change on a number of culturally relevant issues.

“I even think that this decision could be like the little pebbles that begin to loosen and begin to fall and cascade through other elements of culture within the church, the family of faith, that could cause an avalanche of great, positive things in the culture and bring about a revival,” he explained. “Isn’t this fantastic? A law that has been on the books for over 50 years now — or just about 50 years — has been demolished, has been rejected, erased, and deleted. This is a fantastic move of God and we should not waste this opportunity.”

His hope for “Lifemark” is that it might give viewers a better, more tangible understanding “of what you can do” rather than pursue abortion.

“It gives people a real-life story that is based on true events, that give you the value of life, every life, and then also what you can do to support this massive — or take care of this massive — need we’re gonna have in our country now that we’re on the other side of Roe v. Wade,” Cameron said. “Lots more babies are gonna be born and the babies are gonna need homes.”

You can watch our full conversation with Cameron in the video embedded above.