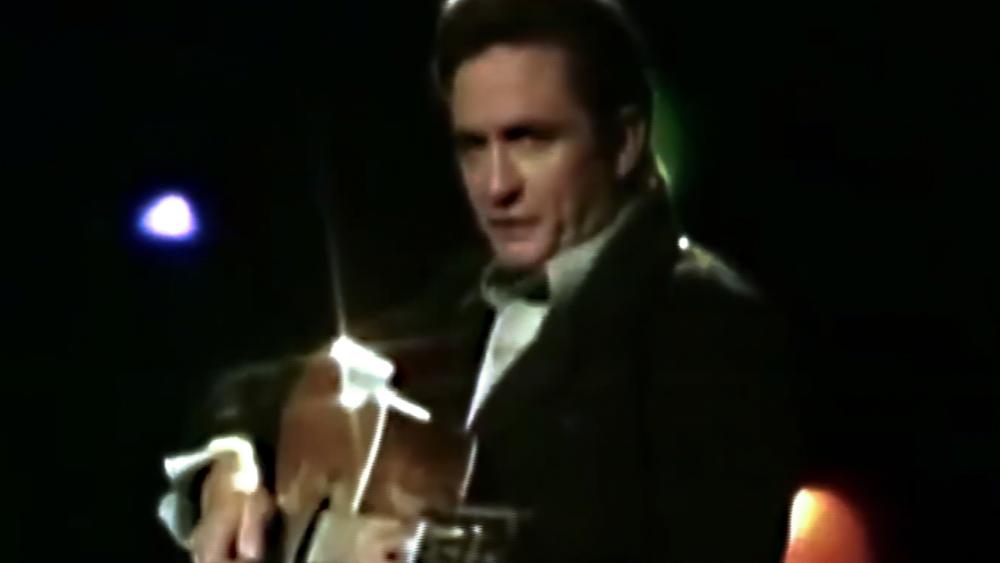 NASHVILLE, TN – It's a story Johnny Cash began telling in the 1970s – of how the famous, yet drug-addicted and depressed singer, stumbled into a Tennessee cave and laid down in the dark, expecting to die.

But instead of death, Johnny Cash was reborn to new life in Jesus Christ.

The untold story of how The Man in Black found faith and redemption is told in a new documentary film, Johnny Cash: Redemption of an American Icon.

Produced by Cash's son, John Carter Cash, the documentary focuses on a critical period in the country music legend's life and career when he went from singing hymns in the cotton fields to playing sold-out stadiums. At the height of his career, a cycle of depression and drug addiction left Cash in the lowest valley personally.

Featuring never-before-heard conversations with the Man in Black himself, the documentary follows Cash's road to redemption and return to his faith, as country music stars Marty Stuart, Wynonna Judd, Tim McGraw, and many others share their insights into the life and legacy of the artist, man and friend.

Cash sat down with CBN News and told us what made him commit to being part of this project.

"Well, it was my father's mission in life. That is probably his number one mission was to be a witness for Christ and to share his faith with people," Cash said.

"The focus," Cash added, "is on his redemption."

The documentary reaches back to recordings that have only been recently discovered.

Cash said he got insight into things about his famous father through the making of the film. One was Johnny's connection with his own father.

"The way that they healed their relationship later in life. Insight into his feelings about his brother Jack, who passed away when my dad was 12 years old and Jack was 14. And there's so much there. There really is," Cash said.

There are also interviews with everyone from rocker Alice Cooper to Johnny Cash's sister, Joanne, who was interviewed for the documentary.

"People walk up to me and they ask me, 'what's it like to be a product of the greatest love affair that it ever was?' And I'm like, well, you evidently weren't there. There was a there was a lot going on. But. But what is beautiful about their relationship is that it endured and that through the fire, through the struggles that they had, they did stay together and that in the end, they were closer together than they ever had been. And I think they would have rather had it that way than not. There's a lot to learn from it. The truth is about longsuffering, about the fruits of the spirit, about, you know, about the blessings that are to come through staying together and through the struggles that go along with it sometimes," Cash said.

Despite Johnny Cash's struggles with substance abuse and depression, his son says there was another side, unseen by most. Cash calls his father a "gentle, kind man, always loving, always forgiving, always considerate {and} thoughtful of other people."

What Johnny Cash left behind, Cash says, is the memory of a man who "walked the walk."

"You know, he gives me strength today to continue to look into the eyes of my children. And he was asked by Larry King Live television one time what would be the most important legacy that he could leave behind? What's the most important thing? And his answer was that he would be a good father. And so I remember that. And that was when my father was very ill, you know, and at the end of his life and looking and thinking, you know, not thinking about the gold you can't carry into the ground, but looking into the eyes of his children and his grandchildren and believing that he was there for them. And so that's the legacy that that that in the end that I hope my children can connect also with is that I hope to be a good father. And he was that to me."

Johnny Cash: The Redemption of An American Icon is in theaters nationwide for a limited time. Click HERE to see where it's playing in your area and to buy tickets.