'God's Plans Are Far Greater': NFL Star Was Teamless in October But Trusted in God. Now, He's About to Hit the Super Bowl Field 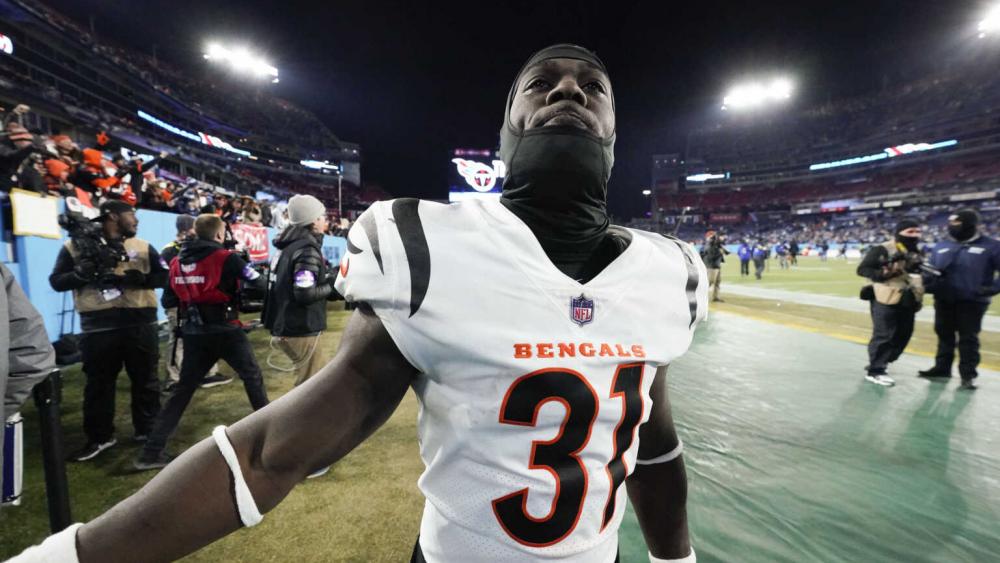 Bengals defensive back Michael Thomas has perhaps the most incredible overcomer story of all the players planning to hit the field on Super Bowl Sunday.

Just consider that Thomas didn’t have a team when the season started — and now, just months later, he’s playing with Cincinnati in the NFL’s most important game of the year. Jason Romano, director of media at Sports Spectrum, an outlet covering the intersection of faith and sports, recounted Thomas’ remarkable faith and football journey.

Thomas’ journey to the Bengals was certainly unconventional. He came into the league undrafted back in 2012 and journeyed throughout the NFL as a special teams player. As of last summer, Thomas was without a team.

Many players would be worried and panicked about the future, but Romano said Thomas patiently waited and relied on God.

“I talked to [Thomas] in the summertime … and I asked him specifically about football, and he’s like, ‘Jason, I don’t know. I don’t know, but I trust God has a plan,'” Romano recounted. “He trusted in the Lord to direct his path to direct his steps like it says in Proverbs. And he’s like, ‘If this is the end of the road, this is the end of the road. I’ll be okay with it. because God’s plan is not one to argue with.'”

Sure enough, this is precisely what Thomas said on the “Sports Spectrum Podcast.”

“God’s plans are far greater than ours, man … I wasn’t signed anywhere, but I wasn’t stressing,” Thomas said. “I knew God had a plan for me regardless of what that is, but I was very content and ready to transition if I needed to.”

That level of peace is the evidence of a heartfelt faith, especially amid the pressure of a potential end to an NFL dream. But Romano said Thomas was resolute as he remained home and teamless, even in October. At the time, Thomas focused on “being a great dad to his kids.”

Suddenly, though, Thomas got a call from the Bengals, and they asked him to be part of their team. At first, he thought he would be on the practice squad and not playing on the field — but he was wrong.

“He’s activated in early November, and he’s a special teams player for them, and he’s playing in every game, and he has been in uniform,” Romano said. “And will be this Sunday when you watch the Super Bowl, wearing number 31.”

Romano said Thomas couldn’t be more “gracious” and contented over how it all unfolded.

“He was so full of gratitude,” he said. “So full of joy, smiling ear-to-ear when I talked to him last week — just so thankful to be in the Super Bowl.”

Romano said there’s an essential lesson for everyone embedded in Thomas’ story: we never know what God plans to do with our lives.

“[It’s about] understanding that when we think our plans are all set and God can’t blow us away, all of a sudden he opens up a door that Michael never saw coming,” he said.

It’s truly a powerful faith story about trust and patience.