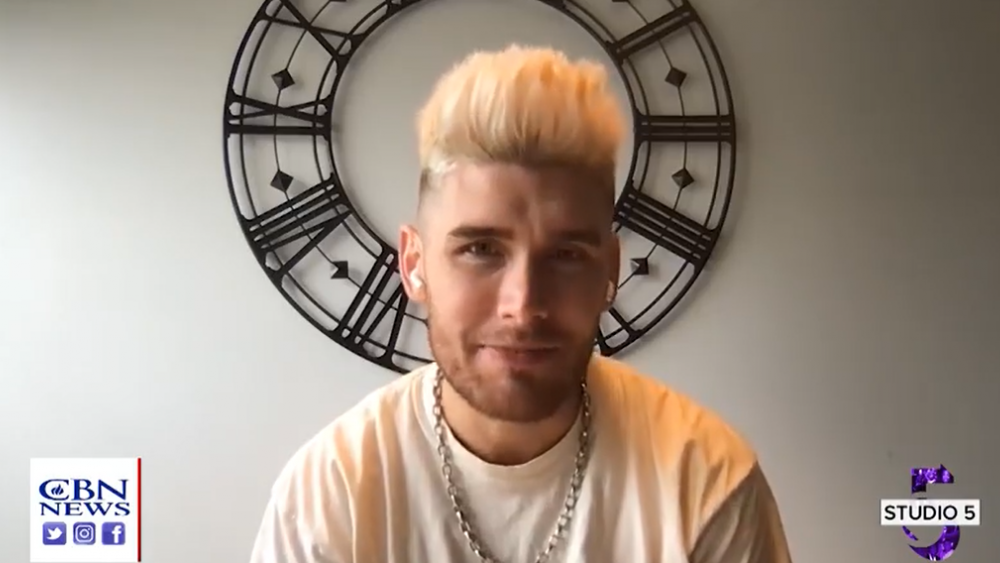 Colton Dixon is an "American Idol" favorite and he has new music and a new TV show to share, including his first new song of the year called "Build a Boat."

CBN's Efrem Graham spoke with Dixon on Studio 5 to bring you the story:

Efrem: "You have a new single called "Build the Boat" tell me the birth of this song.

Colton: "Yes, I'm so excited about this song because I love what it stands for. I was so inspired by the story of Noah. Looking at this guy that was telling everyone around them, 'Hey, God told me to build a boat in the middle of a drought.' You know I could only imagine the looks and the murmurs. You know from the world's perspective he lost everything ... right by following what God told him to do. Hollywood gets this wrong. It's not this big struggle. The Bible says that Noah was obedient period. Noah was obedient. I read that ... I was challenged personally. I want to be known as someone that has crazy faith like Noah. Who is willing to just put all this other stuff aside and follow the will of God for my life. I also think that there's a reward waiting on the other side of that.

"I think God wants to get something to you. So when He asks something really big of you, just trust Him because something is on the way. Something is happening behind the scenes that you don't see. For Noah, ultimately, it was a big warning sign right like trust me you want to build the boat. Yeah, so I wrote this song to declare, Lord whatever you have for me in my life, I just want to step out and be obedient. Even if I am in a drought season I'm going to step out and have faith now. I know something is on the way."

Efrem: "How beautiful. In your personal life, has there been some Noah moments where God's challenged you to do something that to the world may sound crazy?"

Colton: "Absolutely. I feel like it happens often. Some are bigger than others, but one of those seasons for me is I actually got dropped from one of my record labels a few years back and it was kinda out of the blue for me. Things seemed to be going well so there was a lot of questions and it was definitely a slice of humble pie as we like to call it in the South. But, it was kinda that moment where we had to trust that God knew what He was doing; that God had a plan.

"I still felt that music was the thing after going back and forth for a little over a week. But my wife said something really cool, she said, 'what if this isn't a setback like it may seem. But what if it's God setting you up for what's next.' Man, I took a hold of that ... stood on that. It was so cool to see what God did during that season. Not only did my faith grow deeper, but I felt my relationship grew stronger because He was it. He was the source of income. He was the source of Joy. He was the source of all these things because nothing else really was. Yeah, I think it's in those dry seasons where your faith has the opportunity to grow. It's up to us. So, that was definitely one of those "Build a Boat" moments. I'm like alright, I'm just going to continue to do what I know to do. To be led by the Spirit of God. God, I'll let you handle all the details and He did."

Efrem: "And new single, new season, but I have to ask about your previous number 1. Where did the song come from? What did you see it do?"

Colton: "Yeah, 'Miracles' came directly out of that season where I got dropped by my label. It was one of the first songs I wrote, starting working on a new project. I got to write with a legendary songwriter. His name was Bugsby. He passed away a couple years ago, but so thankful I got that time to spend with him. Honestly, that song is about celebrating the little things. You know we think miracles. We think parting the Red Sea. We think walking on water.

"We think all these really big things, but the fact that you and I woke up this morning and have breath in our lungs is a miracle. It may not look how you think it might, but it still doesn't mean you ignore the fact that He's still working on your behalf."

Efrem: "Indeed, Amen. So there's a new series out called "Live and Local." I understand a certain singer is making an appearance. What can you tell us?"

Colton: "Man, it's about this Christian radio station and all the things that go on behind the scenes that maybe the world would never see or hear. They brought on some real guests like myself ... honored to be one of those guests to talk about life like they would in real life. I think it's going to be a lot of fun."

Colton's "Build a Boat" is available right now and "Live and Local" is streaming on the Pure Flix platform.