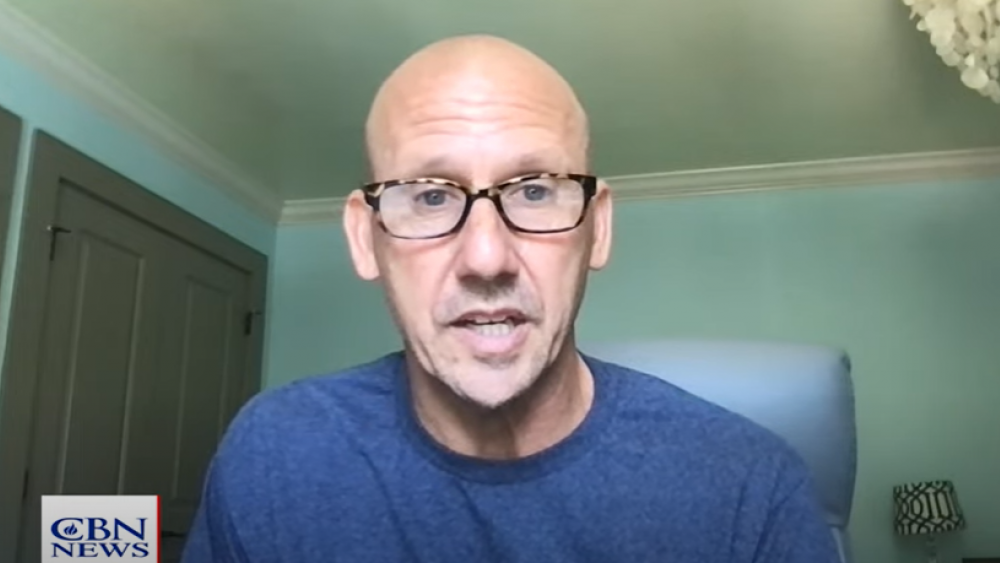 The band Hootie & the Blowfish became hugely popular during the 1990s with hits like "Hold My Hand," "Let Her Cry," and "Only Want to Be With You."

Longtime drummer and one of the band's principal songwriters, Jim "Soni" Sonefeld, is sharing his band story in a new memoir "Swimming with the Blowfish: Hootie, Healing, and One Hell of a Ride" which is scheduled for release on June 28.

The story looks back at the band's humble beginnings, rise to success, sudden fall, and ultimate rebirth.

In the telling, Sonefeld opens up about his faith and how he found God amid an intense struggle with stardom, alcoholism, and drug addiction.

"I wanted to say something that might be helpful to people out there," he told CBN's Studio 5. "They get to take a look behind the scenes at the band and how we got to a place of popularity in the mid-90s. It also talks about the difficulties and I want people to know that no matter what you think of people in the media or in the entertainment world, it's rarely all of the story."

"We enjoyed five solid years of really being at the top and traveling the world and having a lot of fans. That ride also began to come down after 2000 and I was caught up in denial that our career was sliding down. I had some emotional imbalances that I tried to fix with chemicals."

Ultimately, it was through his then-4-year-old daughter that the Lord turned his life around.

"I turned, for the first time, to ask someone for help. That person I asked told me a little bit about his spiritual program which I ended up following. It led me back to Christ, to the Bible, to a transformational life."

Watch an interview with Sonefeld and CBN's Faithwire below: