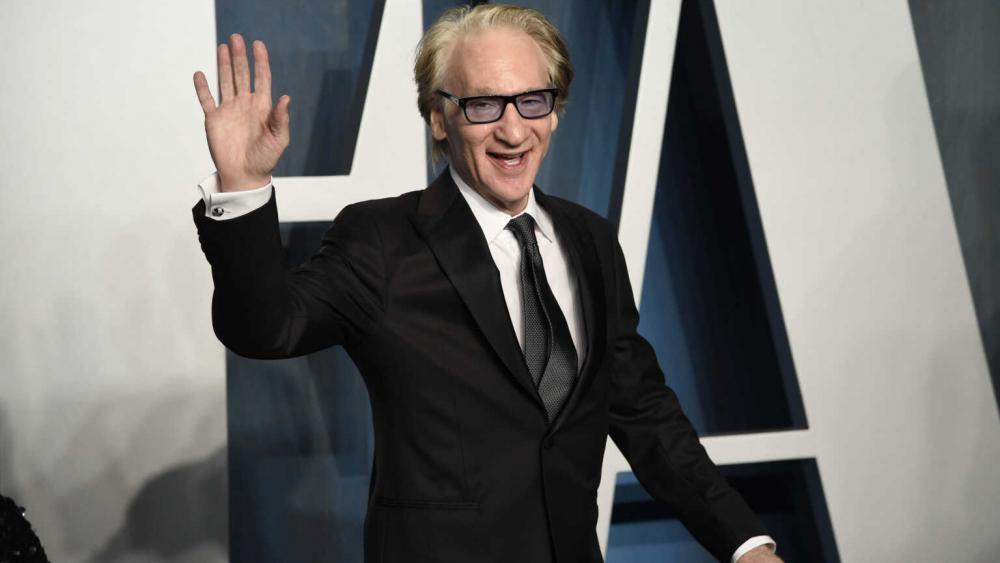 Maher opened his closing comments by calling out the strange disconnect he sees between Hollywood’s treatment of gun violence and almost every other issue under the sun.

“Now that we live in an age of uber-corporate responsibility where every large company in America bends over backwards to get on the politically correct side of every issue, Hollywood has to tell us — why does that not include gun violence?” Maher said. “When liberals scream, ‘Do something!’ after a mass shooting, why aren’t we also dealing with the fact that the average American kid sees 200,000 acts of violence on screens before the age of 18 and that, according to the FBI, one of the warning signs of a potential school shooter is ‘a fascination with violence-filled entertainment?'”

Maher said Hollywood is “the wokest place on earth” regarding social responsibility, citing intimacy coordinators, Disney’s standing on the “Don’t Say Gay” drama, and many other issues. Yet he said gun violence remains untouched and unaddressed.

“Weird,” he added. “The only thing we don’t call a trigger is the one that actually has a trigger.”

There’s a sick similarity between the revenge fantasies Hollywood turns out and those of school shooters. pic.twitter.com/PU47JWhGiK

Maher said he is aware some will see his comments as a “conservative rant” of sorts or assume he’s ignoring gun control, but he said that isn’t the case.

“It’s just what’s real,” he said, noting the “crazy amounts of gun violence” on TV and movies is just one piece of the pie of issues leading to mass shootings.

Maher also took particular issue with the vengeful nature of many Hollywood films and said the protagonists are often seen as seeking retribution for a wrong. The violence shown is then excused or covered under that guise.

“They call them action movies,” he said. “They should call them revenge movies because that’s the plot of every one of them. And there’s a sick similarity in the revenge fantasies Hollywood turns out and those of school shooters.”

The comedian said liberals often scoff at conservatives who herald the idea a good guy with a gun is needed to stop a bad guy with a gun. Yet, he said Hollywood ironically churns out film after film depicting that very dynamic.

“They hate it when gun people say it takes a good guy with a gun to stop a bad guy with a gun,” he said. “But then they endlessly produce movies with that exact plot.”

These comments come after evangelist Franklin Graham, the son of the late Billy Graham, expressed similar concerns about violence in American culture. As Faithwire previously reported, Graham said earlier this month America is a “nation addicted to violence” and that culture’s abandonment of God is leading to “more problems.”

The evangelist said American culture is replete with violent imagery; he proposed society curb such themes in entertainment if we want to “make a difference.”

“What would make a difference is a ban on all of the movies, television shows, and video games graphically depicting gun violence, bloody gore, and death,” Graham wrote. “We are a nation addicted to violence — and they call it entertainment.”