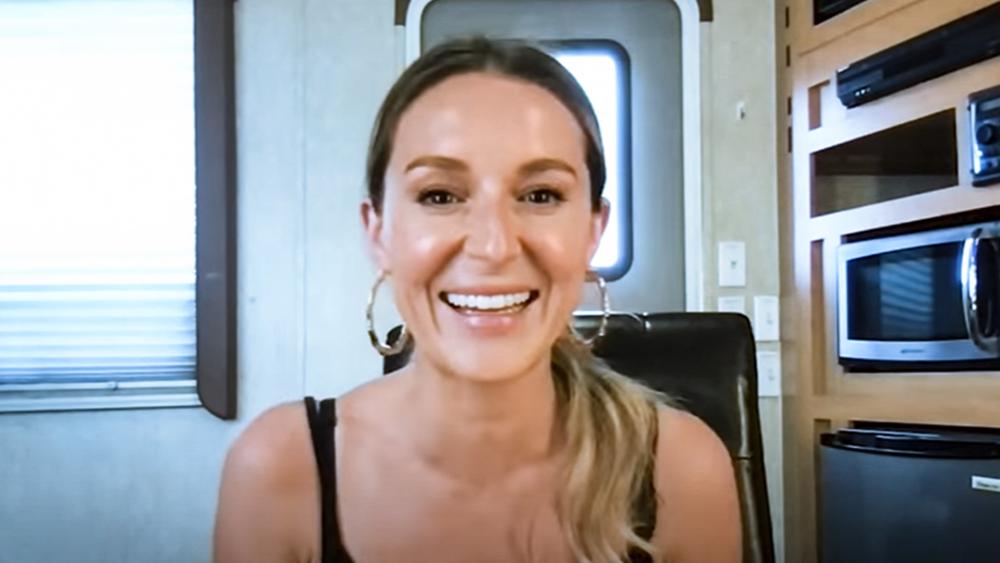 Actress and author Alexa PenaVega is opening up about the struggles she's faced growing up in Hollywood and how faith brought her through it.

Known for her role as Carmen Cortez in the Spy Kids film series, PenaVega is gearing up for the release of her new book, What If Love Is the Point?: Living for Jesus in a Self-Consumed World.

In it, she talks about overcoming an eating disorder and recovering from a painful divorce.

During a recent interview with Sadie Robertson Huff on the "Whoa That's Good" podcast, the 33-year-old explained that her biggest fear was that someone would find out about her eating disorder.

"I was living with this secret that I was really ashamed of. I was praised whenever I looked skinnier and if I didn't look as skinny one day, nobody would compliment me," PenaVega explained. "I started thriving on what other people thought of me instead of focusing in on God."

She said her eating habits had such a tight grip on her, but once she started talking about the issue, it felt like "breaking off all those chains."

"It became this thing that no longer consumed me. Obviously, God did a whole number in my life to get me through the eating disorder," PenaVega said.

She recalled how her mother warned her not to tell people she was dealing with an eating disorder. If she did, she warned, then people would only view her as someone with a disorder.

"I know she meant it as a way of protecting me, but I really feel like the enemy took those words and just turned it into something that had a stronghold over my life," she recounted. "I just lived with my secret and it just tormented me for so long. And I think I also probably could have solved this much faster had I confided in the right people earlier on."

PenaVega discussed the pressures that young people face today with social media and how it shows a filtered side of life.

"I think it's really hard especially for girls nowadays because every photo that we post, we're like, 'how many people liked it.' This new generation, it's a hard mental thing for young kids to deal with because it is a form of rejection," the actress stated.

"I think that's where you really have to lean on God's Word. Honestly, that's what got me through my eating disorder. I had this faith my whole entire life. I craved relationship with God and I knew it was deeper than what I had and I wanted to know more."

PenaVega said she started going to church on her own at the age of 16.

"I would talk about God. I would talk about Jesus, but then Holy Spirit was this weird thing that I didn't quite understand. That was kind of like pushed to the side. But I started getting older and really reading the Word, understanding who God was and developing that relationship with Him," she said.

"I started figuring out what the armor of God really stood for. The Word of God is power. It is so powerful. I feel like a superhero because I know I have God behind me in everything that I do. He's in control so I literally have nothing to fear."

PenaVega compared living in service to Christ with the Bible verse, 1 Corinthians 9:24 -

"Do you not know that in a race all the runners run, but only one gets the prize? Run in such a way as to get the prize."

"For me, that means walk the walk. The prize is the Kingdom. When we look at social media today, our goal is to really show what walking the walk looks like. You don't have to mention Jesus. You just have to show what living for Jesus actually looks like," PenaVega explained. "More often than not, that represents Him more than screaming Jesus to the top of your lungs."

The actress married Carlos PenaVega from the boy band Big Time Rush in 2014. The couple has three children together.