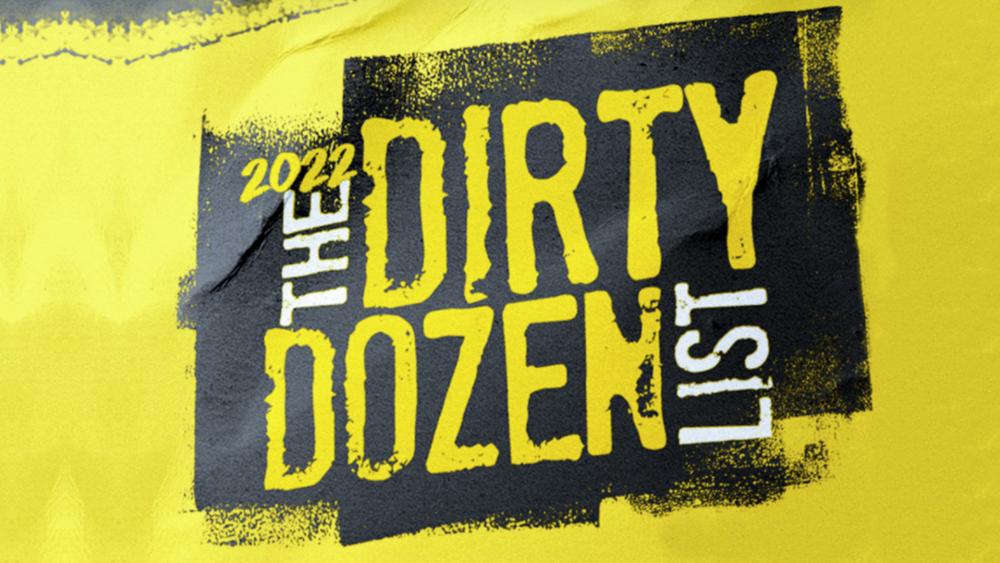 On Tuesday, the National Center on Sexual Exploitation (NCOSE) announced its annual "Dirty Dozen List" of companies that it alleges are facilitating, enabling, and even profiting from sexual abuse and exploitation.

Two years after the beginning of the COVID-19 pandemic, sexual exploitation through the use of the internet remains a big problem. The inclusion of the names of familiar internet and entertainment companies like Google, Meta (Facebook), and Netflix should especially give parents a warning as to what their children are interacting with or watching.

Started in 2013, the Dirty Dozen list has motivated consumers across the country to call on corporations, government agencies, and other organizations to change their policies and practices.

"Corporations and popular brands shape our culture and influence the ways we think, act, and feel about ourselves and others. And while many of these entities bring positive benefits and allow us to communicate, learn, work, and relax, unfortunately, many are also fueling sexual exploitation through their business practices, policies, and products," Lina Nealon, director of corporate and strategic initiatives for the NCOSE said in a statement.

"Children and marginalized people, in particular, are being harmed at record numbers due to increased vulnerabilities created by the pandemic – yet corporations continue watching profits skyrocket without prioritizing user protection and well-being," the statement continued. "We cannot allow this reality to go unchallenged, and our annual Dirty Dozen List advocates for crucial changes toward corporate social responsibility."

Some of the companies who made this year's NCOSE list include:

Discord, a popular communication platform for both adults and children, made the list again this year and it reportedly "consistently fails to address the extensive sexually graphic, violent, and exploitative content on its thousands of private and public channels," according to the NCOSE.  The organization explains "the platform's inadequate age verification and moderation procedures means millions of children and teen users are left with near-unmitigated exposure to child sexual abuse material, non-consensual pornography trading, and the predatory grooming that are rampant on its platform."

Even though the NCOSE notes that Google has taken remarkable strides over the past several years to combat sexual exploitation, the organization alleges the platform's search feature gives "access to real and depicted content of sexual abuse, including graphic videos of sex trafficking, child sexual abuse, and nonconsensually recorded/shared content, as well as illegal and socially damaging-themed content."

The tech giant has yet to establish sex survivor-centered practices to remove nonconsenual sexual content from its search results. So many victims suffer ongoing trauma as their abuse is replayed over and over online, according to the NCOSE.

Meta is a corporation that owns Facebook, Instagram, and WhatsApp. NCOSE explains that all of these platforms have been scrutinized as "primary places for grooming, sextortion, child sexual abuse materials, and sex trafficking."

NBC News reports the justice's comments came after the high court declined to hear an appeal from a Texas woman who as a teenager was friended by a man under a false name on Facebook who was, in reality, a sex trafficker. After she had a fight with her mother, the man tricked the then-15-year-old girl into thinking she could make enough money by modeling in order to live on her own.

The woman says after the man picked her up, she was raped, beaten, photographs were taken of her and she was forced into sex trafficking.

The Supreme Court declined to hear the woman's appeal on Monday, but Thomas said the court "should address the proper scope of immunity" in an appropriate case.

Thomas said the law's interpretation is too broad.

"It is hard to see why the protection §230(c)(1) grants publishers against being held strictly liable for third parties' content should protect Facebook from liability for its own 'acts and omissions'," Thomas said in a statement. "At the very least, before we close the door on such serious charges, we should be certain that is what the law demands."

One notable addition to the NCOSE's "Dirty Dozen List" is the Kanakuk Kamps. Founded in 1926, it is one of the largest Christian sports camps in the country. The NCOSE charges that "years of child sexual abuse" have been covered up by the camp.

Citing investigative stories by KTVT-TV and Vice News, the NCOSE also said between April-June of 2021, they were also contacted by three survivors of sexual abuse allegedly taking place at Kanakuk.

In addition, the NCOSE has also published more detailed information about the alleged abuse on its website.

The camp has issued a statement on its website saying, "Tragically more than 12 years ago, one of our staff members was accused and convicted for abusing Kampers. We were devastated by the deceptive practices of this individual and continue to grieve with victims and their families. We've said it before, and we will say it again, we are forever sorry for the pain inflicted on victims and their families."

"We desire to support victims and help them in their healing journey. Any victim can reach out to Kanakuk by emailing us at victimsupport@kanakuk.com or access several independent victim advocacy organizations such as ChildHelp.org or Rainn.org who can provide access to local support services, reporting assistance, and educational resources," the website continued.

CBN News has reached out to Kanakuk Kamps for comment.  We will publish it here as soon as we hear back.

You can see the entire "Dirty Dozen List" here.