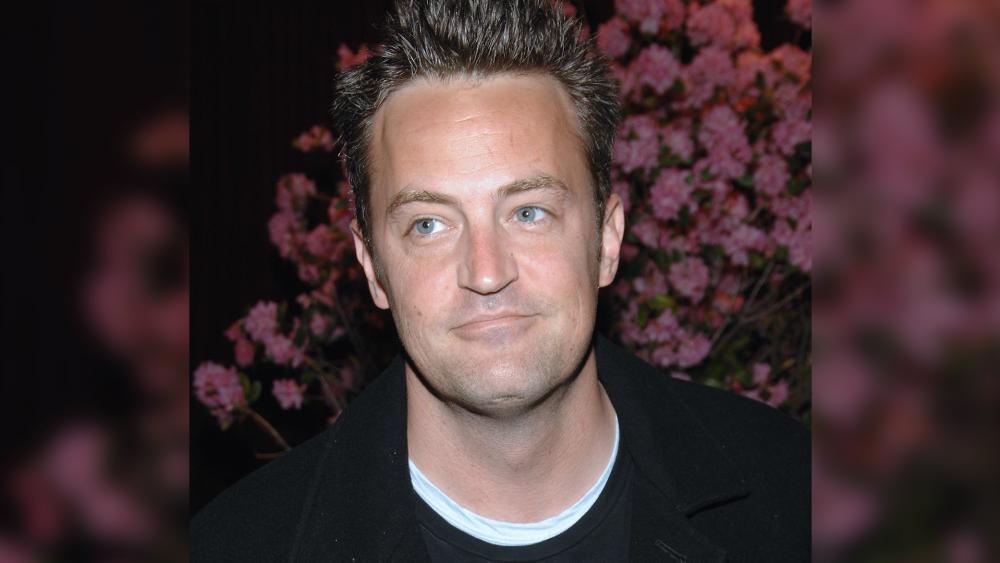 Matthew Perry is famously known for playing Chandler Bing on NBC's hit sitcom "Friends". But the seemingly happy character he played on TV was miles away from the torturous life and death battle taking place in his soul.

The comedic star recently opened up about his lifelong addiction to alcohol and prescription drugs and recounted the first time he prayed to God.

"You also wrote, you found yourself getting on your knees, closing your eyes and praying," ABC's Diane Sawyer read out of Perry's new memoir, Friends, Lovers, and the Big Terrible Thing. "'God you can do whatever you want to me, just please make me famous'."

Perry admitted to Sawyer that he prayed that prayer at 18 years old. He says he would have done anything to obtain fame after struggling as the child of a broken home.

"That was the first time I ever prayed, and I look back at it as a dumb prayer, like a prayer of like a really young person," he said in the interview that aired Friday.

His one-on-one Nightline interview with Sawyer highlighted pivotal moments in his life and career including his parent's divorce, joining the Friends cast, and being introduced to alcohol at a young age.

Perry wrote his new book partly as an attempt to help other people struggling with addiction.

He told Sawyer after taking his first drink at 14 years old, he felt euphoric and described the moment as "heavenly."

"I laid in the grass and just was in heaven," he recounted. "And I thought to myself, 'This must be the way that normal people feel all the time.'"

He added, "By the time I was 18 I was drinking every day. At that time I was drinking out with friends, a lot, and then at 1:45 I would say 'I'm going to go home' and I would race across town to a liquor store, buy a bottle of vodka, and drink as much as I had with the other guys that night."

At that time, Perry had moved from Ottawa, Canada to Hollywood to pursue acting and thought becoming famous would tame his addiction and "heal the hole inside"– but it only made it worse.

He found immediate success and eventually landed the role of Chandler on "Friends", but he had to make a promise to himself that he would refrain from drinking while on set.

"I made a rule that I would never drink or take anything at work, but I would show up blindly hungover. Shaking and crazy hungover," he told Sawyer.

Perry hid his addiction from friends, family, and coworkers, for many years. Then, one day, he was confronted by co-star Jennifer Anniston.

"Imagine how scary that was," he said. "And I said, 'How? I thought I was hiding it so well.' And she said, 'We can smell it on you.' But I wasn't in a position to stop because that is what addiction is, but she was the one to reach out the most."

"I'm really grateful to her for that," he added.

Perry continued drinking and soon added prescription pills on top of that following a jet skiing accident. The actor said he hoped prescription pills would help him quit alcohol, but over time he began to combine the two. At one point, he was taking as many as 55 Vicodin pills a day.

"I was in a dark room, meeting with nothing but drug dealers and completely alone, for months," he shared. "Addiction is an obsession of your mind [that says] now give me everything you gave me before and more."

In 2004, Perry's addiction became public, but he still struggled for many years. He now says he should be dead after being controlled by substance abuse for decades and facing near-death experiences.

He says no one can win the fight against addiction on their own. He hopes his new book will help others find help.

"Your addiction is just outside doing one-arm pushups, waiting to get you alone, because alone you lose," he told Sawyer.

Looking back at old scenes of Friends he says, "I feel sorry for that guy. Because that's a guy that is out of control...but again I am so grateful to not be that anymore."

EDITOR'S NOTE: In reporting about steps that high-profile individuals may be taking toward God, CBN does not endorse past or current behavior that may not line up with the Word of God. We are simply reporting the positive developments in their spiritual journey. As always, we encourage our readers to pray for everyone in the news, that the fruit of God would grow in all of our lives.