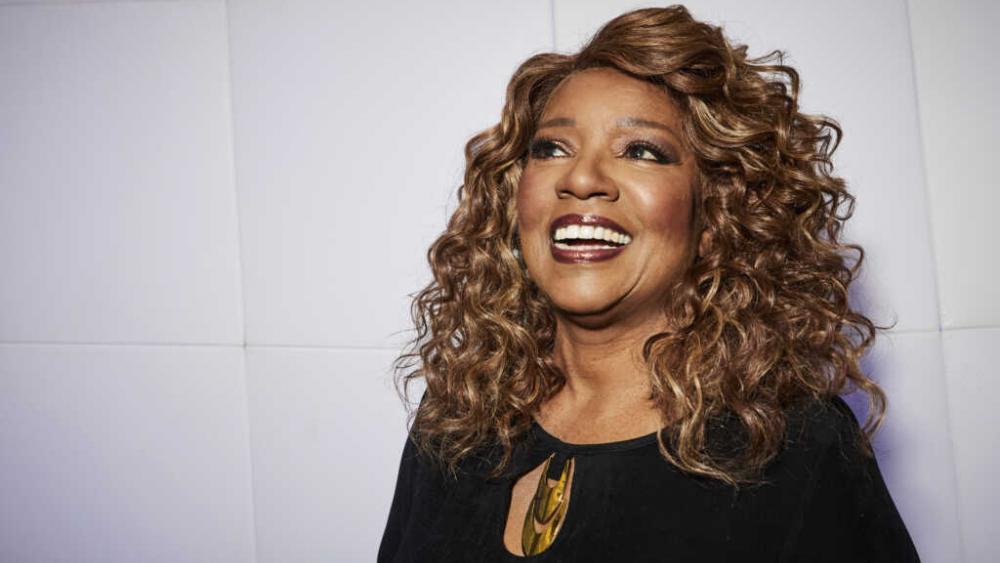 Most know her as the “Queen of Disco,” but it’s Gloria Gaynor’s journey to faith in Christ that’s most compelling.

In the 1980s, the “I Will Survive” singer was known for her parties. In fact, it was at one of those parties — a celebration thrown by the entertainer and her then-husband Linwood Simon — that the Lord literally got ahold of her.

“My mother had passed away some years before,” Gaynor recently told CBN’s Faithwire. “I sort of lost my moral compass for a minute. … I was kind of in limbo morally and kind of going along with whoever I was with and all of that. One night, the Lord literally grabbed me on my collar and said, ‘That’s enough.'”

“We had given a party in my hotel room and people were coming in with drugs and all that stuff and I was ready to get involved, to indulge, and the Lord just said, ‘No.’ I believe that He just said to the enemy, ‘Not to this one. This one’s mine.'”

A little more than a year later, Gaynor recalled coming across her baptismal certificate — a discovery that flooded the songwriter’s mind with memories of when she was baptized at 16 years old.

She was reminded in that moment of God’s faithfulness.

Gaynor went on to say there is “nothing more important” than listening to God when He speaks. To make her point, the 79-year-old performer recalled a miraculous instance in which she heard the voice of God.

Many years ago, during a bus strike, Gaynor was desperately searching for a ride home. She finally found an operating bus, but it was a distance away. As she was walking, the singer found herself under a train trestle when — out of the blue, she recalled — she “heard the Holy Spirit say, ‘Stop now!'”

“I stopped,” she said. “I looked down, and my toes were hanging over an open manhole. Yeah, it’s that important to hear Him when He speaks.”

As she’s matured in her faith, Gaynor has learned to apply the things God has revealed to her — especially in her career as a recording artist. Early on in her walk with the Lord, the singer admitted to attempting to “bargain” with God, vowing to put at least one Christian track on each of her albums.

That, though, wasn’t what she felt God wanted. She thought again, and prayed about making half of her future albums faith-oriented. Yet again, she didn’t receive the confirmation she was seeking. So she vowed to only sing Gospel music. Once more, though, she didn’t feel confident that’s what God desired of her.

She then determined to not do anything — to record no music — until God revealed to her what He wanted. And that’s when she started to hear God speak into her life.

“For a year, I did nothing but sit and learn and study the Word and listen to the Lord and write songs and all that kind of thing,” Gaynor said. “And after a year, He sent me back with this: ‘My Word speaks of all the issues of life. What would make you think I wouldn’t want you to sing about all the issues of life from my point of view?'”

“So that’s what I did,” she continued. “I changed some of the lyrics to some of my songs that I thought were askew — some of the songs I don’t sing at all anymore.”

Gaynor hasn’t shied away from hot topics, including sexuality.

She was asked about the issue again in 2019, by NPR’s Sarah McCammon, who prodded Gaynor to explain what she meant in her comments to the BBC. The singer replied:

I thought it was self-explanatory, what I said. I’m not against anybody. I just am a full believer that God knows and wants only what’s best for each and every one of us and is the only one that can bring it to pass if we rely on Him. That is the beginning and end of my thoughts about it.

So none of what I feel about homosexuality or my faith in God and my absolute belief in the Bible, which I believe to be the Word of God, has anything to do with my — has — none of it taints my ability to love them. And I think that is what is important.

Gaynor told us she often asks people, “Are you aware that sex is God’s idea?”

“There’s a way to [engage sexually],” she explained. “There’s a way for everything, within the confines of His [design]. And every single thing that He tells us to do or not to do is for our own good. There’s nothing we can do for Him; everything is Him doing for us.”

The singer-songwriter has steadily maintained her faith and convictions in an industry often condemned for its amorality and disdain for godliness.

“I’m not shoving anything down anybody’s throat, but if you want to know why, I can tell you why [I follow the Lord],” she said. “I can help you understand this. I can take you to a better way because, as I’ve often said, He loves us with an undying, unchanging, unconditional love. Everything that He tells us to do, that He wants us to do is for our own good.”

In addition to her music, Gaynor is making her acting debut in her new Christmas film, “The Thursday Night Club,” which premiered Nov. 1 on the faith-based streaming platform Pure Flix. To learn more about the movie, click here.