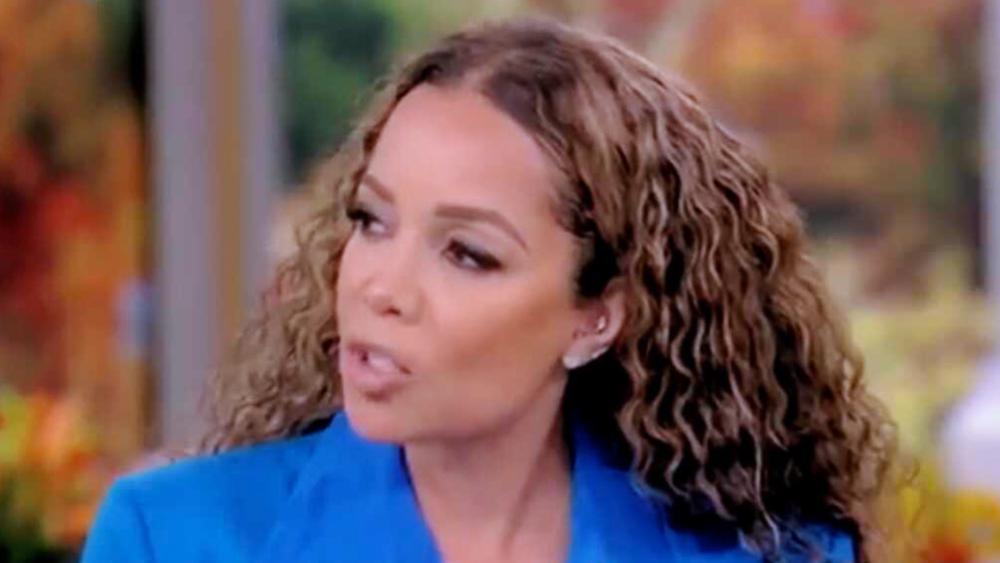 Sunny Hostin, one of the co-hosts of “The View,” claimed Monday that — if Jesus were on earth right now — He would play a leading role in an LGBT Pride parade.

The Son of God, she alleged, would serve as the “grand marshal” of the event.

“I don’t know that they hide behind religion, because I said this on this show once before, Jesus would be the grand marshal at the Pride parade,” said Hostin, who describes herself as Catholic. “I really mean that.”

Sunny Hostin: "Jesus would be the grand marshal at the pride parade." pic.twitter.com/yR3lp51FhR

Hostin made the comment after fellow co-host Sara Haines — who referenced her Christian upbringing — seemingly argued those who take issue with homosexuality “weaponize religion.”

The audience did not seem receptive to Hostin or Haines’ comments.

“I don’t mean about gay people,” Haines said. “I mean in every argument … we weaponize religion.”

At that point, lead co-host Whoopi Goldberg interjected, arguing authentic Christians would recognize — and celebrate — all people as “made in God’s image,” regardless of their sexual orientation or identity.

While all human beings are, in fact, made in God’s image, as it’s written in Genesis 1:27, that does not mean all our choices, thoughts, and actions fall within the parameters of His perfect plan for humanity.

In 1 Corinthians 2:14 (NLT), the Apostle Paul wrote, “But people who aren’t spiritual can’t receive these truths from God’s Spirit. It all sounds foolish to them and they can’t understand it, for only those who are spiritual can understand what the Spirit means.”

The only way we can live as God calls us to — that is, without sin — is through the redemption given to those who accept Jesus as their Savior as a result of His sacrifice on the cross, paying the penalty for our sinful nature.

The conversation on “The View” unfolded as a result of a deadly attack at a gay nightclub in Colorado Springs, Colorado, where five people were killed and 25 others were injured.