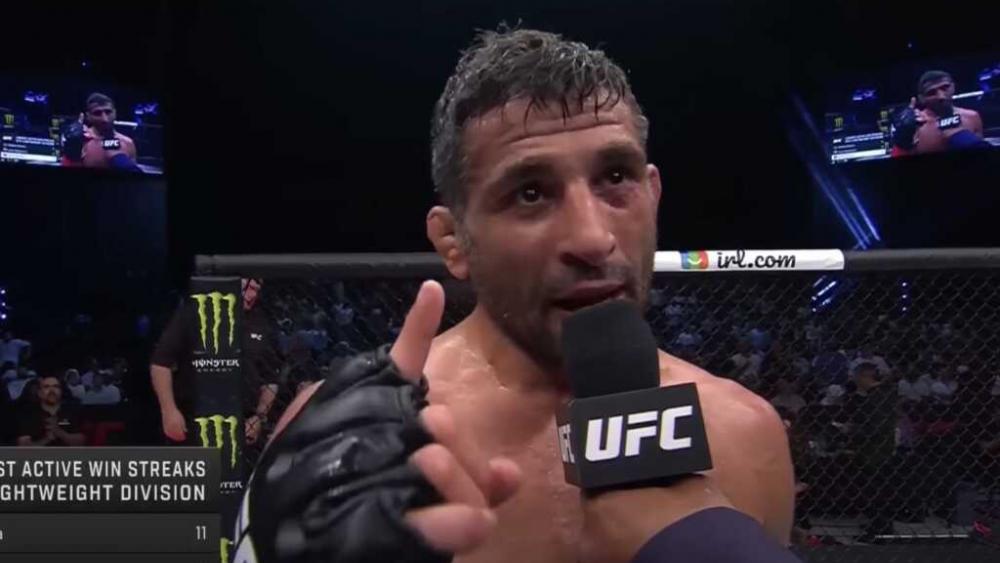 After defeating foe Mateusz Gamrot and scoring his eighth consecutive win, MMA fighter Beneil Dariush, 33, spoke directly to the Iranian people — and pointed them toward Christ.

Dariush, an American who was born in Iran, was asked by a reporter after the fight what it felt like to be victorious, and rather than praise himself, he spoke directly to Iranians about the Christian faith.

“I need to dedicate this fight to: My people in Iran. I know you’re struggling,” he said. “I know you’re fighting for freedom. I know it’s a tough struggle. I want you guys to know we’re praying for you, and we love you.”

“Let me tell you one more thing. This might be the most important thing you’ll ever hear: there is true freedom, a freedom that no one can take from you in the name of Jesus Christ, the son of God,” he said. “Don’t ever forget that. If you remember one thing I say, remember that.”

Dariush faith comments came as Iranians continue to flood the streets one month after a woman named Mahsa Amini, 22, fell into a coma and mysteriously died.

Arrested by the so-called morality police, she was accused of not properly donning her hijab, an Islamic head covering Iranian women are implored to wear in public. It’s unclear what happened next, but Amini inexplicably died, sparking widespread furor and rare public demonstrations.

Some experts wonder if the outrage reverberating throughout Iran will be enough to threaten the restrictive regime. Read more about the story here.