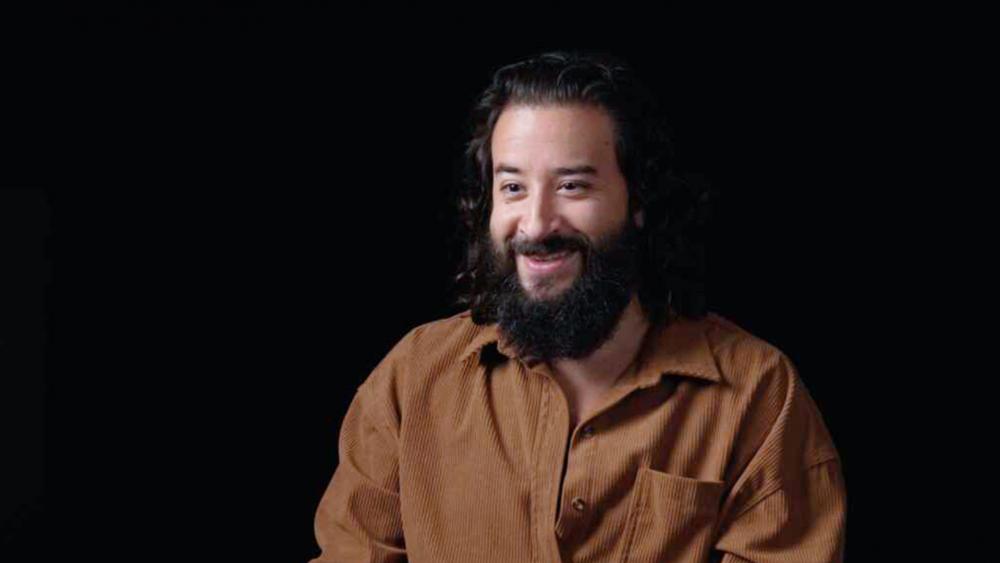 Working on a faith-based project didn’t initially sound appealing to Yoshi Barrigas — the actor portraying the disciple Philip in “The Chosen” — but a chance, or perhaps divine, encounter with pop star Justin Bieber helped change his perspective.

Sitting in a black, folding director’s chair in Midlothian, Texas, just a stone’s throw away from the elaborate set at the center of the forthcoming season of the beloved Bible-based series, Barrigas recalled his “serendipitous” meeting with Bieber as the two men were — unbeknownst to one another — hiking along the same mountainside in Los Angeles.

Listen to Yoshi share his story on the Quick Start podcast

“Well, do you want the long story or the short story?” Barrigas cheekily replied after CBN’s Faithwire asked how he landed his role in “The Chosen,” the crowdfunded series launched in December 2017 by director Dallas Jenkins, the son of “Left Behind” novelist Jerry B. Jenkins.

The relaxed actor meandered through his memories, reflecting on the unexpected experiences that ultimately led him to where he is now, discussing the season-three debut of “The Chosen” as he and his fellow cast mates wrapped filming at Camp Hoblitzelle, a sprawling midwestern space owned by The Salvation Army.

Barrigas’ days are now spent on a first-century set — an impressive plot of land spanning nearly two football fields side-by-side. In a dizzying seven months, the space that was once a cowboy’s playground was transformed into a dazzling depiction of the biblical age.

But Barrigas’ presence there might not have happened without Bieber.

It all unfolded on a hike in Los Angeles, where Barrigas had found a spot to read. As he pored over the book in his hands, he heard clamoring nearby — a group of girls “chirping” with excitement, he said.

Unable to see through the trees what was transpiring, the actor turned his focus back to his book. That is, until he heard a voice across the way: “Hey, what’re you reading over there?”

“I look over, and it was Justin Bieber,” Barrigas said of the disembodied voice reaching out to him. “I told him what I was reading, and we started conversing from afar.”

Moments later, the “Never Say Never” singer sat down with Barrigas, and the two men then talked through life’s ups and downs, as well as the struggles they were each in the midst of processing.

“He interrupted me at one point and said, ‘You know, I’m sorry to interrupt, but I really feel in my bones that I’m meant to introduce you to my church, so would you come?'” the actor remembered. “At the time, I had no real interest in any kind of church, but, as I said to him, ‘I’m not gonna say no to you, man. You’re Justin Bieber. So let’s go.'”

Barrigas spent the next six months, he said, attending church with the 28-year-old pop star, a professing Christian in his own right. Over that half-year period, the actor said he was exposed to the Gospels for the first time, sitting in on sermons from a church that “wasn’t trying to pull me in” or “convert me.”

“They were just teaching the parables of the New Testament,” he said.

It was after that seemingly inexplicable encounter that Barrigas was presented with an opportunity: The chance to audition for the role as one of Jesus’ disciples in “The Chosen.”

“I felt very prepared for it and it felt like something I really wanted and [was] really motivated to get,” the actor said. “And here we are.

Now heading into the third season of “The Chosen,” Barrigas has developed a keen appreciation for the biblical epoch. In fact, he described the series — which has been viewed more than 420 million times — as “this Magic-School-Bus-diving-into-the-Bible-type situation where you’re getting this visual environment coming to life.”

“It’s humanizing the parables [of the New Testament] for people, and certainly for the cast, regardless of what our faith system was or is,” he said. “I think we can all agree that these stories are meaningful and that there’s deep, deep old wisdom in them.”

Barrigas went on to commend Jenkins and the rest of the series’ creators for making the content “approachable to all people,” regardless of viewers’ faith or cultural experience.

“I think if we’re doing the show justice, what we’re doing is we’re just trying to take this text and create a visual environment that represents what the text says. … People who are agnostic or just not interested in faith now will have a way of understanding the text without all this dogma surrounding their entryway, you know? They’re able to freely make up their minds for themselves and connect the material with their eyes now.”

In a surprise announcement this week, Jenkins took to his Facebook page to tell fans season three will receive the red-carpet treatment. The first two episodes of the new season will debut back-to-back in theaters nationwide Nov. 18.

“Obviously,” he added, “it’ll come free and easy to the apps after the theatrical release. As always.” 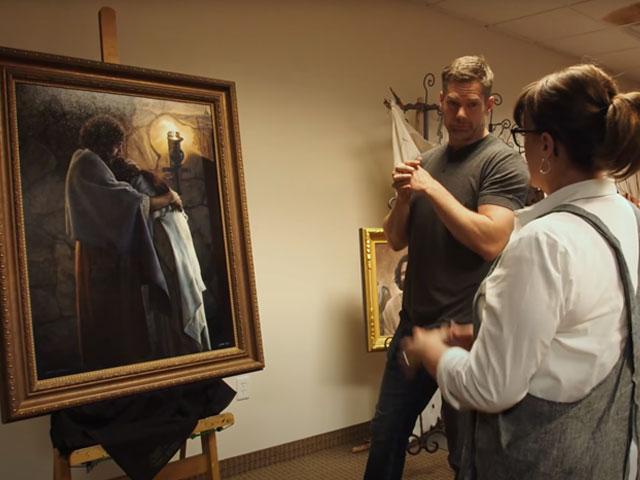 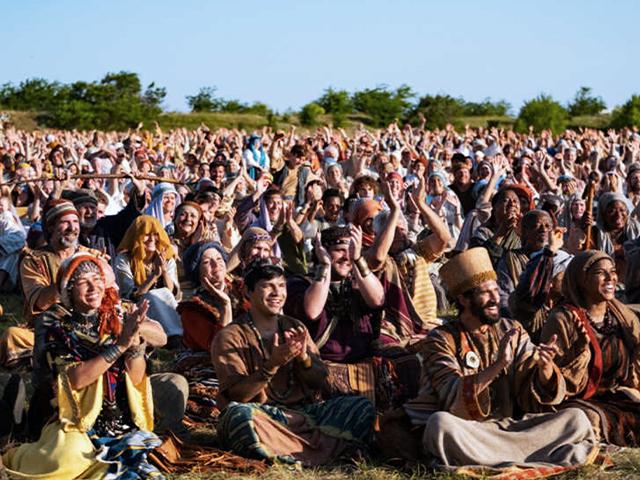