Student Loan Default Is Worse Than We Thought 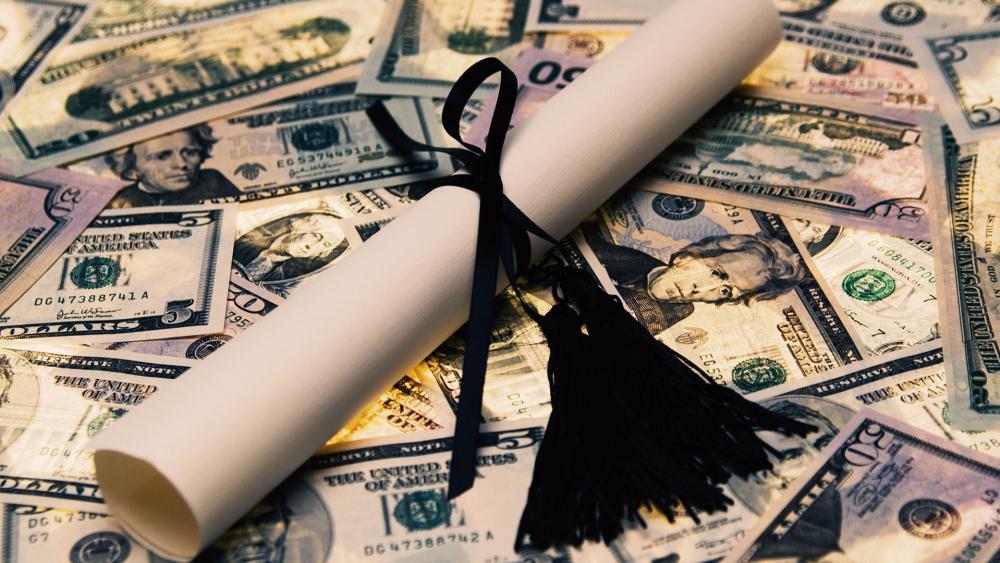 Are you struggling to pay off student loan debt? You have plenty of company, as over 44 million Americans have student loan debts to repay. Total student debt is approaching $1.3 trillion dollars, with borrowers in the 20-30 year old category having an average monthly student loan payment of just over $350.

Are you failing to pay off student loan debt and approaching default? You still have plenty of company — and, according to The Wall Street Journal, more company than anyone realized until recently.

A US Department of Education memo from January 13 stated that the Department's previous statistics on student loan repayment had been erroneously reported due to a programming error. Repayment rates had been overstated for all but 0.2% of the listed colleges and trade schools.

WSJ's review of the revised information paints a grim financial picture. At over 1,000 of the schools in the database (nearly 25% of the total), at least 50% of the students had either defaulted on their loans or made no payments at all against the loan within seven years.

Large-scale non-payment of student loans has broader economic implications. Defaults can have long-lasting ramifications, as student loan debt generally cannot be discharged through bankruptcy. Without massive forgiveness programs or some other means of useful debt relief, a significant segment of an entire generation may be pushed to the economic sidelines — unable to afford a home and provide a market for starter homes, unwilling to start families under such an economic burden, and incapable of saving enough for their retirement.

Will the new Trump administration address the student loan problem? If they do, will the emphasis be more on the macroeconomics of the overall debt or on the microeconomics of individual borrowers? We'll soon see what balance is achieved.

Your Loan Servicer Is Not Necessarily Your Friend

The Department of Education is the largest provider of student loans, with approximately 90% of the overall market. However, those loans are typically serviced by private groups such as Navient (formerly part of Sallie Mae, the former government-sponsored enterprise (GSE) turned private corporation), Nelnet, and CornerStone. If you have a federal student loan, you can find out who your servicer is by logging onto the Federal Student Aid website.

The Department of Education has a focus on the student borrowers, but as private entities, loan servicers have profit incentives to consider. That incentive can lead to poor experiences for borrowers, and the recent action by the Consumer Financial Protection Bureau (CFPB) illustrates that problem.

CFPB has filed a lawsuit against Navient, the largest student loan servicer in the US, for multiple violations against student loan borrowers. The CFPB announcement stated that Navient "failed to provide the most basic functions of adequate student loan servicing at every stage of repayment." Among the charges: failing to allocate borrower payments across accounts as requested, steering struggling borrowers toward forbearance instead of toward applying for lower, income-driven monthly payment plans (thus accruing greater interest charges during the forbearance period), and obscuring information that borrowers needed to maintain lower payments.

Navient's subsidiary, Pioneer Credit Recovery, is also charged with misrepresenting aspects of the federal loan rehabilitation program that assists student loan borrowers in default. Borrowers were led to believe that completing the program would "remove all adverse information about the defaulted loan" from their credit reports. Collection fees were also misrepresented, according to CFPB.

Navient is fighting the charges, calling them "false assertions" and that the timing of the lawsuit "reflects their  [CFPB's]  political motivations." The release refers to a "CFPB ultimatum to settle by Inauguration Day or be sued." The President-elect is unlikely to be sympathetic to the CFPB, but he is also keenly aware that he was elected in large part by struggling working-class Americans looking for improvement in their financial situation.

Privatization to the Rescue?

Apparently, the stock market believes President Trump's response will be increased privatization. Navient and Nelnet stocks have increased by nearly 26% and 18% respectively since the election, and Sallie Mae's stock is up by over 50%. Trump's contentious selection of Betsy DeVos as the Secretary of Education fits into the privatization premise.

In the past, Trump has called for a shift in student lending from the federal government toward private lenders. That's a shift back to pre-2010 rules, before the Obama administration consolidated all federal student loans into the Direct Loan program.

According to Forbes, Trump cited excessive "profit" that the government receives from student loans, a questionable premise when defaults are factored in — but does a shift to privatization simply move profits toward banks, or will it benefit borrowers through lower rates? The latter scenario appears unlikely, as interest rates from public sources should be well below those offered through comparable private options that will take risk into account.

As for those already in trouble with their loans, Trump has proposed a different income-based repayment plan capping student loan payments at 12.5% of income with any remaining debt forgiven after 15 years of payments. Existing income-driven repayment plans cap payments at a lower percentage of income for a longer time, so it's hard to see how such a change helps those in or near default.

Ultimately the best Trump could do may be helping to provide more jobs for many of these student debtors (and future student debtors), if his program of economic growth succeeds.

Student loan debt may not be at the top of the Trump administration's priorities, but the issue could force its way up the ladder as the broader economic ramifications sink in. The market seems to think Trump will be reversing course toward increased privatization. However, if the last year has taught us anything about Donald Trump, it's that his policy path is unpredictable and sometimes contradictory.

In the meantime, those struggling with student loan debt need the Federal Student Aid website as a resource to review their options. If you truly understand the options that you have, you can effectively push back against a loan servicer that is steering you toward programs for their benefit instead of yours. The website also contains a useful guide to resolving disputes with your loan servicer.

For students just entering their higher educational years, college must be seen as the means to an employment end and not just another four years to put off real life. Colleges and trade schools are supposed to expand your knowledge and prepare you for the transition to life on your own. Take advantage of all internships, networks, and connections that can help you connect to the working world. This increases your chances of employment regardless of the job market, and can allow you to attack student loan debts armed with a regular paycheck.

It would be useful if either the government or private industry provided a means of controlling and supplementing college costs and ensuring that Americans get more value for their collegiate investment, as well as helping graduates who are currently suffering from excessive student loan debt — but don't bet your future on it.

Find out quickly at what rate you can refinance your student loan.